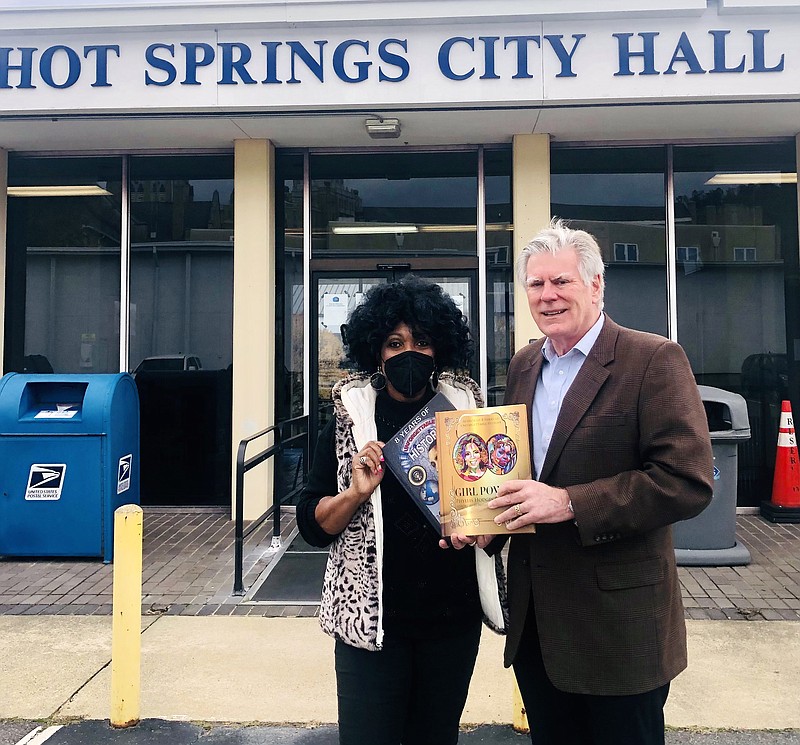 Though she began her statewide tour in El Dorado last month, she first visited with school superintendents and city officials in her native Little Rock after the COVID-19 pandemic started to subside.

"I know our children, I know people, need to know about both of these books," she said. "So now, when everything was beginning to be lifted, I stepped out on faith and I went and I visited with the superintendent of the Little Rock School District."

From there, she would go on to visit with the North Little Rock School District and the Pulaski County Special School District, providing books for school and public library media centers. Along with Hot Springs, she recently visited England, Lonoke and Jacksonville.

"The light bulb went on and I'm saying, 'I'm not just interested in Little Rock; I want children from all over the state.' And then we're going to step it a little bit further over the world, but right now it's strictly the statewide book tour," she said.

Both of the books, she noted, help people realize that they can be empowered and deserve to be, "especially in a time as this."

"There was so much division, or hatred, in our lifetime, and now we need to look at ourselves and say, 'We can support each other. We can do this,'" she said.

She describes "8 Years of Unforgettable History" as a "living history, Arkansas history, American history, current history and African American history five-in-one." Hodges, who began writing in 2006, said when she was a little girl she detested history.

"Everybody that looked like me was downtrodden, didn't have anything, and most people in history books were deceased," she said. "I just hated history. So as time passed, we started to hear positive things. When our former President Barack Obama was actually a senator, I was inspired. Didn't have any money to go to Washington, D.C., for the inauguration or any of that, so I sat in front of the television, got my telephone and I was taking pictures, and nobody could have told me that I wasn't in Washington, D.C., with everybody else."

As she began taking notes and doing research, originally planning to write a book about such history for her family, she realized when it was completed in 2018 that she wanted to expand that scope.

"When I started doing research regarding all of these Arkansans that are legends and people don't even know about them, I'm saying, 'Not only do my family need to know this -- the world needs to know it.' So this is what I decided to do, I started literally going from school to school, one school at a time, in Little Rock, Arkansas, where I reside, and the media centers started to say, 'OK, this is good. We need this book.' So they started to put the book in the media center," she said.

She said she has come to enjoy the touring aspect alone, getting to meet with so many different people.

"I'm excited because this is one thing that I do, and I make almost a game out of it: I tell the superintendents and I tell the mayors I want to provide a real quick test for them. They'll look at me and I'll say, 'Yes, this is going to be a little quiz.' They said, 'OK.' So I name the individuals from the book. I name them and I ask the superintendents and I ask the mayors, 'Are you familiar with these people?' And they got these little funny, cute little expressions on their faces, because they really don't," she said.

"Most of them are Arkansans. That's the reason we need our children to be familiar with what's going on around them."

Her idea to write "Girl Power" came during the midst of the pandemic. It is a motivational book that tells the stories of such women as Michelle Obama, Oprah Winfrey and Ellen DeGeneres, but also her own mother Rose Wright and Arkadelphia native Martha Smith Dixon, who designed and created gowns for former first lady Hillary Rodham Clinton.

"Young girls and adult women, a lot of times, they're looking at businesswomen or maybe looking at celebrities or people and they are trying to be that person instead of looking in the mirror, seeing themselves wonderfully and beautifully made," she said. "I have these (famous) individuals but I did not leave out myself and, most certainly, I did not leave out my mom. She was my first teacher. She's my biggest fan and supporter. So all of these pictures are on the book along with this mirror."

At the back of "Girl Power," there is a section where children can start "looking at themselves, talking about who they are, who they want to become, who are some of the family members that are, if you will, movers and shakers or legends or heroes, and I let them know, 'Look in the mirror. It's not too late,'" she said. 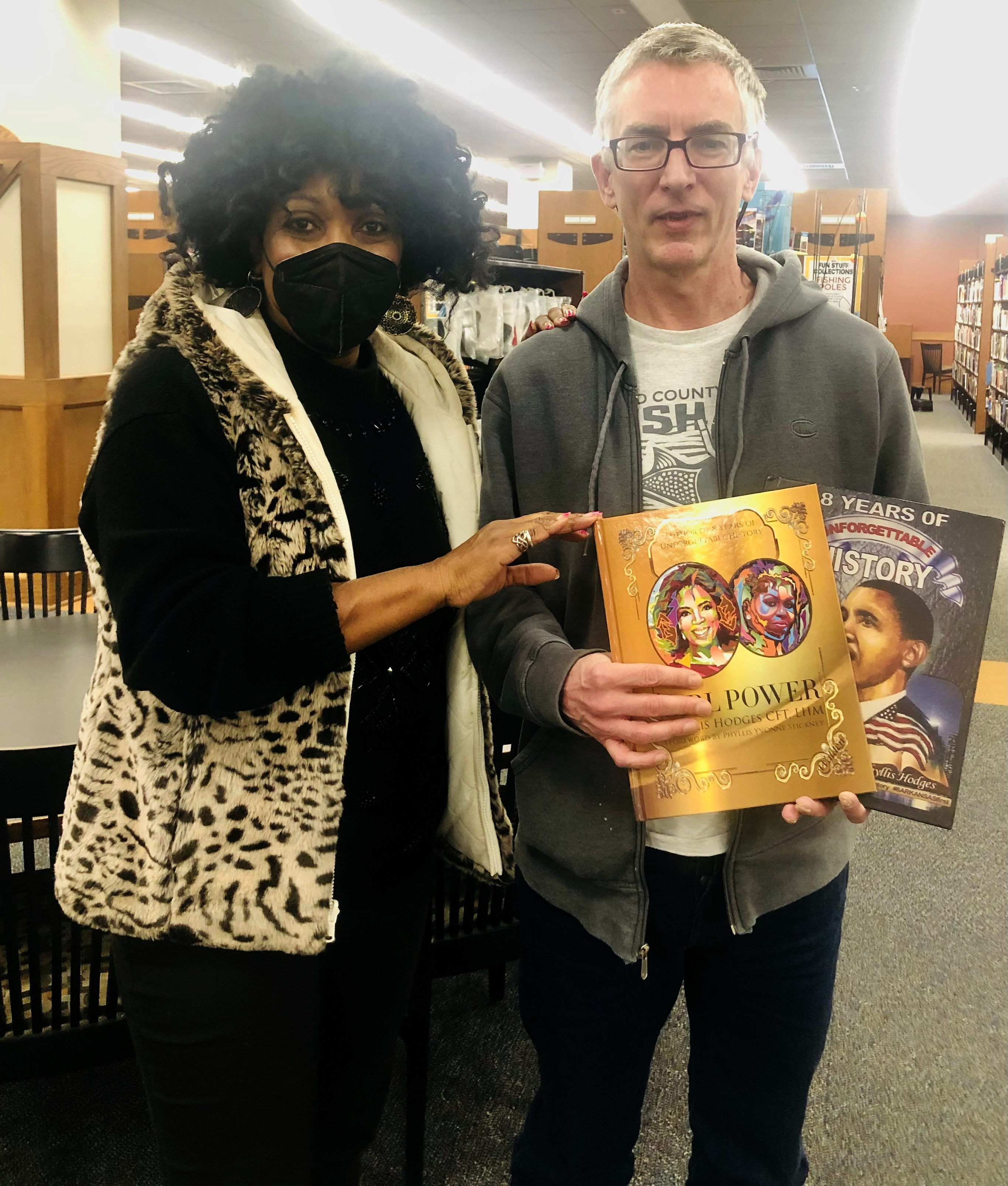 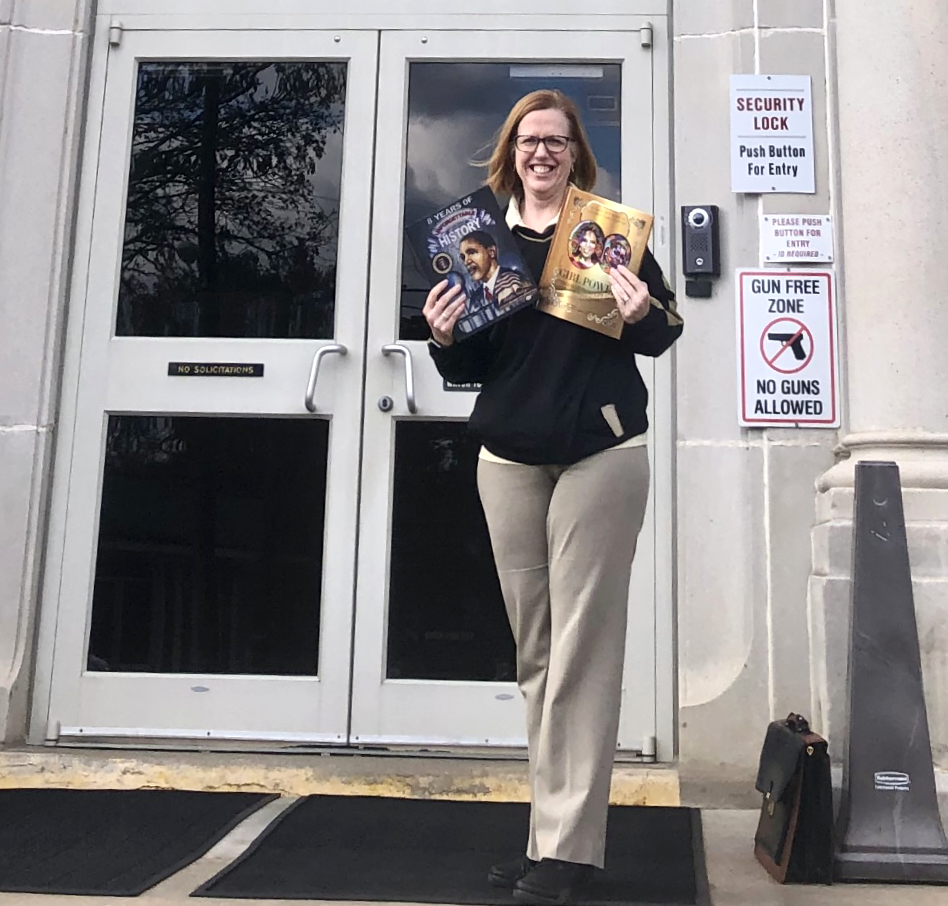