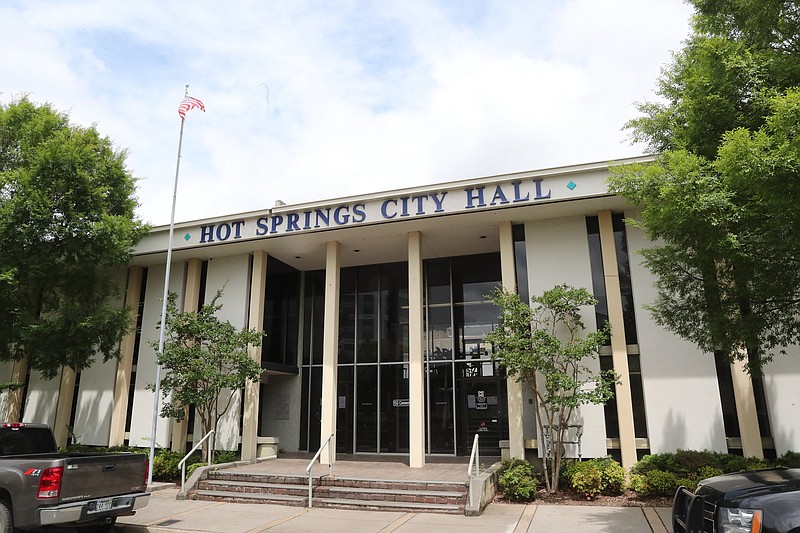 The $151.77 million 2023 budget the Hot Springs Board of Directors adopted Nov. 15 included a 3% cost-of-living adjustment for city employees.

The board also approved a $1,200 end-of-year bonus for full-time employees and a $600 bonus for part-time workers. Balances in the general and enterprise funds will pay for the bonuses, which will be included in the first payroll checks issued next month. The general fund will bear $573,250 of the cost.

He said the general fund is projected to start next year with a $15 million balance.

The dental and vision plan the board authorized for next year raised the maximum dental benefit from $1,000 to $4,000. The 23-cent increase in the monthly fee per employee will cost $37,000. A cash balance in the ciwty's self-insured health care plan that's grown 140% in five years enabled the coverage increase.

According to information presented at last month's budget work session, the plan had an $8.60 million balance as of Oct. 21. The surplus follows the combined $2.7 million negative balance the city realized in 2014 and 2015, prompting changes that included charging employees higher out-of-pocket costs for emergency room visits and making them responsible for out-of-network nonemergency claims.

The board discussed using the surplus to waive the $20 monthly employee contribution or lower premiums for dependent coverage, but Burrough advised against it. Coverage for a spouse or child is about $500 a month. Family coverage costs more than $800 a month.

"A couple of catastrophic claims can change that," he told the board. "One of the major impacts to our insurance was dependent coverage and the number of claims we were receiving from dependents. I think that's something we'd have to cautiously wade into."

The board renewed the city's agreement with QualChoice, the plan's third-party administrator since 2017. According to the agreement, the city will pay a monthly $18.30 medical administration fee per employee. The resolution authorizing the agreement waived competitive bidding, citing the exemption for renewals or extensions of existing contracts.

It's one of more than 20 exemptions the Legislature added to the specific purchases and contracts section of the state code.

The board also renewed the city's stop-loss coverage with Bardon Insurance Group. According to the agreement, the plan faces a maximum liability of $4.29 million next year, an increase of $200,000 from the current maximum exposure.

The coverage has a $100,000 deductible for individuals, with Bardon covering claims over that amount, but coverage doesn't activate until the overage of all plan members totals $60,000.

Bardon was one of five carriers from which QualChoice solicited proposals. The city said three declined to respond and Starline Group's quote wasn't competitive with Bardon.