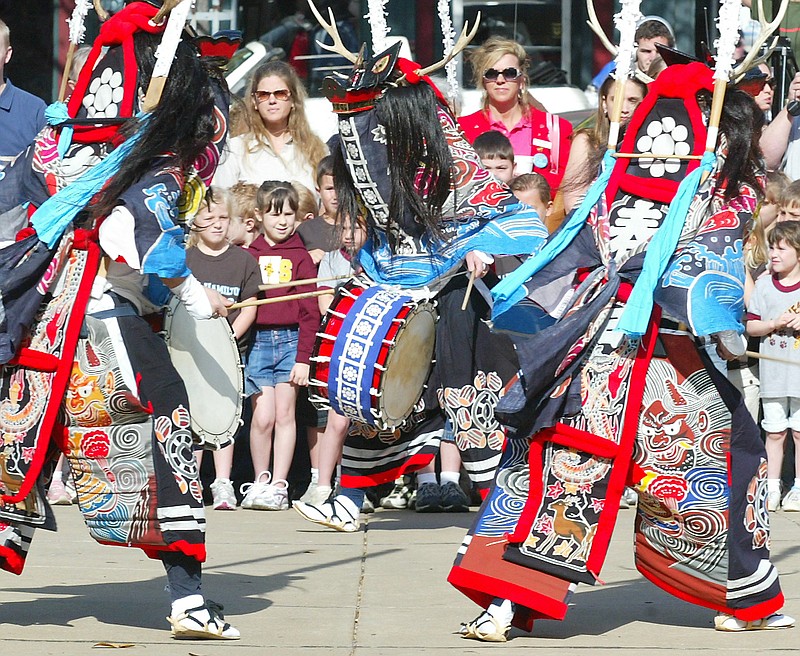 EDITOR'S NOTE: This is the final installment of a two-part series about the upcoming 30th anniversary of the Sister City program.

Celebrating 30 years of a Sister City relationship, Hot Springs and Hanamaki, Japan, have grown closer with each passing year.

Although the two cities are separated by 6,267 miles, they share a bond that continues to grow deeper and stronger. The relationship began on Jan. 15, 1993.

"If you look at participation," said Mary Zunick, the cultural affairs manager for Visit Hot Springs and executive director of the Hot Springs Sister City Program. (Zunick has been part of the program for 14 years, not since the program's inception, as stated in the first installment of this series.)

The Sister City relationship between the two began after a group of Hanamaki residents searched the United States and found Hot Springs to be perfectly suited for the venture.

"When I visit Hot Springs, I always feel like home," Kohei Kashiwaba, one of the first student delegates from Japan, said.

"It's like my second hometown. We both have hot springs, and we both are surrounded by the beautiful nature. The size and population of our cities were similar when we signed," he said.

Rutland originally signed a Sister City agreement in 1985 with a smaller community called Ishidoriya, 7 miles north of Hanamaki. Ishidoriya was subsequently consolidated into Hanamaki in 2006 with two other small communities. This was done as part of a recent implementation of Japan's municipal mergers that have incrementally decreased the number of municipalities from 71,314 in 1889 to 1,821 in 2006.

In like fashion, Berndorf, Austria, entered into an agreement with the town of Ohasama, Japan, which was also subsequently consolidated into Hanamaki in 1964.

"I'd always wanted to visit countries outside of Japan and my first destination was Hot Springs," Kashiwaba said.

"I was very excited to attend the signing ceremony where Hot Springs and Hanamaki became sister cities because I witnessed the moment the history was made. Everyone was kind, friendly and welcoming. At that time my English was far from good and I had a hard time communicating, but my host family was very patient with me," he said.

"It gave me a great motivation to learn English. I studied English very hard after I came back to Japan and here I am. I would never have been who I am today without having been involved in this wonderful program."

After his initial visit, Kashiwaba returned to Arkansas to study at UALR from 1997-1999 before transferring to the University of Illinois at Chicago and finishing his degree in international politics. He then went to work in Washington, D.C. In total, he stayed in the U.S. for about six years.

Now back in Hanamaki, Kashiwaba works as a program host for the local community radio station, and sometimes features guests visiting from Hot Springs. Whenever Hot Springs residents visit, Kashiwaba acts as a guide-interpreter and shows them around the city.

In previous anniversary years, there have been big celebrations and large delegations. In 2018, for example, Hot Springs sent a group of 25 to commemorate 25 years. Planning is underway for the first visit by either city since the pandemic.

For some, it will be a reunion of sorts, and for others, an exciting chance to meet new people with a unique connection.

"I'll definitely be ready for the 30th anniversary," said Kashiwaba. "Since we didn't see each other in person for the last three years, I can't wait to see my friends in Hot Springs. Those who haven't made it to Hanamaki yet, this is your chance to come visit us now that Japan is opening up for tourists and the Japanese yen is cheap."

Applications are now open until Jan. 6, 2023, to participate in the 30th-anniversary student or teacher delegations. Students are set to go in June and teachers in July. Plans to send a citizen delegation are underway for a September trip.