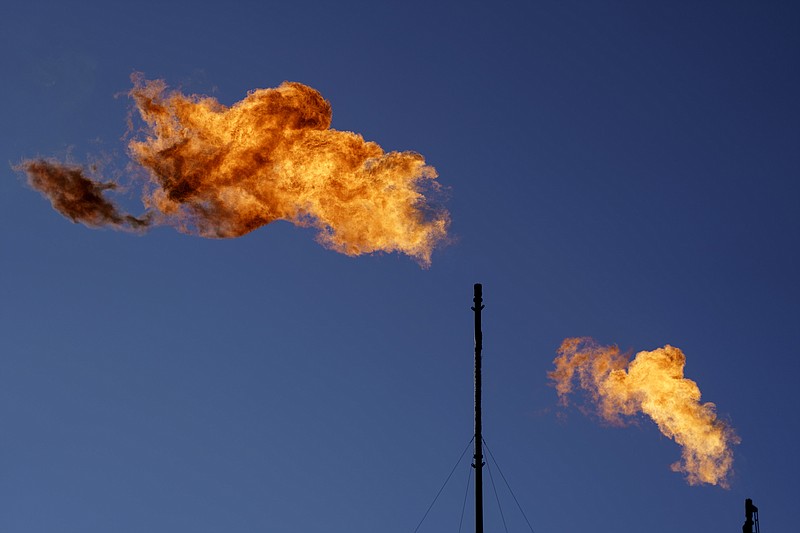 FILE - Flares burn off methane and other hydrocarbons at an oil and gas facility in Lenorah, Texas, Friday, Oct. 15, 2021. Climate scientists have found that methane emissions from the oil and gas industry are far worse than what companies are reporting, despite claims by some major firms that they’ve reduced their emissions. (AP Photo/David Goldman, File)

NEW YORK -- Scientists have been measuring the scale of the massive methane leak from damaged pipelines in the Baltic Sea, with the latest figures equating the levels of gas escaping to the annual emissions of some whole countries. It is believed to be the single biggest recorded gas leak over a short period of time.

But as serious as the methane escaping from ruptured pipelines may be, there are alarming incidents of massive methane releases around the world frequently.

Climate scientists have found that methane emissions from the oil and gas industry are far worse than what companies are reporting, despite claims by some major firms that they've reduced their emissions. That matters because natural gas, a fossil fuel widely used to heat homes and provide electricity, is made up of methane, a potent climate warming gas. It escapes into the atmosphere from well sites and across the natural gas distribution network, from pipelines and compressor stations, to the export terminals that liquefy gas to ship it overseas.

Scientists measuring methane from satellites in space have found that methane emissions from oil and gas operations are usually at least twice what companies reported, said Thomas Lauvaux, a scientist at University of Reims in France. In the Permian Basin, the largest oil and gas field in the United States, methane emissions were two to three times higher than what companies reported, he said.

"Everybody claims they have reduced their emissions, but it's not true," Lauvaux said.

Governments around the world, especially in the U.S., are also notorious for underestimating how much methane escapes into the air, said Cornell University ecology and biology professor Robert Howarth, who studies natural gas emissions.

The U.S. Environmental Protection Agency uses voluntary self-reporting from industry instead of independent verification, which is what's needed, Howarth said.

Globally, Turkmenistan is among the worst offenders for releasing methane into the atmosphere, while Saudi Arabia is among the best at capturing it based on satellite observations, Lauvaux said. The U.S. falls somewhere in the middle with some companies capturing methane pretty well and others performing terribly.

Lauvaux and other scientists have observed more than 1,500 major methane leaks globally, and potentially tens of thousands of smaller leaks, using satellites, he said.

Most of the oil and gas industry's methane emissions come from pipelines and compressor stations, according to Kayrros, a company which analyzes satellite data.

Many of those so-called leaks are not accidental; they occur when companies perform routine maintenance. For example when a pipeline needs repair, operators need to bleed gas out so they can weld without an explosion. But instead of capturing the gas most companies just open the pipeline and release the methane into the air, a practice which is legal in the U.S. and elsewhere. Some companies do capture methane instead of just releasing it, but more could adopt the practice, scientists said.

One way the oil and gas industry tries to reduce methane emissions is by flaring, or burning off, what they consider excess gas. Companies might employ a flare when they're drilling for oil, and gas comes up along with the oil. If they don't have the pipeline infrastructure to transport it to customers, or if they've decided that gas, which is generally cheaper than oil, isn't worth the effort, they may send the gas up a flare stack to burn it off.

In Turkmenistan, scientists found flares malfunctioning for as long as three years. "This gas is just pouring into the atmosphere," Lauvaux said.

A study released Thursday by scientists at the University of Michigan found that flaring releases five times more methane in the U.S. than previously thought. Flares, they found, are often unlit or not working, allowing gas to escape directly into the atmosphere.

Reducing flaring or making sure flares are working properly would go a long way, said Genevieve Plant, a lead author of the study and climate scientist at University of Michigan.

"If we take action soon, it will have a large climate impact," Plant said.

Fossil fuels are by no means the only source of methane. The gas can come from decaying garbage in landfills and livestock agriculture, even plants breaking down in reservoir dams. Fossil methane may make up some 30% of the total.

David Archer is a professor in the geophysical sciences department at University of Chicago and focuses on the global carbon cycle. He thinks much of the methane that has escaped from the Baltic Sea pipelines dissolved in the water.

The leak is dramatic, but it doesn't compare to the daily impact of methane emitters such as agricultural operations, Archer said.

The amounts "from oil wells and cattle are much larger, just harder to visualize. If the explosion in the Baltic looks large, it's because it's concentrated," he said. 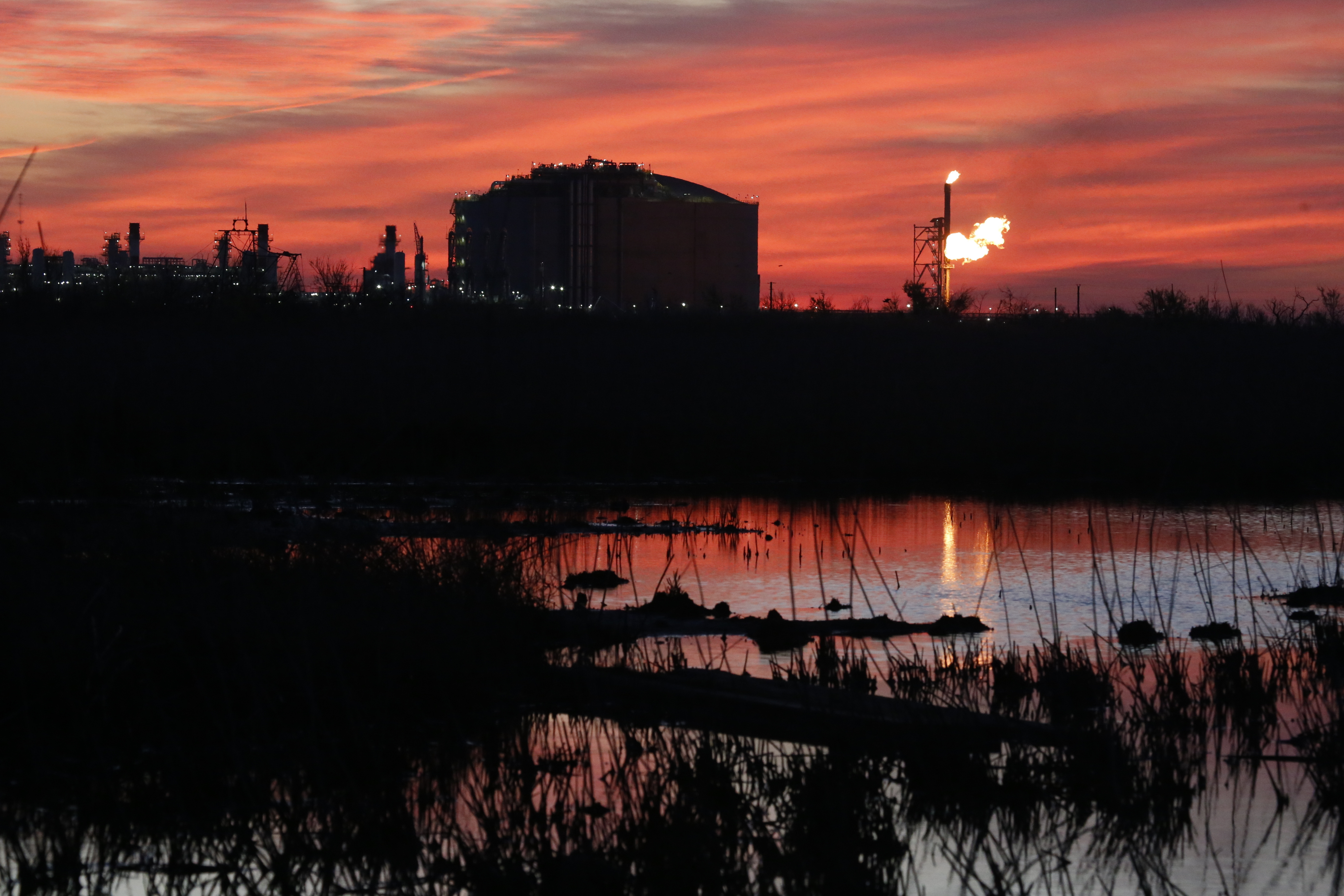 FILE - A flare burns at Venture Global LNG in Cameron, La., on Friday, April 21, 2022. Climate scientists have found that methane emissions from the oil and gas industry are far worse than what companies are reporting, despite claims by some major firms that they’ve reduced their emissions. (AP Photo/Martha Irvine, File)