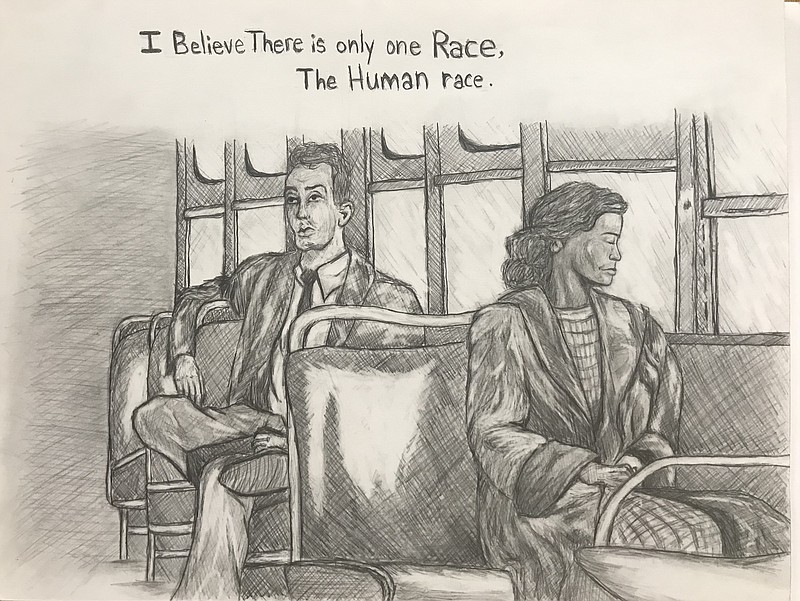 Winners were announced on Sept. 24 during a special event at the Arkansas state Capitol rotunda.

Riley expressed surprise to be chosen as a finalist.

"I really wasn't expecting to be a finalist, so I was just like, 'OK, that works,'" he said.

Riley, whose interest has always leaned more towards the musical side of the arts, was inspired to create his piece using a yin yang concept, entitled "Primary Diad."

"It's sort of typical and mundane skyline structure, and the other half is, like, more esoteric architecture and stuff," he said. "It's meant to contrast different people having to coexist on the planet."

Sponsored by a grant from the National Park Service, in partnership with Jefferson National Parks Association and the Little Rock Central High School National Historic Site, Arkansas Peace Week features various activities meant to educate and promote peace while raising awareness for organizations that help do so.

The state holds such events as the essay and art contests during the third week of September each year, in coordination with the United Nations International Day of Peace. Arkansas' theme for 2022 is "End racism. Build peace."

Over 1,300 entries from across the state addressed the theme of peace and how it could be depicted throughout a community.

Humble, a freshman at Jessieville, said she has been drawing ever since she can remember. That practice, she noted, allowed her to gradually improve each year. Her piece entitled "Equanimity" featured a setting at Times Square in New York City.

"It showed how calm everybody could be, just going about everyday life, without any differences. It was just tranquillity and calm," she said.

"I thought that racism is usually pointed towards one race, and I wanted to show that there's other races that go through hate and stuff," she said. "So I wanted to make sure that people see that and they consider they're all equal and they're still the same person."

McKnight, a senior at Jessieville who was unable to attend the interview, secured first place with her entry, "Peace Over Racism." She chose to depict the Daisy Bates bus scene, using graphite and pencil, noting "I Believe There is only one Race, The Human race." Bates was an American civil rights activist who played a leading role in the 1957 Little Rock Integration Crisis.

"I'm very proud," said Jessieville High School art teacher, Marla Carter. "I have a lot of talent, obviously. ... The (art program) has grown and grown and I have larger groups every year. I think the first year for our art club we had three students, and now we have like 30. So it's a good program and our school has a nice art budget.

"I've been really blessed, like, if I need something, it's supplied for us. So a lot of talented students and they're hard workers too," she said.

This year was Jessieville's first to enter the contest and Carter said she will likely have more enter again next year. 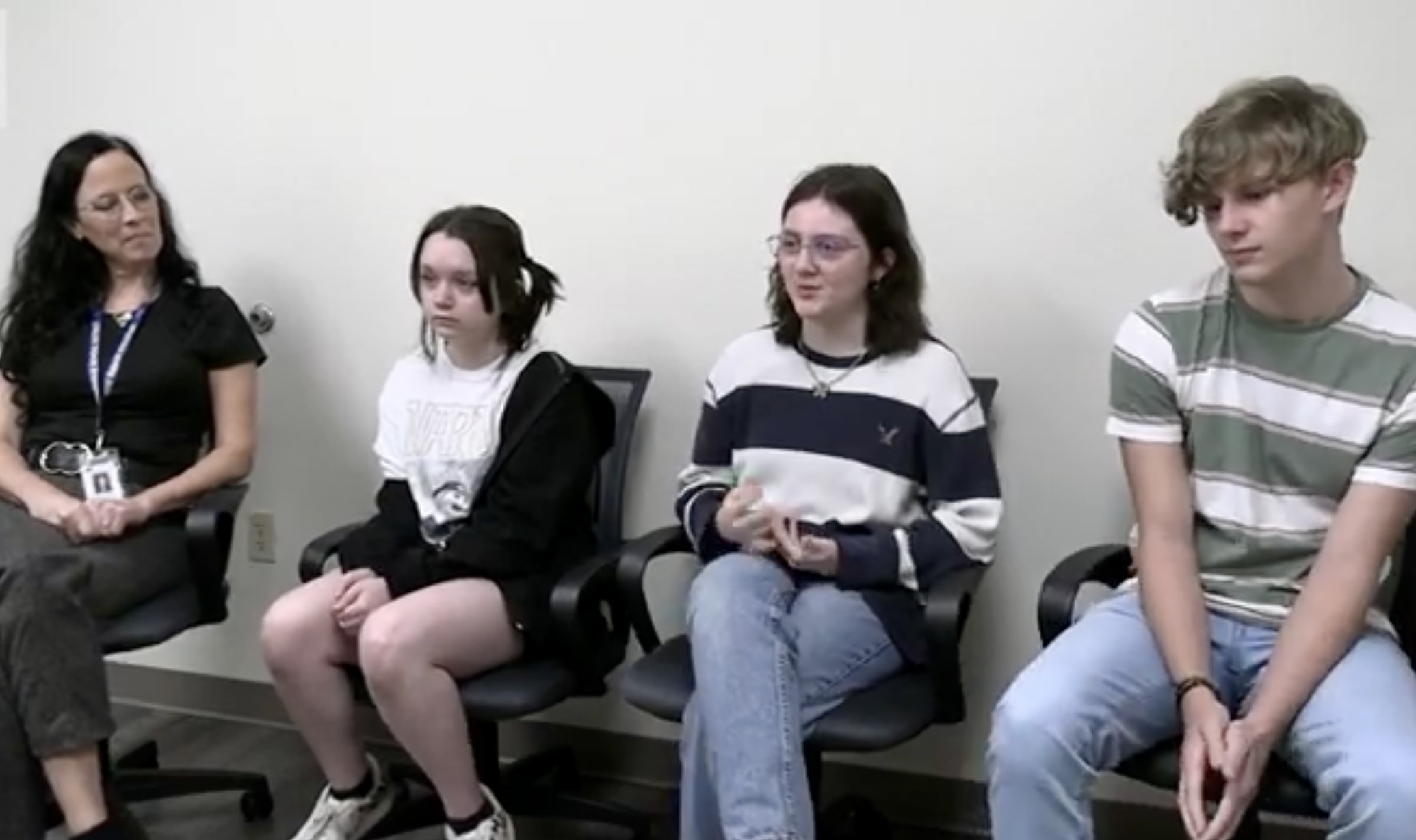