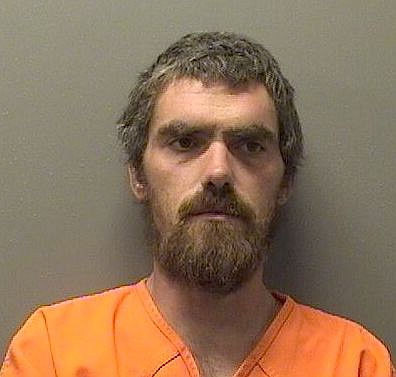 A reportedly homeless man was arrested Sunday night on a felony animal cruelty charge after allegedly beating a puppy in the head with "a large stick."

Adrian Dean Lyles-Carlson, 31, who lists "city streets" as his residence, was taken into custody shortly after 8 p.m. and charged with aggravated cruelty to a dog, cat or horse, a felony punishable by up to six years in prison.

Lyles-Carlson, who lists no prior criminal history, was being held on a $2,500 bond and was set to appear Monday in Garland County District Court.

A female witness stated she had seen a white male striking a tan and white puppy several times in the head with "a large stick." The woman said she heard the puppy "yelping and crying loudly" and provided a clothing description of the man involved.

Steed made contact with a man, later identified as Lyles-Carlson, holding a puppy at the corner of Malvern Avenue and East Grand and noted he fit the description. A stick that was around 7 feet long was lying next to him and the witness stated that was the stick he used to hit the puppy.

The affidavit noted Lyles-Carlson was also observed "punching the puppy" repeatedly with his fists. He was taken into custody and transported to the Garland County Detention Center for processing.

While en route to the jail, he reportedly made a spontaneous statement that he "hit his dog" because he "could not feel the dog breathing" because he has nerve damage in his hands. He reportedly stated the 8- to 10-week-old puppy was his "trained service animal."

Hot Springs Animal Services responded to the scene of the incident and took custody of the puppy.