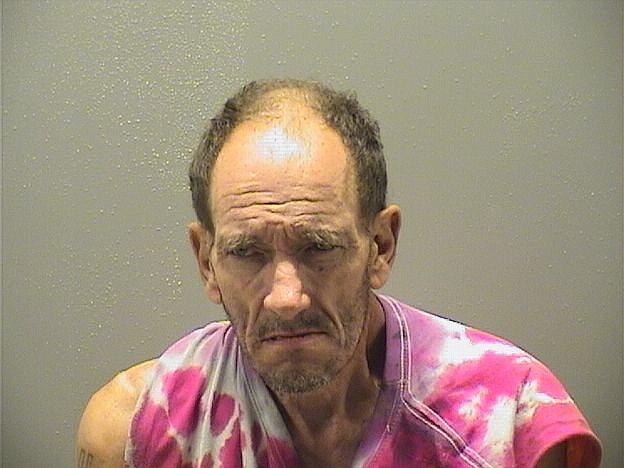 A local man reportedly riding his bicycle at night without a rear light was soon arrested on felony and misdemeanor charges after drugs were allegedly found in his possession.

Daugherty was being held on an $8,500 bond and was set to appear Wednesday in Garland County District Court. According to court records, he was convicted in Pulaski County of a felony count of possession of a controlled substance on June 30 and sentenced to two years' supervised probation.

According to the probable cause affidavit, at around 8:15 p.m., Hot Springs police Cpl. Jarret Cantrell and Officer 1st Class William Stockwell spotted a white male with a backpack riding a bicycle without a rear light in the 600 block of Seventh Street, so they made a traffic stop.

They made contact with the male, identified as Daugherty, and a computer check showed he was on active parole with a search waiver on file. In searching his front pocket, officers allegedly found a plastic bag of marijuana, a total of 8.3 grams, and a marijuana grinder.

Daugherty allegedly made a statement he was allowed to have it while on parole, but he didn't have a medical marijuana card in his possession.

Stockwell continued searching and allegedly located a plastic container and a pill bottle connected to Daugherty's belt buckle with a clip. Inside the pill bottle, he reportedly found a large plastic bag and a smaller plastic bag, both containing what later tested positive for meth, a total of 10.7 grams.

In searching the backpack, officers allegedly found a clear glass meth pipe. The container removed from his belt allegedly contained a black digital scale, so Daugherty was taken into custody at that time.