Felon who fled on bike sentenced to six years on gun, drug charges 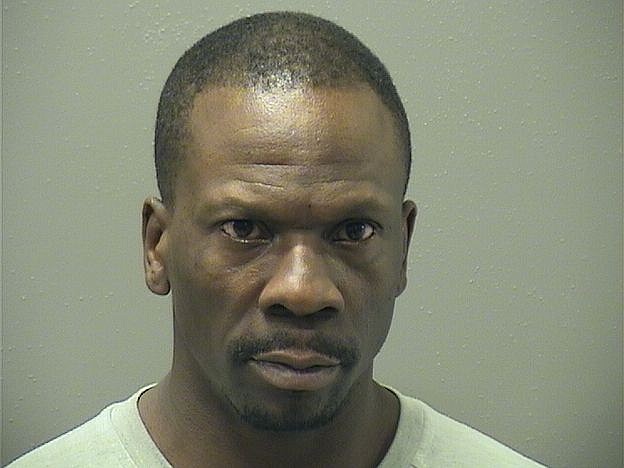 A local felon caught with drugs and a handgun last year after fleeing from Hot Springs police on a bicycle and being shocked with a Taser was sentenced to six years in prison Wednesday after pleading guilty to charges.

Timothy Odell Joyce, 46, who has remained in custody since his arrest on Nov. 3, pleaded guilty in Garland County Circuit Court to felony charges of possession of a firearm by certain persons and possession of a controlled substance, meth, and was sentenced to six years in prison on each count, to run concurrently, and ordered to pay $315 in court costs.

An additional felony charge of simultaneous possession of drugs and a firearm and misdemeanor counts of fleeing and resisting arrest were withdrawn. Joyce was sought on a misdemeanor warrant for violation of a no-contact order at the time of his arrest which he pleaded no contest to on March 31 in Garland County District Court and was sentenced to one year in jail.

According to the probable cause affidavit, on Nov. 3, 2021, around 12:15 a.m., HSPD Officer Cash Murray was patrolling in the area of Summer and Freida streets when he spotted a man on a bicycle traveling on the left side of the road with no lights on the front or rear of his bicycle.

He approached the man, later identified as Joyce, in his vehicle and Joyce "immediately became aggressive" screaming at Murray to "leave him alone." The officer activated his lights and ordered Joyce to stop, at which point he reversed direction and attempted to flee despite repeated commands to stop.

Murray drew and fired his Taser and Joyce fell from the bicycle. Multiple officers had responded and tried to take Joyce into custody but he "continued to struggle," reaching his arms underneath him and refusing all commands.

Murray used his Taser again and officers were finally able to get Joyce handcuffed and into custody. In searching him, officers found a baggie with 1.6 grams of what later tested positive for meth, a loaded Glock .40-caliber handgun and two loaded magazines in his pocket. They also discovered the active warrant for his arrest.

He was taken into custody and held on a zero bond parole hold. He had pleaded not guilty to the charges on Jan. 5 and the case has been continued multiple times until being set for a disposition hearing on Wednesday.