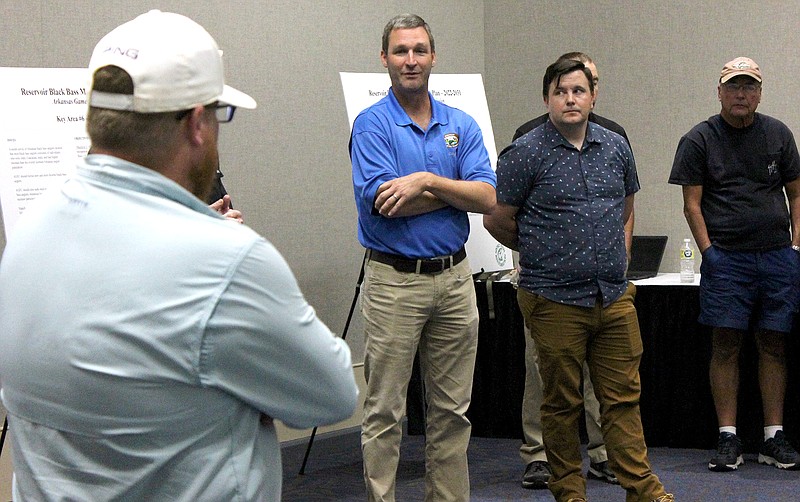 Arkansas Game and Fish Fisheries Chief Jason Olive, second from left, talks to an attendee at Tuesday's Black Bass Management Program forum at the Hot Springs Convention Center as Garland County Library Director Adam Webb and others look on. - Photo by James Leigh of The Sentinel-Record

Several members of the Arkansas Game and Fish Commission Fisheries Division were on hand at the Hot Springs Convention Center Tuesday evening to discuss the draft of the new Reservoir Black Bass Management Program.

About 10 anglers attended the event, asking questions about the program's main points. The plan focuses on seven key areas that AGFC looks to use as the basis for its work for the next decade.

One of the top topics discussed was the possibility of a ShareLunker program similar to what Texas Parks and Wildlife uses. The program encourages anglers landing largemouth bass weighing over 8 pounds or measuring over 24 inches to enter their catch information for the chance to win prizes.

"We're looking at two states and the things that they're doing," AGFC Black Bass Program Coordinator Vic DiCenzo said. "So obviously (Texas) Parks and Wildlife and the ShareLunker program, but also Florida Wildlife Conservation Commission with the TrophyCatch program, which is more citizen science, angler recognition. So the one place that we can start fairly quickly is an angler recognition program."

The current name for the proposed program is Project Razorbass, and the program will be a free recognition program for anglers catching largemouth bass over 8 pounds or 23 inches.

The Texas program allows anglers catching largemouth bass over 13 pounds to donate it during spawning season to help improve the genes for larger bass going forward, but that is not something that can be done in Arkansas at this time, Fisheries Chief Jason Olive said.

Olive said part of the renovations for the Joe Hogan State Hatchery in Lonoke includes a quarantine area that could be used as part of a ShareLunker program.

Another part of the plan that drew interest was the improvement of access and facilities at several reservoirs across the state. The plan calls for the creation of "seven mega-tournament facilities" across the state by the end of 2029 as well as improving ADA-approved access and boat ramps, but questions about funding were among those raised.

Olive said AGFC recently renegotiated its agreement with the Arkansas Department of Transportation on the Marine Fuel Tax, which will be used to fund those projects.

"The rest of it's got to be spent on roads. We just renegotiated that in the beginning of this year. That's going to about $3.6 million per year wide-open that we can spend, hypothetically, as much as we want on boat ramps and courtesy docks and things like that," Olive said.

Other key areas in the plan are diversifying black bass fishing opportunities in the state, improving communication and education, diversifying and improving habitat, promoting safe use and minimizing conflict among reservoir users, and managing smallmouth and spotted bass in addition to largemouth bass. 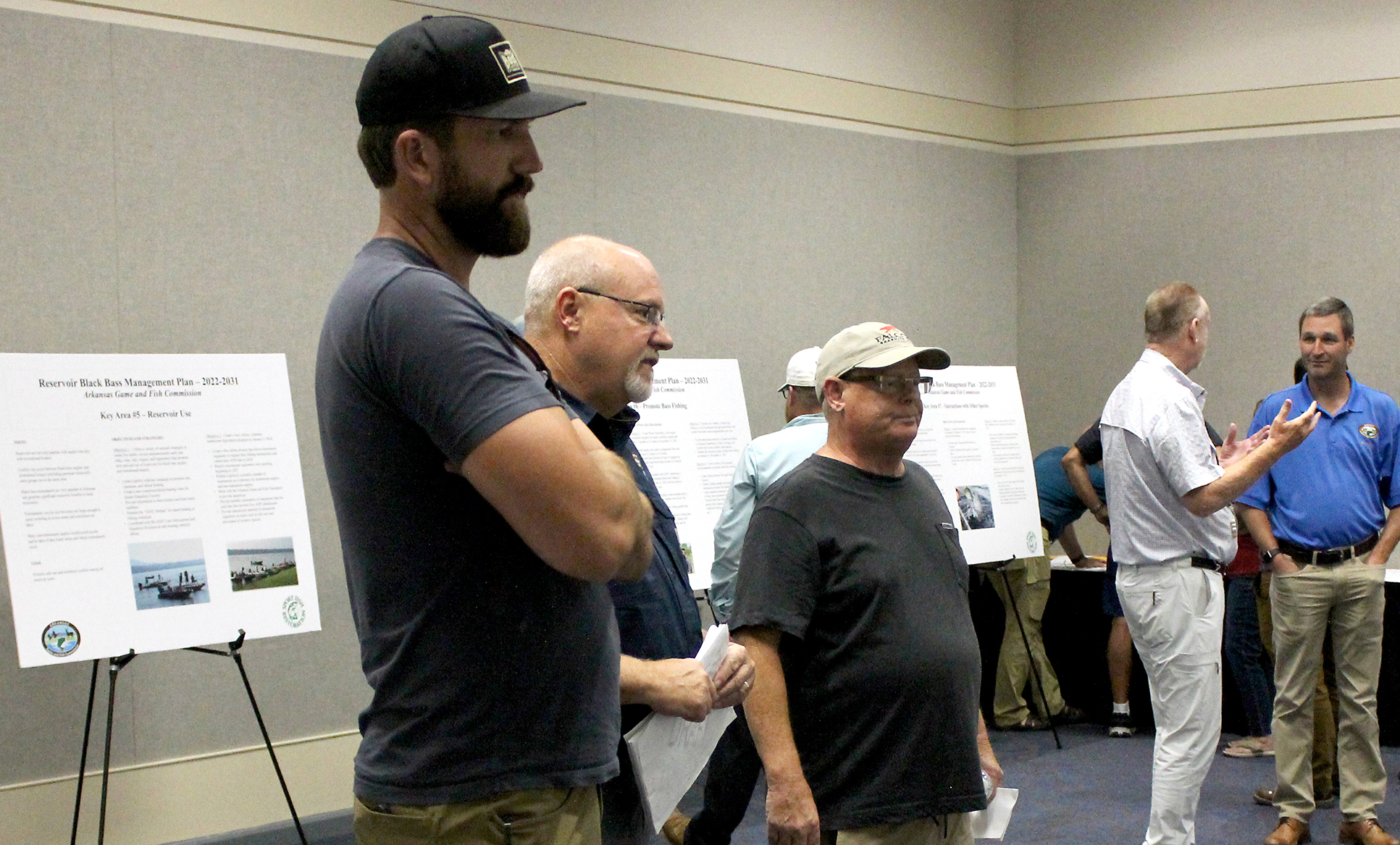