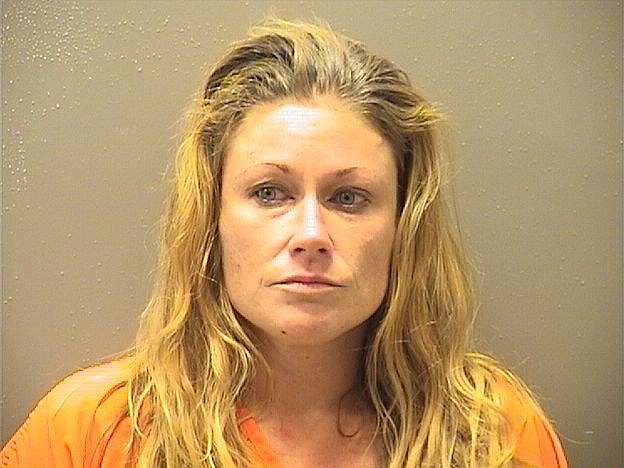 A Pearcy woman who was reportedly intoxicated on the steps of a state school early Sunday was soon facing a felony charge after drugs were allegedly found in her possession.

Amy Lee Grisham, 38, who lists a Sequoyah Loop address, was taken into custody on the grounds at the Arkansas School for Mathematics, Sciences, and the Arts, 220 Whittington Ave., and charged with possession of a controlled substance, meth, punishable by up to six years in prison, and a misdemeanor count of public intoxication.

Grisham was being held on a $3,000 bond and was set to appear Monday in Garland County District Court. According to court records, Grisham pleaded no contest to a misdemeanor count of possession of a controlled substance, marijuana, on Aug. 4 and was sentenced to one year of probation. She was convicted on May 18, 2015, in Garland County Circuit Court of a felony count of theft of property and sentenced to three years in prison.

According to the probable cause affidavit, around 1:45 a.m. Sunday, Hot Springs police Officer Jacob Palmer responded to ASMSA regarding an intoxicated person and made contact with Grisham, who was sitting on the steps of the school with a fifth of apple-flavored alcohol that was half full.

Palmer noted Grisham had an odor of alcohol on her, red and watery eyes and slurred speech. She reportedly admitted she had consumed half the bottle by herself and was intoxicated.

She stood up but was unsteady on her feet, so Palmer took her into custody for her own safety. Other officers gathered Grisham's property to take with her and a small plastic bag with 0.4 grams of what later tested positive for meth was allegedly found "within the immediate reach of Grisham" so the additional felony charge was filed.