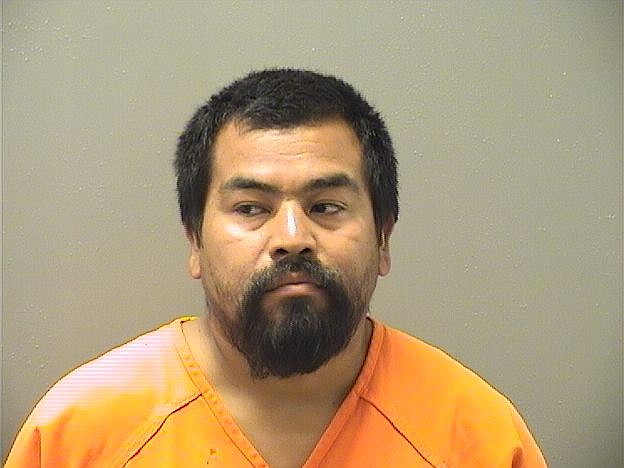 A local man was arrested on a felony battery charge Saturday after allegedly striking his 11-year-old son with a power cord, causing visible injuries, after becoming angry with him.

Gregorio Marquez Martinez, 31, of 162 Highway 290, was taken into custody at his residence shortly before 4 p.m. and charged with second-degree domestic battery, punishable by up to 10 years in prison.

Martinez, who lists no prior criminal history, was being held on a zero bond and was set to appear Monday in Garland County District Court.

According to the probable cause affidavit, around 1:45 p.m. Saturday, Garland County sheriff's Deputy Alex Holloway was dispatched to a residence on Oneida Street in the city regarding an incident of possible child abuse that had occurred in the county on Highway 290.

The mother of the alleged victim, 11, told the deputy that her husband struck their son several times with the power cord from a treadmill. She said Martinez became angry during a conversation and grabbed the son by his arm and shoulder and pushed and dragged him "the length of the house" to a back bedroom.

She said Martinez then grabbed the power cable from the treadmill in the room and began striking the boy across the legs with it before she grabbed Martinez, causing him to temporarily stop.

She said Martinez then pushed past her, grabbed the son by his shoulder and neck and pushed him back down the hallway into another bedroom where he "forced him onto his back on the bed by his throat." She said Martinez raised his open right hand as if to strike the boy again, but she grabbed him and forced him to stop.

The mother said she left the residence with her son and went to her sister-in-law's residence on Oneida Street. She told Holloway the incident had occurred around 1 p.m.

Holloway noted the boy had "a significant red whelp with a deep purple bruise beginning to form" on the back of his right thigh about halfway between his buttocks and his knee. He also noted red whelps and the beginning of bruising on the outside of his right and left thighs. All the injuries had a shape and dimension consistent with "a standard power cable," he said.

"I also observed (the victim) to have a deep red/purple bruise forming approximately 2-3 inches above his groin and just below his waist line that was near circle in shape," Holloway said.

Deputies made contact with Martinez at his residence and after being read his rights, he reportedly stated he got angry at his son and was going to "spank him." He said he took him into a bedroom where he grabbed "a hanger" and struck. his son one time before his wife stopped him. He said his wife took his son and then left the residence.

The affidavit notes Martinez was taken into custody on the felony battery charge "for knowingly causing physical injury to a family member he knows to be under the age of 12."