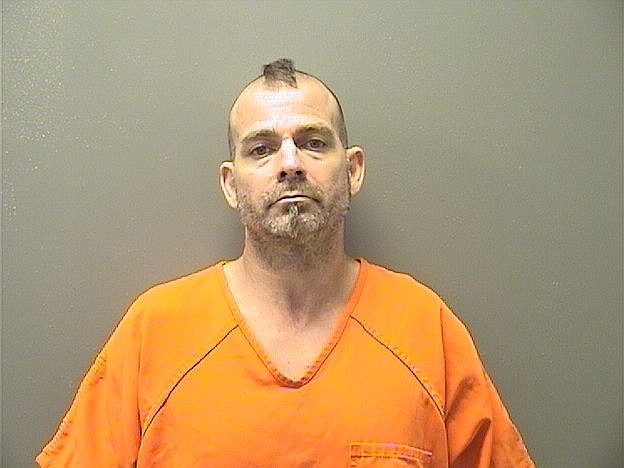 A 911 hang-up call led to the arrest of a Pearcy man Monday on misdemeanor charges for allegedly assaulting his girlfriend and briefly fleeing in a vehicle from Garland County sheriff's deputies.

Keith Dewayne Schlotterback, 47, of 201 Huntington Terrace, was taken into custody near his residence shortly after noon and charged with third-degree domestic battery and fleeing in a vehicle, each punishable by up to one year in jail.

Schlotterback, who was also cited for driving on an expired license, careless and prohibited driving and improper turn signal, remained in custody Tuesday on zero bond and is set to appear today in Garland County District Court.

According to the probable cause affidavit, shortly after 11:30 a.m., sheriff's Cpl. Matthew Cogburn responded to a residence in the 100 block of Huntington Terrace regarding a 911 hang-up call.

Dispatchers told Cogburn a woman had called 911 from 201 Huntington Terrace stating she needed law enforcement. She then called back a few minutes later saying she didn't need law enforcement. While Cogburn was still en route, dispatchers told him the woman had called back a third time from the residence in the 100 block of Huntington saying her boyfriend was "chasing her."

Cogburn made contact with the woman, who stated her live-in boyfriend, identified as Schlotterback, had struck her, pushed her against a door and then pushed her to the floor. Cogburn noted she had redness to her left hand and right ankle which she said were from being shoved down.

Deputy Kevin Hampton arrived to assist and as the deputies were speaking with the woman a red Hyundai Velostar drove by and she told them, "there he goes, that's him." Both deputies left the residence to stop the vehicle and as Cogburn was approaching the intersection of Huntington Terrace and Huntington Place he saw the same car headed back toward the residence in the 100 block.

He activated his lights to make a traffic stop, but the driver allegedly ignored him and continued traveling on Huntington. While in pursuit, the vehicle drove in the middle of the lane at one point before turning into the driveway at 201 Huntington without signaling and came to a stop.

Hampton and Cogburn both pulled behind the vehicle and ordered the driver, identified as Schlotterback, to step out and he was taken into custody without incident.