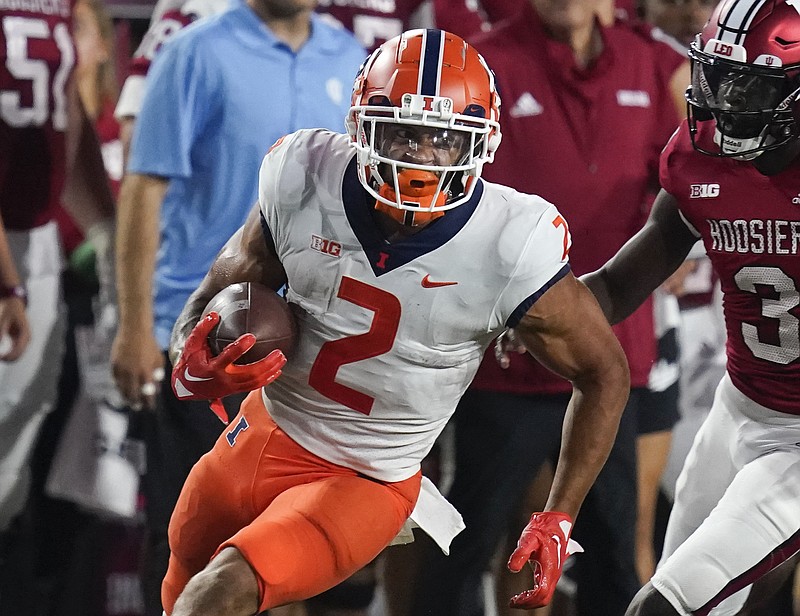 FILE - Illinois's Chase Brown (2) runs against Indiana's Tiawan Mullen (3) during the first half of an NCAA college football game Friday, Sept. 2, 2022, in Bloomington, Ind. The Big Ten's tradition of producing elite running backs is alive and well. The conference features the nation's top two rushers in Illinois' Chase Brown and Minnesota's Mohammed Ibrahim and four others are running for better than 100 yards per game. (AP Photo/Darron Cummings, File)

The Big Ten's tradition of producing elite running backs is alive and well.

The conference features the nation's top two rushers in Illinois' Chase Brown and Minnesota's Mohammed Ibrahim, and four others are running for better than 100 yards per game. No other league has more than three.

The Big Ten is the only conference in the last 10 years that has had at least two players end the season with rushing averages of 100 yards per game or better.

"Doesn't surprise me," said Wisconsin coach Paul Chryst, whose program has developed stars like Jonathan Taylor, Melvin Gordon and Montee Ball the past decade and has one on the rise in Braelon Allen.

For those who do it best, the future is bright.

Taylor led the NFL in rushing last year. Ezekiel Elliott (Ohio State) was first in 2016 and '18. Jordan Howard (Indiana) was second for 2016. Saquon Barkley (Penn State) was second in 2018 and is this season's leader through Week 2.

Brown, averaging 165.3 yards, is the first Illinois player to run for at least 140 in three straight games. He also leads the nation with 18 runs of 10 yards or longer and, according to Pro Football Focus, is tied for second with 24 forced missed tackles.

"He's an animal," quarterback Tommy DeVito said. "Sometimes I hand off the ball, I'm supposed to keep my little boot going out, fake going upfield. Sometimes I give a little peek just to watch him because he's a special dude, for sure. He can turn something out of nothing. Anything can be a play where he'll break one."

Ibrahim, back after missing last season's final 12 games with a torn Achilles tendon, has proved tough to bring down in his six years at Minnesota. Ibrahim is averaging 154.7 yards per game, albeit against weak opponents, and leads the nation with 315 of his 464 yards coming after contact by PFF's count.

Ibrahim ran for 202 yards and scored the Gophers' first three touchdowns in a 49-7 win over Colorado on Saturday. He has 12 straight 100-yard games and four career 200-yard games, both school records.

Ibrahim is a perfect fit for a physical Minnesota offense that puts a premium on time of possession.

Not on that list is Ohio State's TreVeyon Henderson, an Associated Press preseason All-American who has been a bit under the radar. He has split carries with Miyan Williams, with coach Ryan Day saying the idea is to keep both fresh.

Henderson, who had 1,255 yards and led FBS freshmen with 19 touchdowns, is running for 66.7 yards per game but his per-carry average of 6.8 yards is on par with last year. He was injured early in Saturday's 77-21 rout of Toledo and limited to four carries.

Singleton is the nation's top freshman rusher after showing up at Penn State as the nation's No. 1 running back prospect, according to 247Sports.com. Henderson was the top prospect in 2021.

Singleton ran for 124 yards and two touchdowns in the 41-12 win at Auburn, and the week before he had 179 yards and two TDs against Ohio. He carried just 10 times in each game.

"He's explosive, he's fast, he sees it well," Penn State quarterback Sean Clifford said. "He just adds that dynamic of being able to get on the perimeter and then finish plays in the end zone. I think that it was just a matter of time, and I'm excited for him. I think that he's going to have a great career here and this is probably just the beginning for him."

Wisconsin's Allen originally was recruited to play linebacker but was switched to running back after he put up huge rushing numbers in his final year of high school.

He ran for nearly 1,300 yards with 12 touchdowns as a freshman in 2021, and he recorded the longest run in the nation so far this season when he went 96 yards on his fourth carry in the opener against Illinois State.

"I would just say the style of football is a little different, a little more running involved in the offenses compared with the Pac-12 or ACC or whatever conference," Allen said. "Running backs want to come to a school in the Big Ten so they can run the ball." 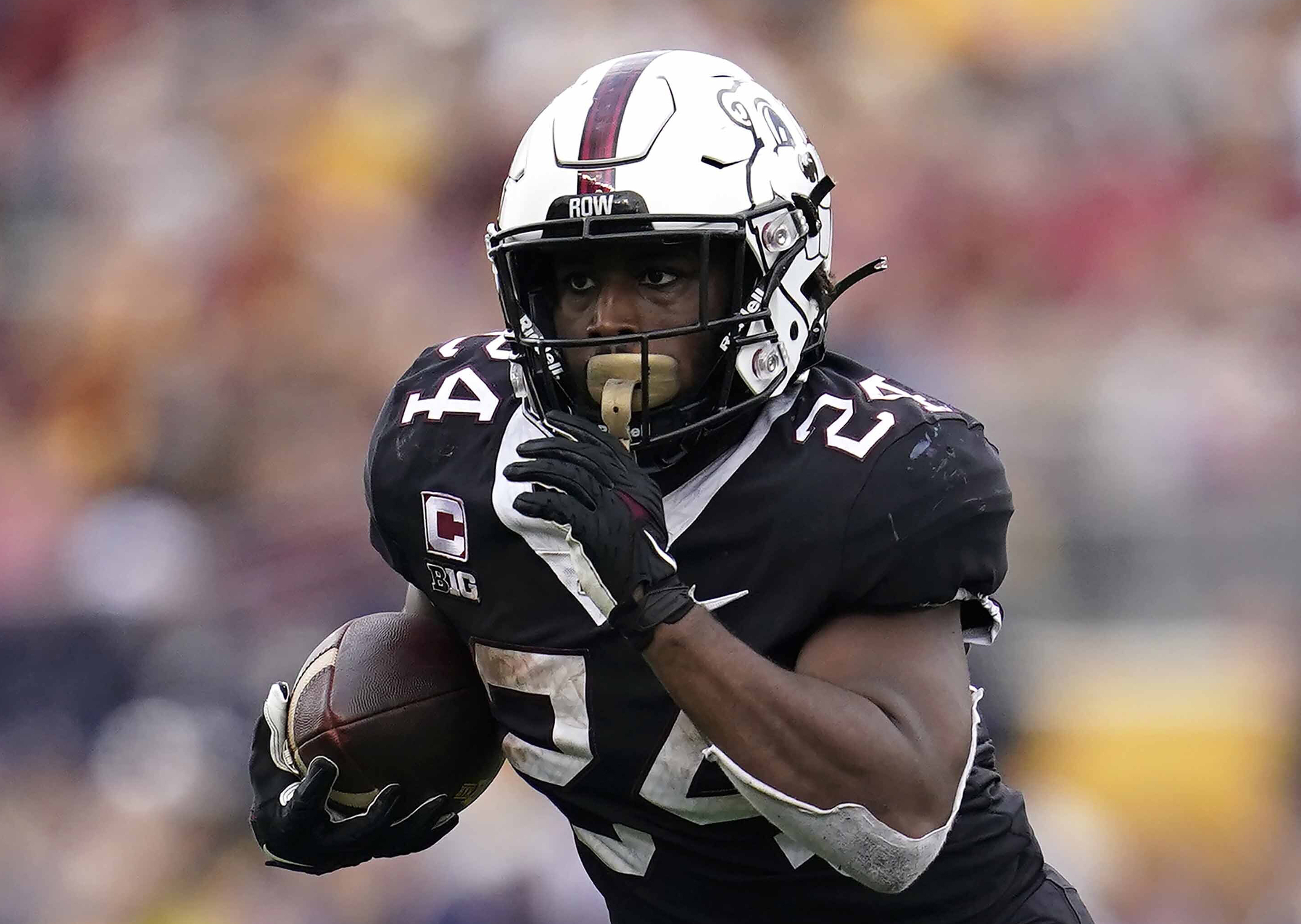 Minnesota running back Mohamed Ibrahim carries the ball during the first half of an NCAA college football game against Western Illinois, Sept. 10, in Minneapolis. The Big Ten's tradition of producing elite running backs is alive and well. The conference features the nation's top two rushers in Illinois' Chase Brown and Minnesota's Mohammed Ibrahim. - Photo by Abbie Parr of The Associated Press