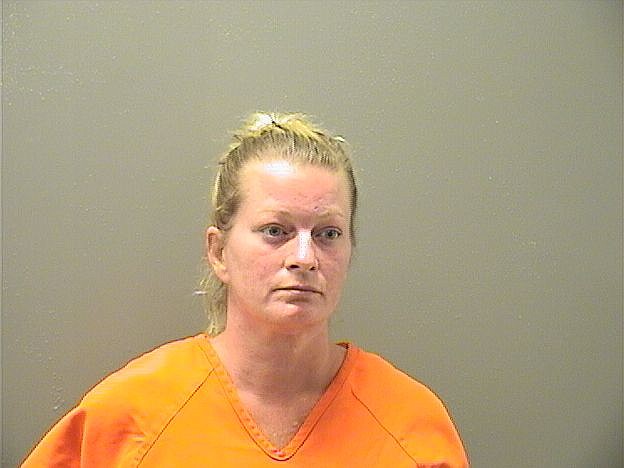 LAKE OUACHITA -- A Star City woman was arrested on felony and misdemeanor charges Monday at Lake Ouachita State Park after mushrooms and marijuana were allegedly found in her possession following a traffic stop.

Sims remained in custody Tuesday in lieu of a $4,500 bond and is set to appear today in Garland County District Court.

According to the probable cause affidavit, shortly after 4 p.m., Arkansas State Parks officers Michael Boyes and Jeff Shell were patrolling Mountain Pine Road inside Lake Ouachita State Park, headed south in the 5100 block, when they were passed by a northbound Kia Forte and both reportedly smelled marijuana as the vehicle passed them.

Boyes noted there were no other vehicles or people in the area when they smelled the marijuana so they turned around and caught up to the Kia in the 5400 block of Mountain Pine Road and made a traffic stop.

Boyes approached the male driver and explained the reason for the stop and initially the driver and his passenger, identified as Sims, both denied having any marijuana. Boyes explained they smelled it in passing and that he could smell it right then standing by the car and Sims reportedly said, "I threw it out the window."

The driver provided all his vehicle documentation when asked and the officers had both of them exit the vehicle. When asked if there was anything illegal in the vehicle, they both stated no and Sims then said, "All we had was CBD."

The officers explained they were going to do a probable cause search because they had smelled marijuana and Boyes noted a small amount of suspected marijuana in the driver's floorboard and center console. He also reportedly found a hand-rolled marijuana cigarette inside a soda can.

Due to "both parties continuing to lie to me," Boyes said he and Shell detained both of them in handcuffs while the search was completed. On the passenger floorboard, officers reportedly found Sims' wallet and a fanny pack which allegedly contained a baggie of mushrooms, approximately 4 grams, that appeared to be psilocybin mushrooms, also known as "magic mushrooms," a hallucinogen.

Sims was taken into custody on the felony and misdemeanor charges and the driver was ultimately released.