Felon arrested with gun after report of fire at vacant house 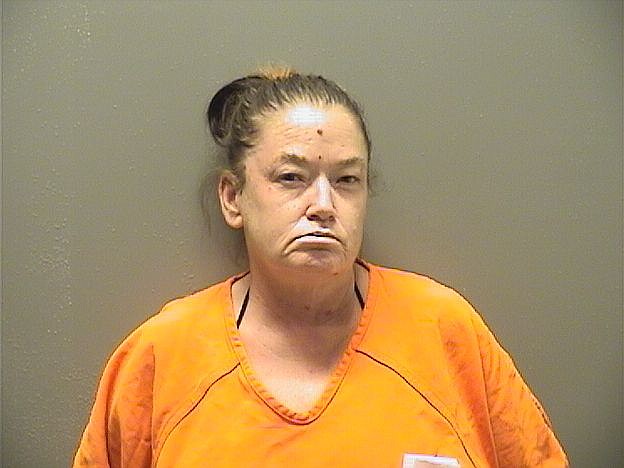 A Mountain Pine woman who is reportedly a felon was arrested late Tuesday when she was allegedly found in possession of a rifle after emergency personnel responded to a fire at a supposedly vacant house.

Roxie Leann Craven, 47, who lists a Loblolly Place address, was taken into custody shortly before 10 p.m. and charged with possession of a firearm by certain persons, a felony punishable by up to six years in prison.

Craven was being held on a $2,500 bond and was set to appear Wednesday in Garland County District Court. According to the affidavit, she was reportedly convicted of a felony on Oct. 13, 2014, in Texas. She also reportedly has a felony possession of a controlled substance charge pending in Saline County from an arrest on April 15, 2022.

According to the probable cause affidavit, shortly after 9 p.m. Tuesday, Garland County sheriff's Deputy Michael Wagner and Sgt. Jeremy Simpson responded to a fire at a house at 1003 Blacksnake Road. Piney Fire Department personnel at the scene said that "squatters were possibly living in the residence."

"It was supposed to be a vacant house and we were called out at 9:08 p.m. for a residential house fire in the area of Blacksnake and Mountain Pine Road," Piney Fire Chief Scott Miser told The Sentinel-Record on Wednesday.

"Upon arrival, we found a trash barrel that had been on fire and someone at that location that appeared to be trespassing," he said, noting the occupant had put the fire out as they were arriving.

According to the affidavit, Craven was located outside of the residence standing next to a white Ford pickup truck. When asked about the truck, Craven reportedly stated it was hers and that she had purchased it "about a week ago."

The driver's side window was reportedly rolled down and deputies saw a .22-caliber rifle in plain view in the front seat. After a computer check revealed Craven's status as a felon she was taken into custody for having the firearm.

Print Headline: Felon arrested with gun after report of fire at vacant house