Man who shot at juveniles sentenced to 6 years 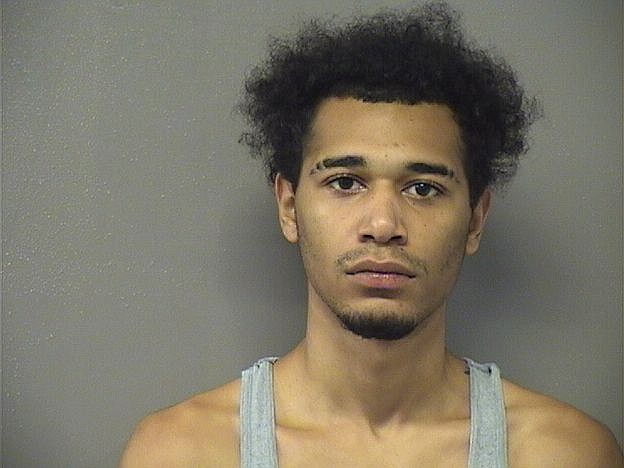 A local man was sentenced to six years in prison Tuesday after pleading guilty in Garland County Circuit Court to shooting at two juveniles in a passing vehicle last year.

Tony Demorris Radford Jr., 21, who has remained in custody in lieu of a $200,000 bond since his arrest on Aug. 30, 2021, pleaded guilty to two felony counts of committing a terroristic act and was sentenced to eight years in prison, with two years suspended, on each count, to run concurrently, and was ordered to pay $6,446.03 in restitution.

Radford had pleaded guilty on Sept. 8 to one count of aggravated assault for threatening his ex-girlfriend at gunpoint last year in a separate incident and was sentenced to six years in prison, also to run concurrently.

"He fired at an occupied vehicle with two people inside," Deputy Prosecutor Caitlin Bornhoft said Wednesday. "No one was hit, just the vehicle."

She said Radford had no priors before his arrest in August on all three of the counts from incidents in June and July. She noted after his release from prison he would still be under the conditions of a suspended sentence for two years.

According to the probable cause affidavit on the terroristic act counts, on July 21, 2021, shortly after 4:30 p.m., Hot Springs police responded to the 300 block of Hagen Street regarding a shooting that had just occurred.

Officers spoke to two juvenile males who said they had seen a light-skinned Black male at the Valero station at Central and Grand avenues who was watching them as they left the station. They said the man began following them "in a reckless manner" driving a dark blue or black Cadillac passenger car.

The two juveniles said they tried to evade the man and "thought they had lost him," but as they turned onto Plateau Street and reached the 200 block they saw the same man standing outside the Cadillac.

They said that as they drove past the man, he pulled out a handgun and fired several shots at them, striking their vehicle at least once. The juveniles said they were scared and fled the area, calling their parents and then the police.

While speaking with the juveniles, the mother of one of them showed officers a photo of the man the victims said had shot at them. The photo showed a light-skinned Black male and appeared to be from a social media page.

On July 22, Detective Mark Fallis spoke to the mother of the second juvenile who had obtained the name of a possible suspect, identified as Radford, saying he was the one who had shot at her son. Fallis pulled a driver's license photo of Radford and confirmed it was the same person in the photo provided earlier by the first juvenile's mother.

According to the affidavit on the assault charge, on June 17, shortly after 8:30 p.m., police responded to the 100 block of Forest Park Place regarding threats made. They made contact with a female who stated her ex-boyfriend, identified as Radford, had threatened her with a handgun earlier.

She said she and Radford were in a "heated argument" about her supposedly messaging someone during the night. At one point, Radford pulled out a handgun and his phone and began to record the argument.

In the footage, Radford is heard saying multiple times he was going to "pop" her and could be seen pointing the handgun at her, the affidavit states. The gun appeared to have a green laser for targeting and he pointed it at her knees for several seconds, saying he was recording it to "show his homeboys what he can do."

Warrants were later issued for Radford on the assault and terroristic act counts and he was arrested Aug. 30 and pleaded not guilty to the charges on Nov. 2. His attorney later filed a motion for a mental evaluation to determine Radford's fitness to proceed which was ordered on Dec. 6 by Judge Marcia Hearnsberger.

On March 29, Radford was ruled fit to proceed and the case was set for a disposition hearing on Tuesday.

Print Headline: Man who shot at juveniles sentenced to 6 years