FOODY FRIDAY: Family atmosphere a draw for regulars at Rise and Dine 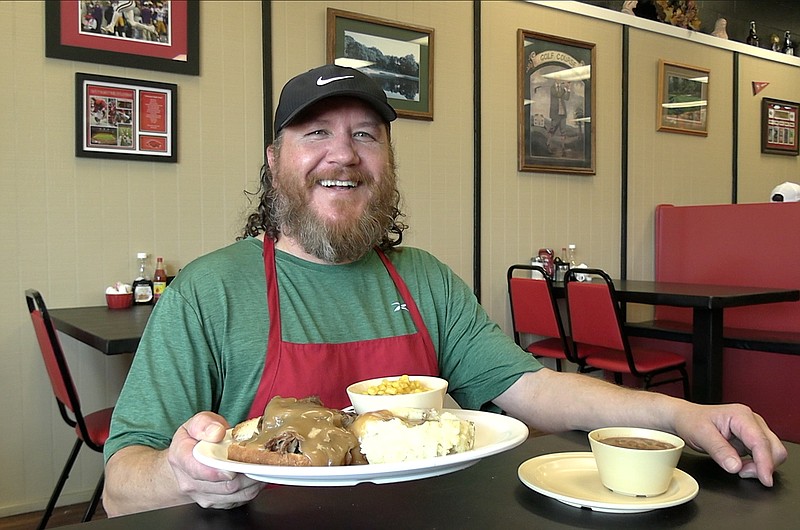 Greg McLean, owner of Greg's Rise and Dine Cafe, is shown holding a plate of the cafe's open-faced roast beef sandwich — a favorite of customers. - Photo by Andrew Mobley of The Sentinel-Record

Hot Springs has no shortage of breakfast establishments, and chief among them in the Highway 70 west area is Greg's Rise and Dine Cafe.

First opening in 2004, the cafe is a tried and tested institution of the area's community, with a host of longtime regulars and a family atmosphere.

"People were trying to get me to work for them; my parents originally had a restaurant. So I just decided to take a chance and roll the dice, and go for myself. And that was 18 years ago," Greg McLean, owner of the cafe, said.

McLean's parents owned the Runway Cafe, where he previously worked.

"I've been in the restaurant business pretty much my whole life," he said.

Very apparent in the decor of the cafe is McLean's love of the San Francisco 49ers, a passion that began in childhood. McLean even wears a 49ers apron as he works.

"I've been a fan of them for a long time, so when I opened up, I didn't have any decor. So I just took stuff off my walls at home. I just kind of put my personality into the place," he said.

McLean is also a golf and Razorback enthusiast, as one can observe from the other wall hangings in the cafe.

McLean serves as the primary cook at the cafe, due in part to a staff shortage.

"That's just a norm since COVID; everybody's short-handed and working overtime," he said.

"I originally was out in the front, talking to folks and doing whatever was necessary and then over the course of time I've graduated to the back. And now I'd rather be back there -- not rather be back there, but make sure the product comes out right," he said.

Many restaurants in the Hot Springs area have voiced their struggles with staff shortages, often citing the COVID-19 pandemic and accompanying restrictions as being a cause.

"It's trial and error, just like anything else. Tribulations, ups and downs. Just keep on pushing, I guess. That's all you can do," McLean said.

Among the successful fruits of trial and error concerning the menu are two additions made over the years: Greg's Burger, made the way McLean personally likes his burger -- with grilled onions and jalapenos, and the Southern Benedict, a decidedly Southern twist on eggs Benedict, with biscuits instead of English muffins, sausage patties instead of ham, scrambled eggs instead of poached, and covered with a considerable helping of country gravy rather than hollandaise sauce.

Key to the success of Greg's Rise and Dine Cafe has been the regular customers who have been returning for years.

"We see a lot of folks on the daily and some of them twice a day. I don't have a favorite because they're all great," McLean said.

"A lot of them from day one -- we opened on a Wednesday, didn't even know we were going to open, let them know and they were here and been here ever since ... we're basically like family, it's kind of like 'Cheers,' -- everyone knows your name."

Adding to the family atmosphere is the presence of McLean's niece, Ashley, who works in the kitchen alongside him.

"It's a close-knit community. A lot of people know each other -- got to kind of give back to our own and hopefully take care of one another," McLean said.

The following are excerpts from the interview with Greg McLean, presented in a question-and-answer format:

Q: Favorite meal of all time?

A: Crab legs, bar none. All you can eat.

A: I really don't have a favorite.

Q: Favorite part of working in the Hot Springs area?

A: The people. Getting to know people. I've been knowing folks for a long time, so it's more like family.

Q: Advice for someone getting started in the restaurant business? 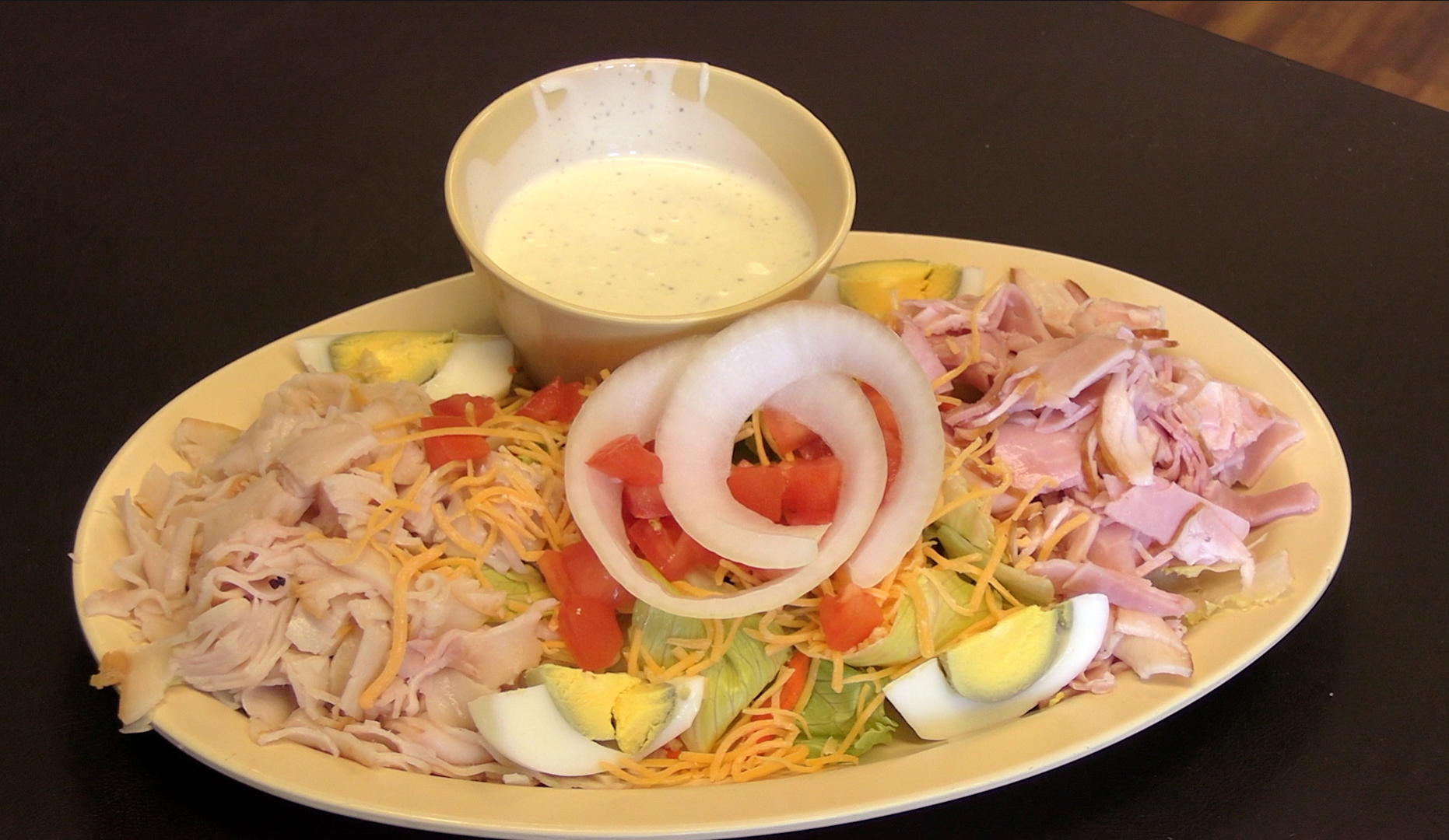 The chef salad at Greg's Rise and Dine Cafe. - Photo by Andrew Mobley of The Sentinel-Record 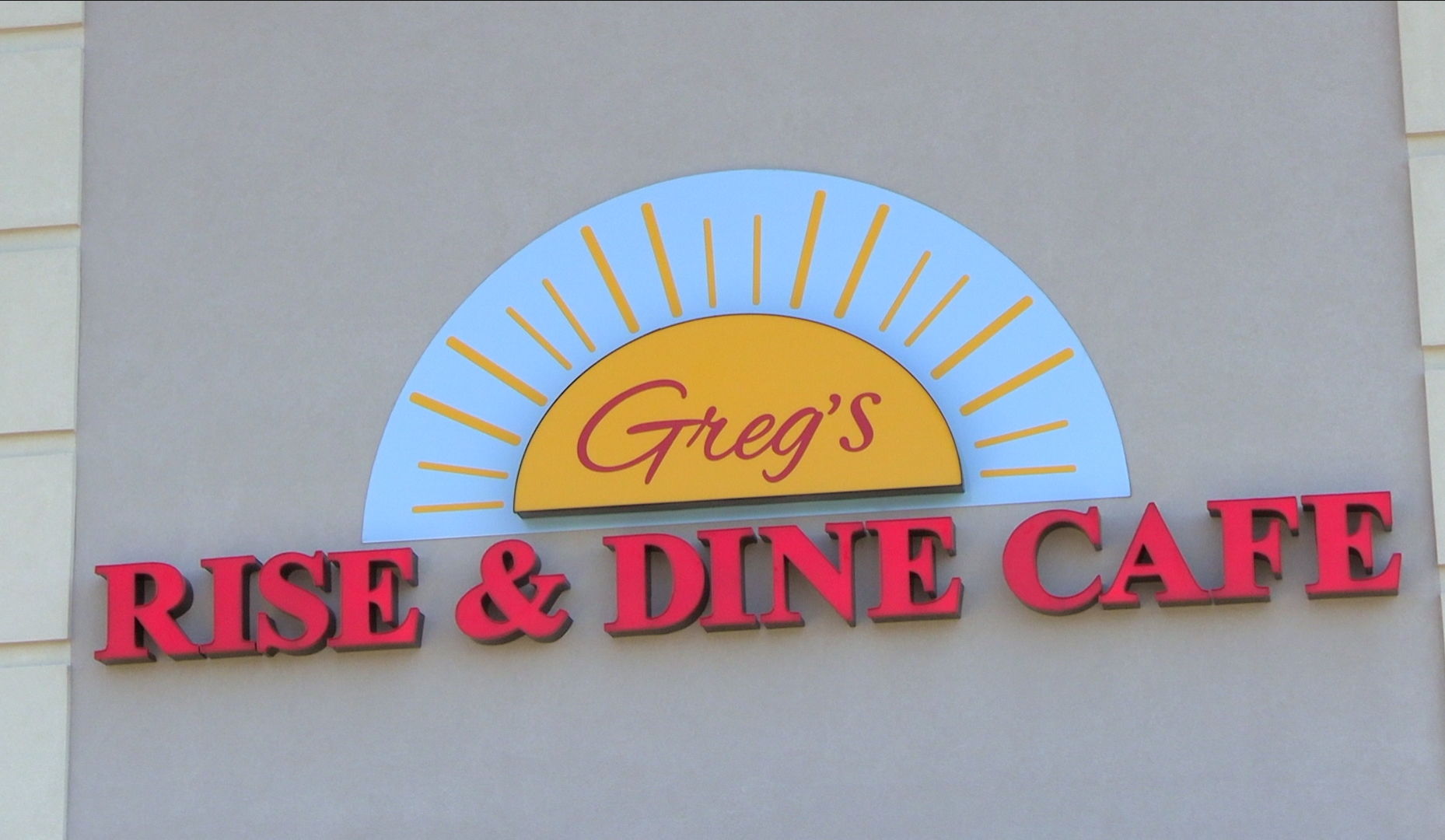 The exterior sign for the cafe is shown. - Photo by Andrew Mobley of The Sentinel-Record 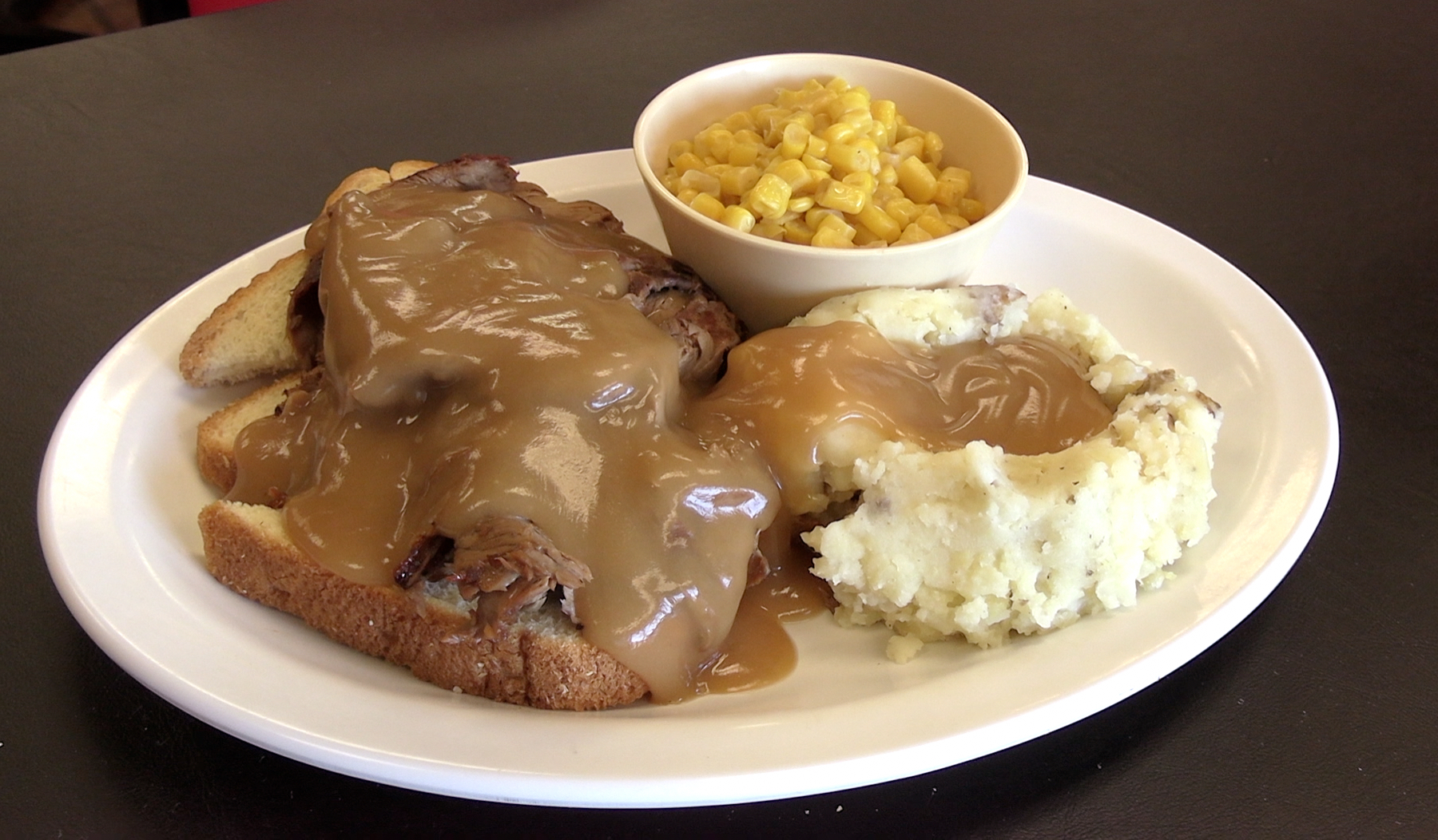 The popular open-faced roast beef sandwich. - Photo by Andrew Mobley of The Sentinel-Record 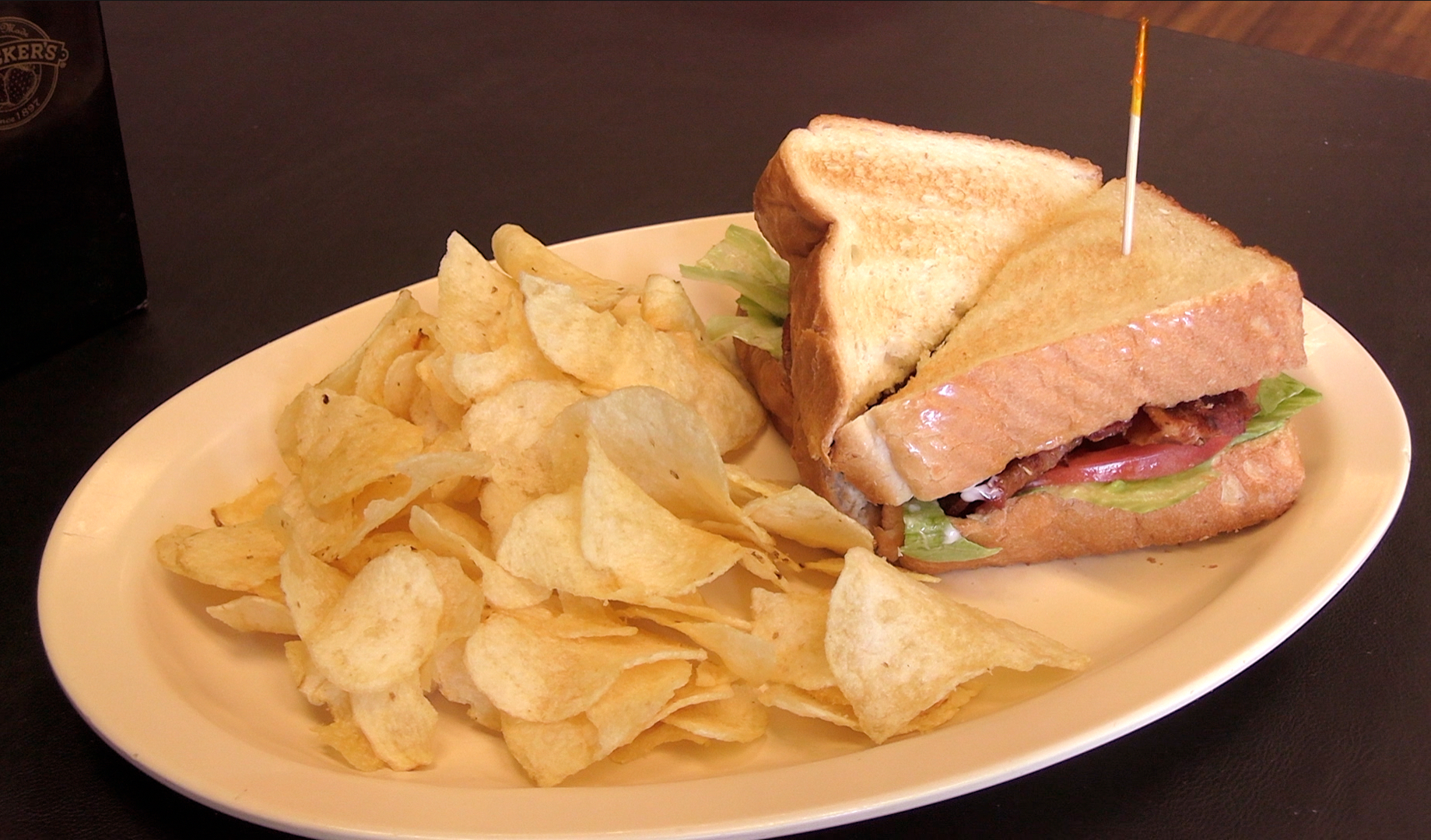 A classic BLT offered at Greg's Rise and Dine Cafe. - Photo by Andrew Mobley of The Sentinel-Record