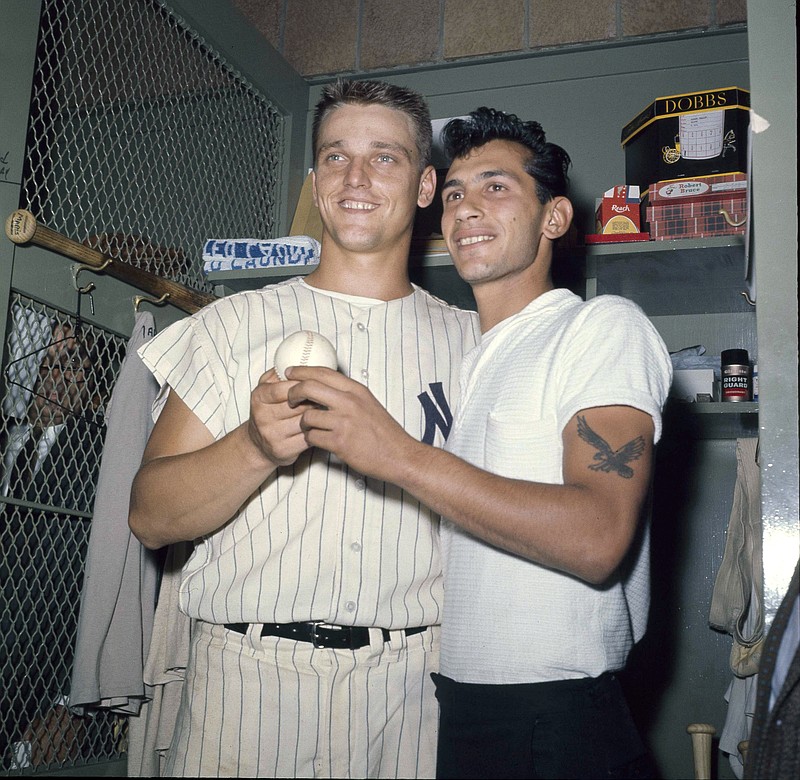 As a 19-year-old in 1961, Durante caught Maris' record-breaking 61st home run. The story of what followed -- Durante sold the ball for $5,000, and it was returned to Maris as part of the deal -- sounds downright quaint by today's standards. But it's a reminder that, even six decades ago, fans who caught famous souvenirs faced a tricky choice: keep the ball, sell it, or give it back to the player who hit it?

With Judge now one away from tying Maris' American League record, anyone who comes up with one of his home run balls could end up with a similar decision to make.

"I'd give it back. Not even a second guess," said Kevin Heathwood, a 35-year-old teacher from Harlem who was at Wednesday night's Yankees-Pirates game in New York. "It belongs to Judge and he earned every single thing that he's gotten. Just being a part of it, that's enough for me."

Many fans share Heathwood's view, feeling that if Judge wants the ball back, it wouldn't be right for the fan to keep it. After all, it's Judge's moment. Fans are there to enjoy it and share in it -- but why should a spectator insist on making a huge profit off a souvenir he or she received simply from being in the right place at the right time?

On the other hand, keeping a record-setting ball and selling it could yield a life-changing amount of money, which could mean far more to the fan than the ball does to the player. And besides, if Judge -- or any other famous slugger -- really wants the ball that badly, presumably he can afford to pay just about any asking price.

"I'm a big Yankee fan, a big Judge fan and I would certainly work with them, but I would not just give the ball away," said Danny McDonough, a 32-year-old from Levittown, New York, who attends Seton Hall Law School. "You're holding a very valuable piece of property and I think you're foolish if you just give it up without anything substantial for yourself. Not that I wouldn't like to do that for Judge and the organization. It's too big of an opportunity to pass up."

Bob Fay of Watertown is a 63-year-old memorabilia collector who was also at the game. Not surprisingly, his opinion is similar to McDonough's.

"I'm going to take it home and I'm going to make a million dollars off it," he said. "If I give it to anybody, I'll donate it to the Hall of Fame."

In 1998 -- when Mark McGwire and Sammy Sosa were the ones chasing Maris -- Durante said he actually did think about giving the 61st home run ball back to Maris. But the slugger told him to keep it and make what he could off it. He eventually sold it to a restaurant owner named Sam Gordon, who then gave it to Maris in a photo op with him and Durante.

It's not always clear who even has the right to the ball. When Barry Bonds hit his 73rd home run in 2001, one man caught it, but it was jarred loose and another man picked it up. They ended up in court, and a judge decided they should sell the ball and split the proceeds.

There's less controversy when a famous home run is hit to an area fans can't access. When Hank Aaron hit his 715th homer to pass Babe Ruth, Braves pitcher Tom House caught the ball in the bullpen and immediately went to give it to the Atlanta slugger.

When Mark McGwire passed Maris with his 62nd homer in 1998, St. Louis Cardinals grounds crew member Tim Forneris picked up the ball and gave it back. He got quite a bit of good publicity for that gesture -- plus a minivan from Chrysler.

For some fans, there's a middle ground between selling the ball for as much as possible or giving it back to the player for nothing. At the very least, they'd like the chance to meet him -- and perhaps get a few other items of high sentimental value.

"If I caught the ball, honestly I would really want to meet Judge, hand the ball to him myself. Maybe get a signed ball, a signed bat, a signed jersey, talk to him a little bit," said Rob Casales, a 25-year-old financial analyst from Jersey City, New Jersey, who bought tickets for Wednesday, Thursday, Friday and Saturday after Judge hit his 60th homer Tuesday.

"If I'm feeling a little frisky maybe ask for playoff tickets, but I wouldn't try to extort the Yankees for hundreds of thousands of dollars even though I know a lot of people are going to try and do that," he added. "It's not really my move. I love the Yankees too much. I love Aaron Judge too much."

Rob Siwiec, a 26-year-old from Bayonne, New Jersey, who works at a law firm, said he'd like a photo with Judge, an autograph, some merchandise -- and perhaps some playoff tickets.

And he had another idea as well -- one that Durante and Maris never had to consider. 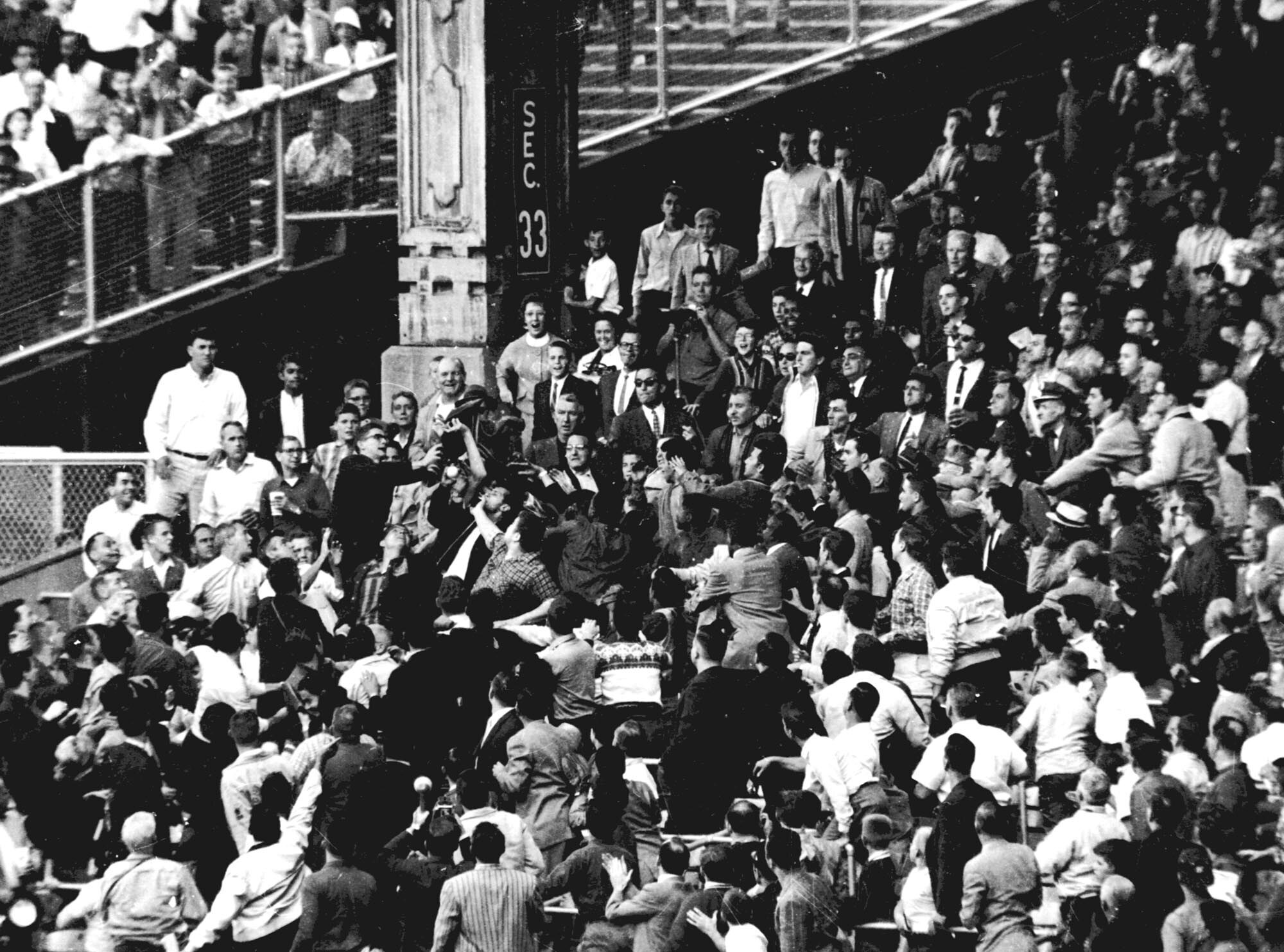 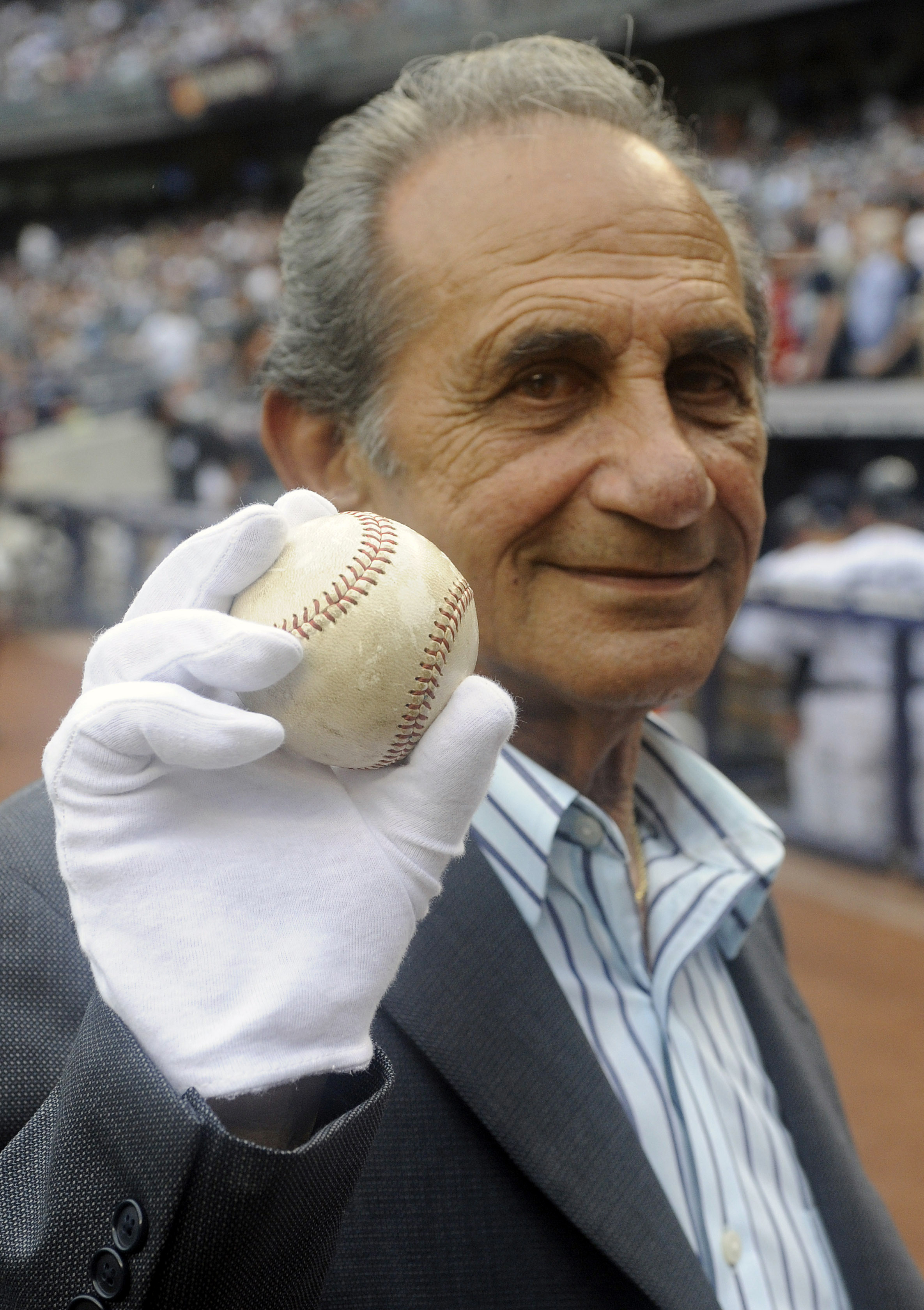 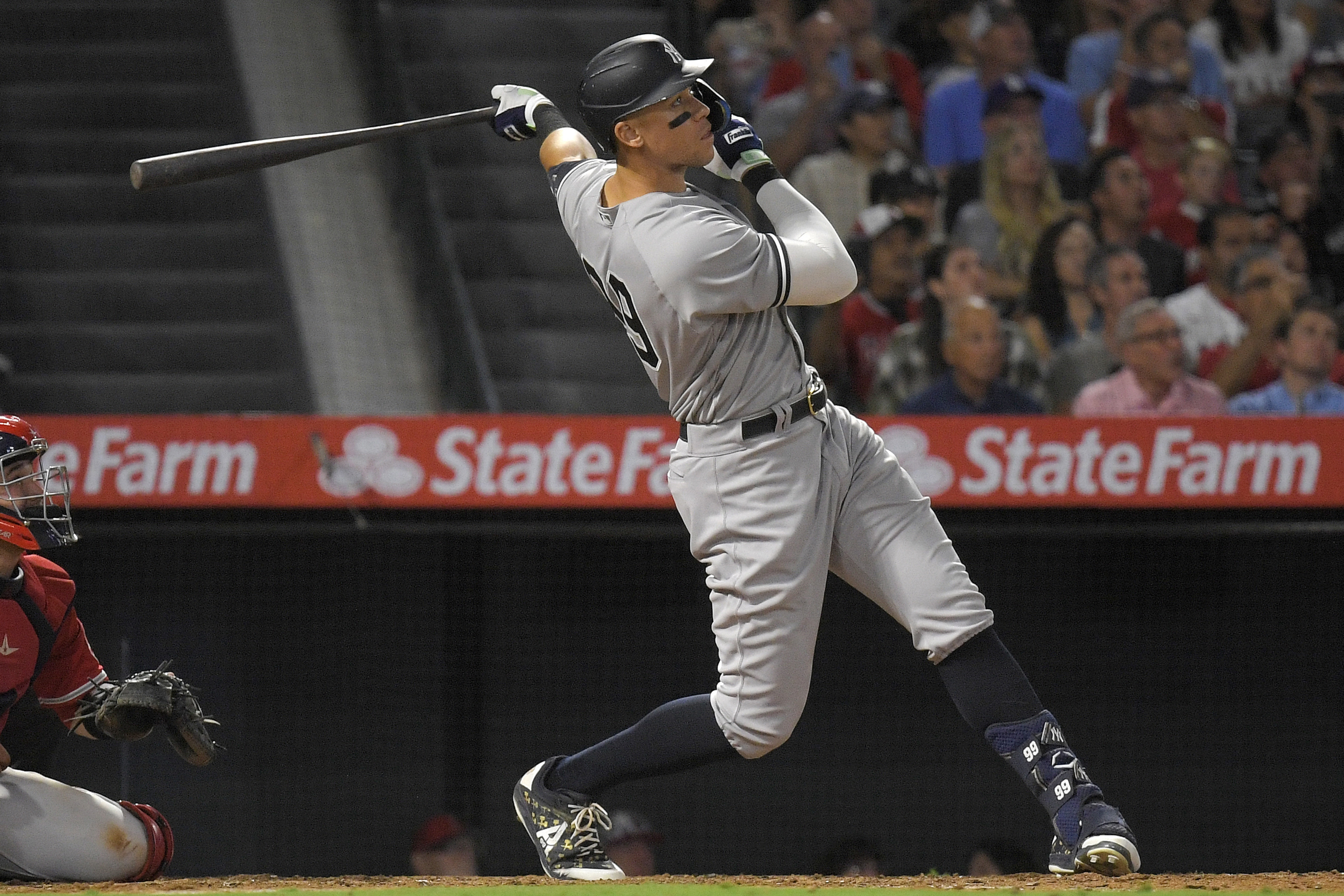 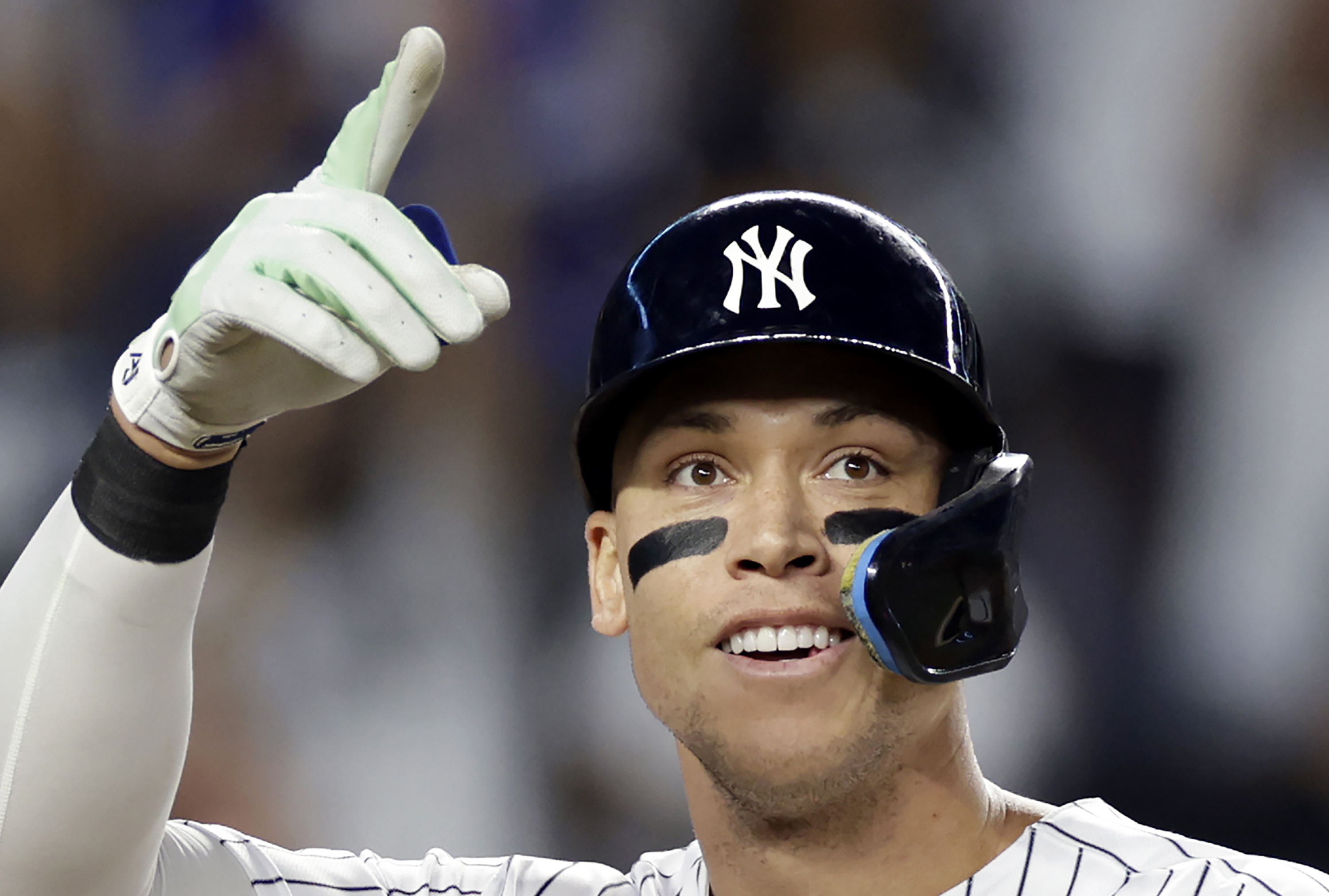 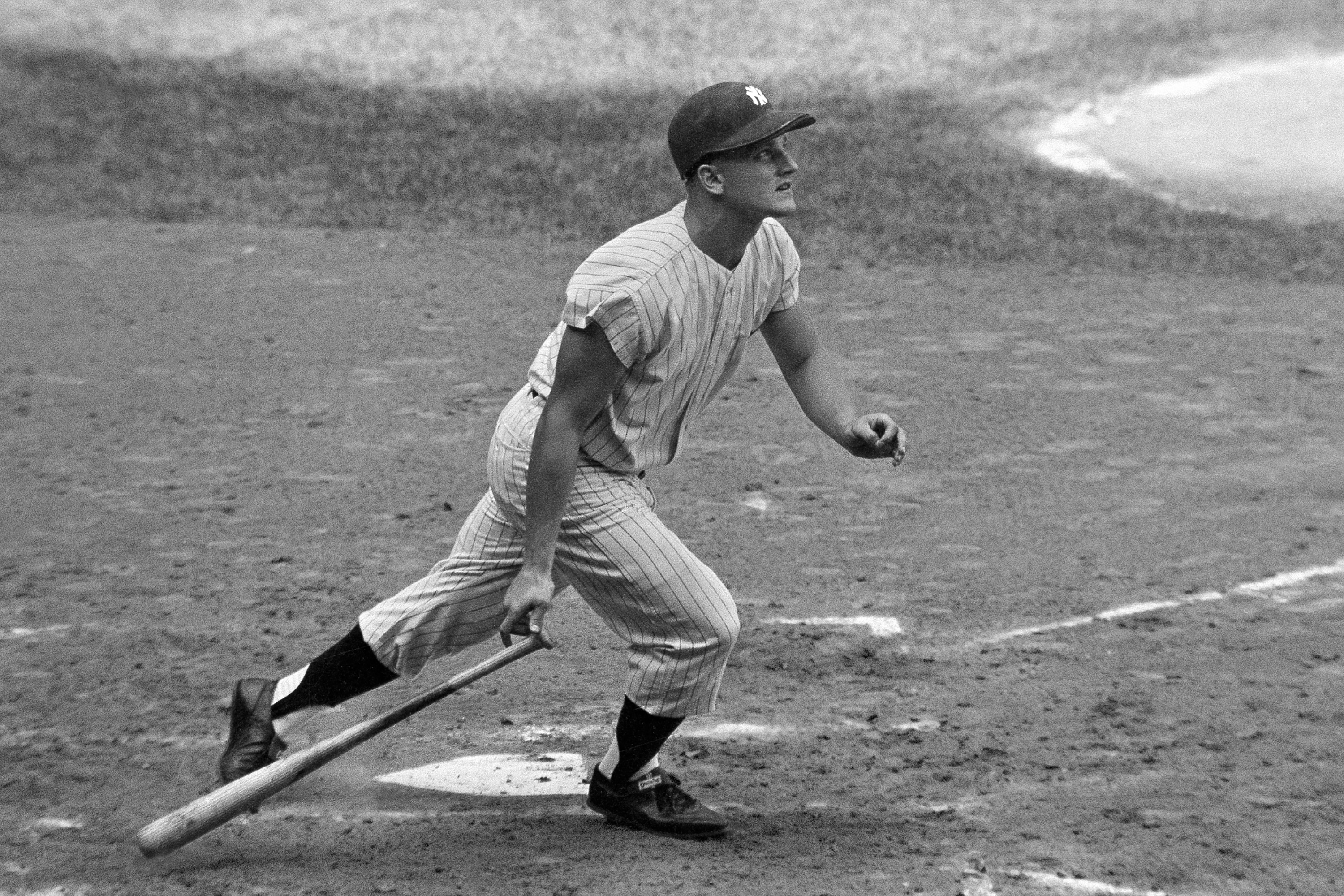