WATCH: Multi-genre Spa-Con back at full force with Petty, cosplay 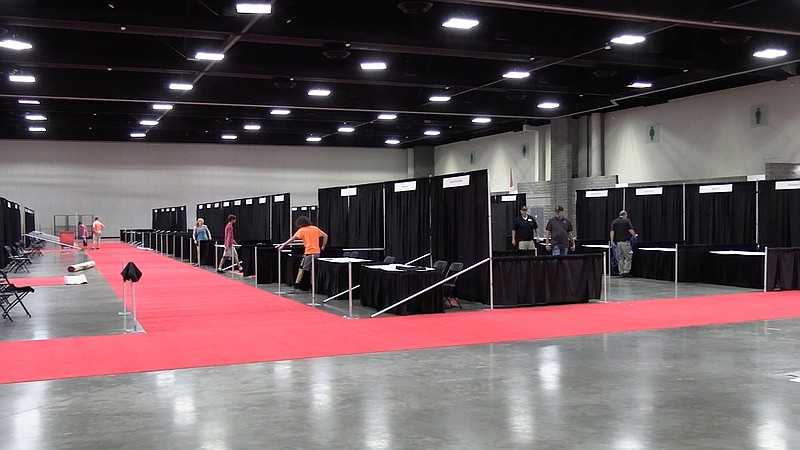 The Hot Springs Convention Center's staff works to set up booths for vendors in advance of Spa-Con 6.0 Thursday afternoon. - Photo by Lance Porter of The Sentinel-Record

Spa-Con 6.0 kicks off at 6 p.m. today, marking the first time the multigenre convention has been at full force since the COVID-19 pandemic began.

"I mean, we did have it last year, but our attendance did take quite a bit of a hit, and we lost out on some guests just because they weren't ready.

"So we're really excited that all of the guests are very excited to be here in Hot Springs with us. I think all of the attendees and vendors are happy to be back at Spa-Con. The enthusiasm for the entire event is just going to skyrocket, which I'm really excited about," she said.

Opening ceremonies are set for 6 p.m. followed by a concert by Bit Brigade, a band that performs rock covers of full Nintendo Entertainment System game soundtracks while their gamer speedruns through the game live on stage.

"They actually speedrun and live run video games, so they'll be performing the soundtrack and performing a live run through this video game," Hampo said. "They'll be doing Mega Man 2 and Castlevania."

Saturday will feature the Cosplay Club and cosplay contests, which is a big draw to the annual event.

"I love all of the cosplayers that come and participate at Spa-Con," Hampo said. "It's just so exciting to see how much work and creativity and imagination they put into what they wear, and these incredible costumes and cosplays."

Cosplayers will also have a chance to learn from professionals to improve their costumes -- from workshops on chain mail mesh with Cowbutt Crunchies to improving foam builds with Bruce Holt and Cheeky Cheetah to wig styling with Notgrima.

"We've got some really great cosplay guests joining us this year," Hampo said.

"Cowbutt Crunchies ... they're a duo who specialize in couture cosplay, which is something that Spa-Con hasn't seen yet. They're coming from Boston.

"We've got Notgrima; she's coming out of Denver. Her work is just so, so good. She'll be doing a wig styling workshop, so I think anybody who's interested in bettering their cosplays are going to have a lot of chances to learn from some of these nationally and internationally renowned cosplayers that are going to be coming in," she said.

"We've got Bruce Holt, who's joining us again; he's coming back to Spa-Con, and then Gregory Harris, who's local and he's just a fan favorite, will also be joining us."

The main celebrity guests for this year's event are Lori Petty, Beau Billingslea and Mark Rolston, but Rodger Bumpass and Ashlie Atkinson, both Little Rock natives, will also be at the event

"We've got some incredible guests coming in this year," Hampo said. "Lori Petty, who was in 'Tank Girl', she was in 'Point Break,' she was in 'Orange is the New Black'. She's been in just a ton of films for a while.

"We've got Beau Billingslea. He's a really famous voice actor. One of his most notable roles was as Jet Black in 'Cowboy Bebop.' Mark Rolston, who was in titles like 'Shawshank Redemption,' 'Aliens,' the 'Saw' franchise, he's gonna be here. And then Rodger Bumpass, who is the voice of not only Squidward Tentacles but so many other beloved cartoons that shaped a lot of childhoods."

Hampo said registration for this year's event has been great, with the 100 VIP passes selling out.

"We actually sold out of VIP passes, which is new in Spa-Con history," she said. "So we only make 100 of those available. And as compared to past years, our online registration this year is looking really, really good. So we're expecting a very good amount of people at this convention."

There will also be plenty of vendors for convention-goers to visit, Hampo said.

"Our vendor booths sold out a while ago, and we've got vendors from so many different states this year," she said.

"So that's great. We've got vendors from Texas, from Louisiana, from all over, including Arkansas vendors. So people are traveling a while to come to Spa-Con and to set up as a vendor." 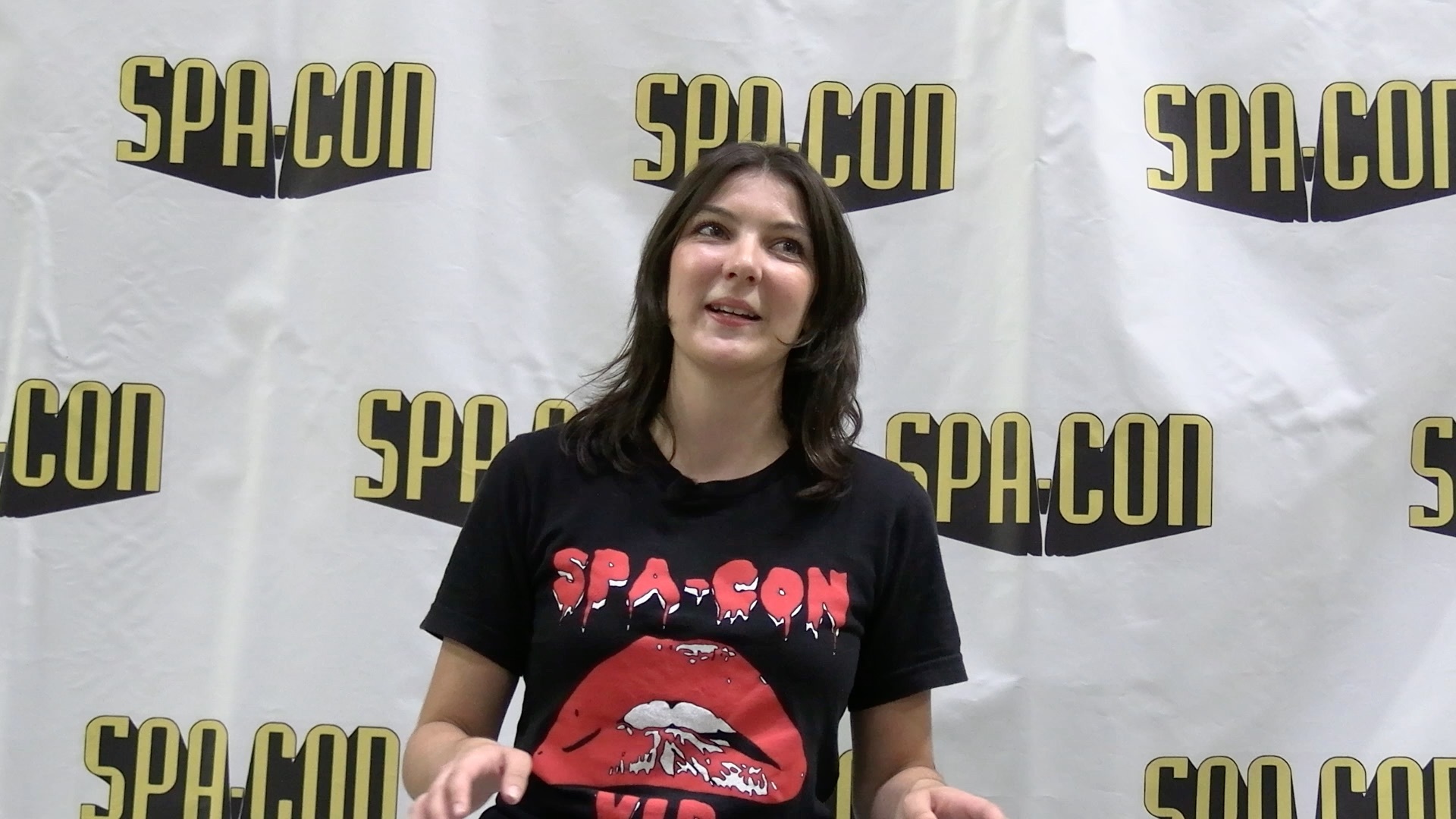