WATCH: Camp Diggity Dogs breaks pets out of the cage 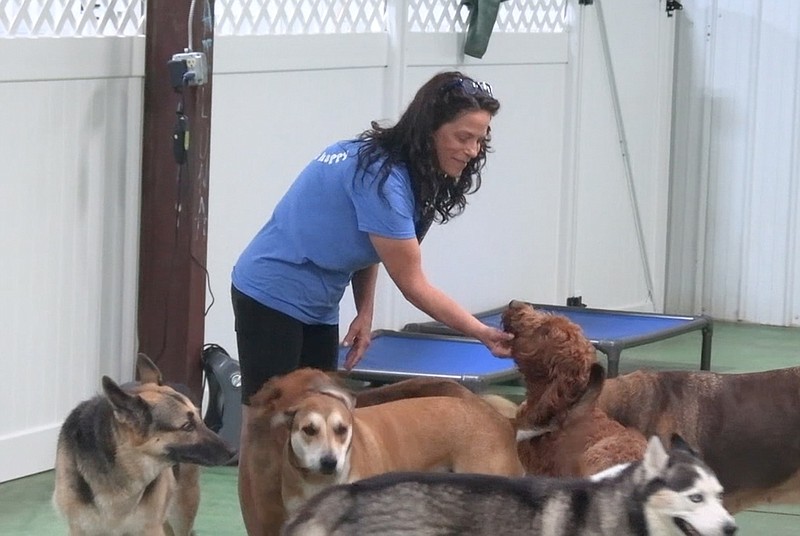 Ashley Hopkins plays with some the dogs at Camp Diggity Dogs on Thursday. – Photo by Courtney Edwards of The Sentinel-Record

In the beginning, Ashley Hopkins and her husband started the business mainly as a grooming service and her original goal was to become a veterinarian, she said.

"Originally, I was supposed to be a veterinarian and was accepted at LSU," she said. "But I had worked for a vet and just saw a lot of heartache, too that went in that I didn't think that I was really ready to face. There's a lot more that goes into it, even though I loved the action of being a vet tech."

Hopkins' grooming service was based in Hot Springs Village for 24 years.

The business' growth started after customers would ask Hopkins for recommendations on places to board their dogs where they wouldn't be kept in a cage. The boarding service began with only 12 suites, she said. All of the dogs were let out of the suites to play with each other during the day, the same as they are now.

"We don't take anybody that has to stay locked up," the owner said. "They have to be able to come out and be social with other dogs and humans. There's plenty of places for other dogs that aren't like that, but I just saw such a need for it."

After some time, Hopkins realized it was time for an upgrade, which led to the creation of Camp Diggity Dogs at 1850 Higdon Ferry Road in October 2019.

"We love watching the dogs drag their owners in here instead of the owners drag the dogs in here," she said. "They really do enjoy the company of other dogs."

With 28 employees total, Hopkins spends much of her time managing her business and its employees, she said. Although, she still spends as much time as she can "loving on every dog." Her own large poodles even come to work with her and follow her wherever she goes.

"We don't have any cages," Hopkins said. " All of our suites have glass fronts so they can see out. We have TVs on at night. We try to make it more of a home-type environment."

It may be a surprise, but the day care even houses one cat, as well. They even accept small animals such as gerbils, hamsters and birds, she said.

Open every day of the week, Camp Diggity Dogs' pricing for day care is $28 per day, with packages available for regular customers. Boarding is priced at $46 per night and grooming starts at $52.

"I've always been accused of going to work and playing with puppies, and I know everybody's jealous," the owner said. "It's a lot of hard work, but I thoroughly enjoy it." 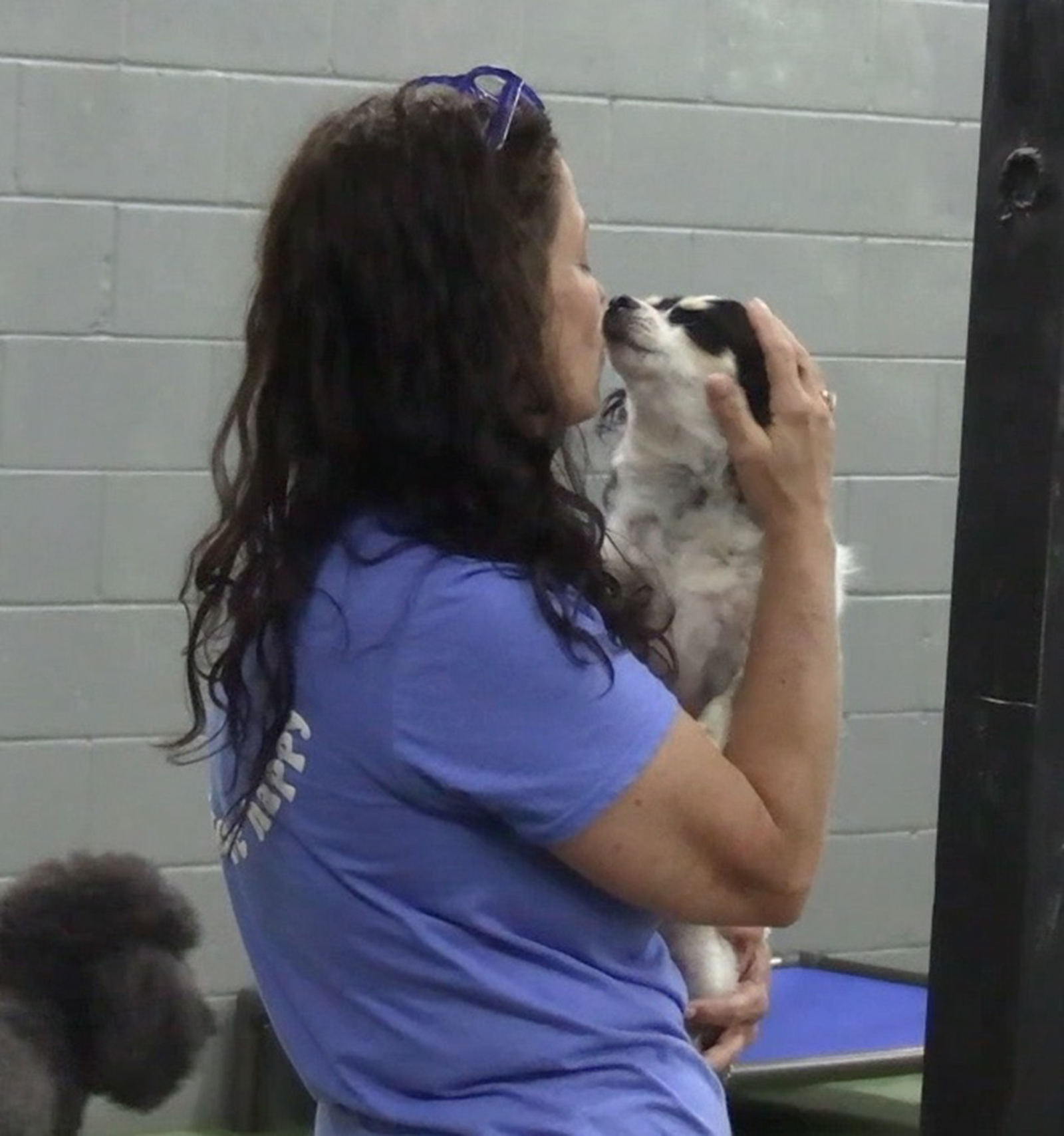 Ashley Hopkins cuddles one of the dogs during day care at Camp Diggity Dogs on Thursday. – Photo by Courtney Edwards of The Sentinel-Record 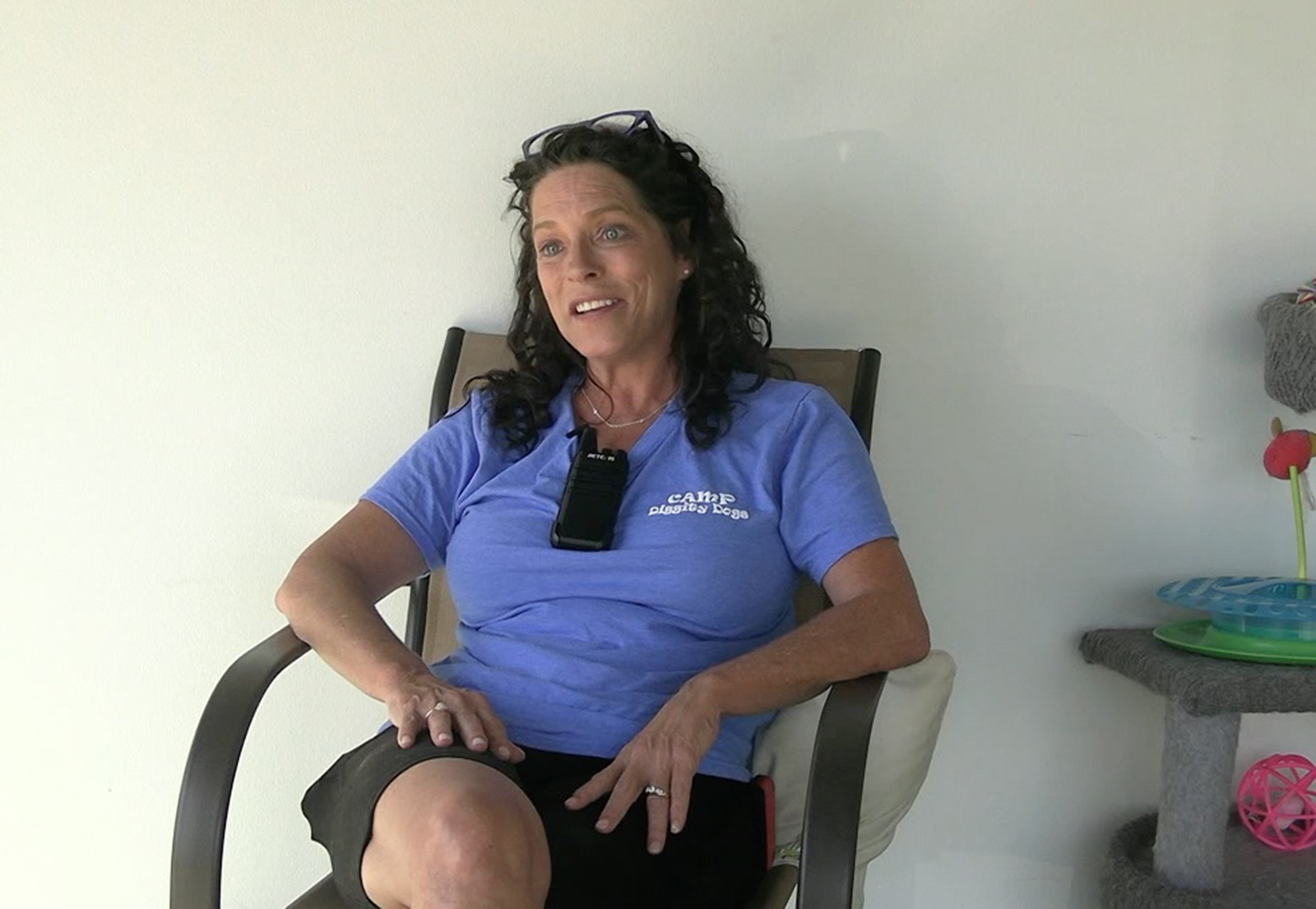 Ashley Hopkins discusses how she and her husband started their business, Camp Diggity Dogs. – Photo by Courtney Edwards of The Sentinel-Record