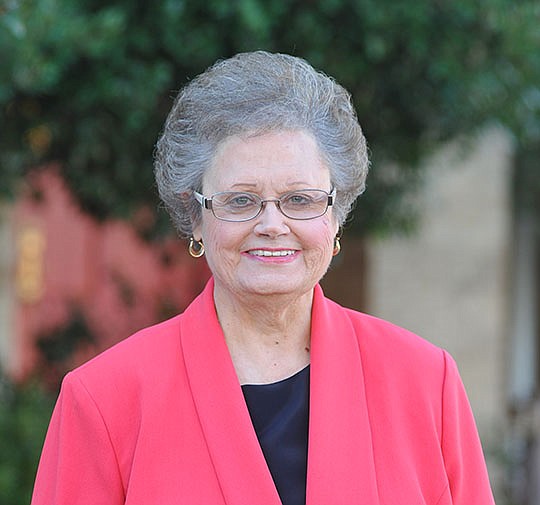 Despite a myriad of late December 2022 challenges -- freezing temperatures, broken pipes in businesses and private homes -- Hot Springs residents pulled together to help each other in times of need.

And by last month's end, the outlook for 2023 appeared considerably brighter.

On that note, we begin the first digit doings column of this new year with a "Thumbs-up" to the good news that seven schools among Garland County's seven school districts earned a B or higher in the 2022 School Report Cards recently released by the Arkansas Department of Education Division of Elementary and Secondary Education Division.

Park Magnet, an IB World School in the Hot Springs School District, was the only one to receive an A, scoring 80.03.

According to the ADE, the report cards "reflect performance data for the 2021-2022 school year and serve as a communication tool to encourage dialogue and to inform decision-making in schools and communities."

Assisted by the Holland Wildflower Farms near Fort Smith and the Garland County Master Gardeners, Headlee and his crew of helpers created native pollinator habitats in three separate seed beds. The project participants spent two days in November preparing about 1,000 square feet of seed beds. The mix of native pollinator-friendly plants was topped with straw and mulch and will begin to bloom around springtime.

Headlee, a member of Troop 1, became a Cub Scout in the first grade and now the Lakeside junior hopes to join the Eagle Scouts. "It's always great to just get out there and help," he said.

Here's a congratulatory "Thumbs-up" to the 25 Garland County Detention Center inmates who graduated from Cooperative Christian Ministries and Clinic's Getting Ahead While Getting Out classes on Dec. 14.

Similar to the other Getting Ahead classes offered at various venues in the community, the aforementioned courses place an additional emphasis on creating a stability plan for the first 72 hours after the inmate is released. Inmates in the latter program meet for 90 minutes twice a week over a seven-week period.

Many thanks to Sheriff Mike McCormick and his staff and to the CCMC personnel for supporting this important educational program.

Meanwhile, we send out a "Thumbs-up" and our heartfelt best to Elaine Jones, who recently was honored for her 24 years of service on the Hot Springs Board of Directors.

According to a city proclamation read by Mayor Pat McCabe on Elaine Jones Day, the Louisiana native moved to the Spa City in 1969 and retired from Kroger after working 44 years at the grocery chain.

Jones also served for 23 years on the Hot Springs Advertising and Promotion Commission and is one of several individuals to have a meeting room in the Hot Springs Convention Center named after them.

The retired District 2 director was instrumental in the city's involvement in the U.S. Department of Housing and Urban Development's Community Development Block Grant program and helped make Hot Springs one of HUD's more than 1,200 entitlement cities. And as McCabe said, "Elaine Jones has demonstrated an unprecedented love for her community and the greater Hot Springs."

And, in this final submission, local resident Sherry Riggs sends out a "Thumbs-up" for the kindness shown to her during a preholiday shopping trip.

As she explained, "I just got home from the grocery store and have to thank this unknown lady who saw me and knew I was in pain. She came up to me and said, 'You sit and let me check out your groceries.' Then she walked with me to the parking lot, took my buggy and unloaded everything into my car.

"I thanked her, told her 'Merry Christmas' and 'God bless you.' I wish I had asked for her name, but I didn't. Walmart, you had an angel in your store today. I hope you know and appreciate them."

The Thumbs Column appears in The Sentinel-Record the first and third Wednesday of each month. The newspaper welcomes readers comments and suggestions, which should be submitted in writing with a telephone number and home address for contact and verification purposes. This information is kept confidential.