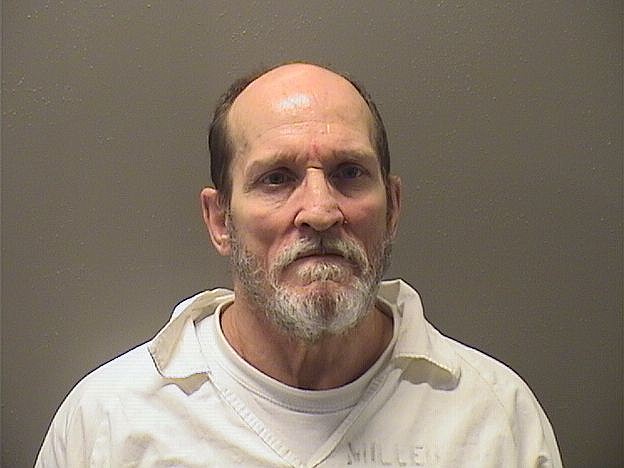 A habitual offender caught with drugs and multiple firearms at his residence almost a year ago was sentenced to 10 years in prison Tuesday after pleading guilty in Garland County Circuit Court.

An additional felony count of possession of a controlled substance, meth, was withdrawn as part of the plea deal.

Garland County Deputy Prosecutor Trent Daniels told The Sentinel-Record on Tuesday that Miller will have to serve his sentence "day for day" because of his previous felony history.

He was sentenced to 10 years in prison on the latter two counts in 2019, but was later paroled.

A former roommate of Miller's, Christopher Michael Armbrust, 44, who was arrested at the same time, had pleaded guilty on Aug. 9, 2022, to simultaneous possession of drugs and firearms and possession of meth with purpose to deliver and was sentenced to 30 years in prison, with 20 years suspended.

According to the probable cause affidavit, on Nov. 13, 2021, a woman filed a report with the Garland County Sheriff's Office regarding the theft of a 2020 Jayco Jay Flight camper trailer, valued at $40,000.

On Jan. 26, sheriff's investigators developed information the trailer was possibly located at a residence in the 5100 block of Spring Street. They drove by the property and saw a camper trailer matching the description parked there. The residence was the listed address of Miller, a parolee on active supervision with the Arkansas Department of Correction.

Around 3:30 p.m., investigators and agents with ADC Probation and Parole went to the residence and located Miller on a bed inside and detained him. In searching him, probation officers found a baggie with 1.3 grams of what tested positive for meth and a small paper square "resembling a tab of LSD."

Next to the bed on a small table, the officers found a loaded Taurus 9-mm semi-automatic handgun "well within Miller's reach from the bed." On the property, they located the stolen 2020 Jayco Jay Flight camper trailer and a 2017 Jayco camper that was determined to have been stolen from Clark County.

The investigators then located Armbrust next to a truck parked beside the trailers. A computer check showed he was an absconder through ADC, so he was taken into custody.

Investigators noticed several clear bags with a crystal substance later determined to be meth, approximately 11.4 grams, on the bumper of the truck within Armbrust's reach and he admitted he had placed the bags there.

During an interview later after being read his rights, Armbrust claimed he had purchased both campers for $400 each and "did some trading." He also stated he purchased the truck, a 2012 Chevrolet, valued at $10,000, for $500, but it was later determined to have been reported stolen through the Hot Springs Police Department.

Later in the day, investigators obtained a search warrant for the Spring Street property and the campers. In searching the 2020 camper, they reportedly found five rifles and drug paraphernalia, including scales and glass bottles.

Miller had pleaded not guilty to the charges on March 8, 2022, and also denied his status as a habitual offender after the charges were amended on May 16 to reflect his previous convictions. The case was continued several times before being set for a disposition hearing on Tuesday.