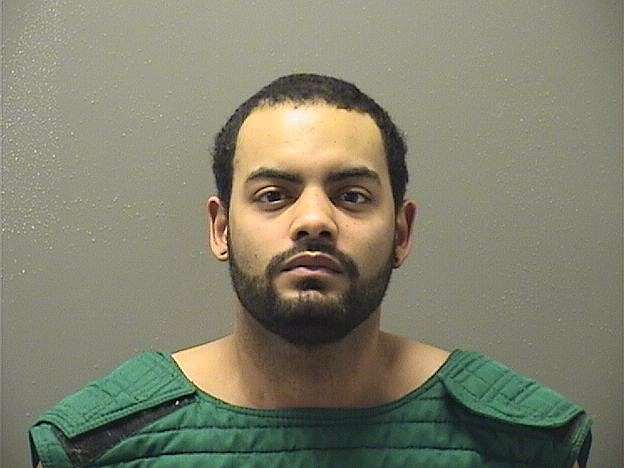 A local man was arrested on a felony assault charge Tuesday night after allegedly chasing his wife around with a knife and threatening her at their home.

Taylor Sean Smallwood, 28, who lists an Idaho Place address, was taken into custody shortly before 9:30 p.m. in the 1500 block of Spring Street and charged with aggravated assault on a family or household member, punishable by up to six years in prison.

Smallwood, who lists no prior criminal history, was later released on a $2,500 bond and is set to appear on Jan. 31 in Garland County District Court. According to court records, his wife had petitioned for an order of protection from Smallwood on June 11, 2021, in Montgomery County, and the matter was set for a hearing, but there was no record of the order being issued.

According to the probable cause affidavit, around 9:15 p.m. Tuesday, Hot Springs police Officer 1st Class William Stockwell was dispatched to the Idaho Place residence regarding an assault.

While en route, he was told a male, identified as Smallwood, was chasing his wife around their home with a knife, but had left the scene. He arrived and made contact with the wife and noted she had blood on her left arm.

She reportedly stated she and Smallwood had been in an argument and he picked up a steak knife and said, "Let me come at you (expletive)!" and charged at her with the knife.

She said she ran to the bathroom and closed the door. Smallwood allegedly began stabbing the bathroom door with the knife and then cut himself before "busting" the door open.

She said Smallwood then wiped blood from his hand on her, threw the knife in the trash can and left the house.

Stockwell noted there was blood on the bathroom door and stab marks. He also reportedly located a broken steak knife in the trash can. Officers located Smallwood on Spring Street, a short distance away, a few minutes later and took him into custody.