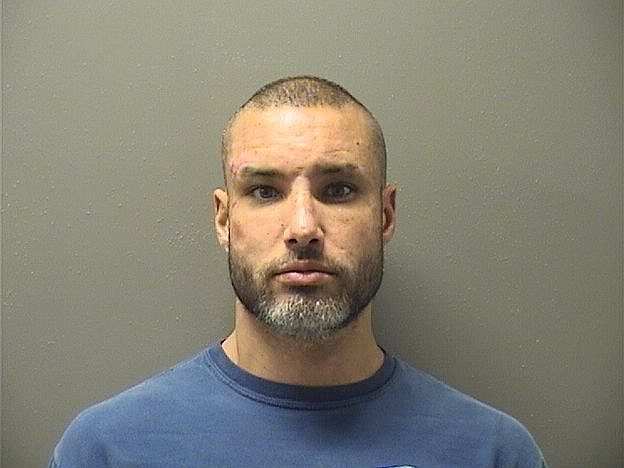 A local parolee classified as a Level 3 sex offender was arrested Tuesday for allegedly having social media accounts that were not registered with his sex offender verification profile.

Joshua Paul Hanke, 38, who lists a Congress Street address, was taken into custody shortly after 4:30 p.m. at the Arkansas Community Corrections Parole and Probation Office, 615 W. Grand Ave., and charged with failure to comply with sex offender registration and reporting requirements, a felony punishable by up to 10 years in prison.

Hanke was initially held on a $3,500 bond but after appearing Wednesday in Garland County District Court where he pleaded not guilty to the charge, his bond was amended to $2,500 and he was released. He is set for a review hearing on March 3 to determine if the charge will be bound over to Garland County Circuit Court.

According to the probable cause affidavit, on Tuesday, Justin Stewart, Hanke's parole officer, contacted Hot Springs police regarding Hanke who he noted was previously charged with felony second-degree sexual assault in Saline County and is required to register as a sex offender.

He stated he used the false name because he did not want police or his parole officer to know he was contacting his ex-girlfriend, which would be in violation of his parole.

Woodall noted that on Nov. 21, 2022, Hanke had signed Arkansas Sex Offender Registry documents stating he understood he is supposed to report any social media information, email, change of address, mailing, employment and all personal information and if he failed to do so he could be arrested for failure to comply with his registration.

Hanke is classified as a Level 3 sex offender which are considered "high risk" and "have a history of repeat sexual offending, and/or strong anti-social, violent or predatory personality characteristics," according to the Arkansas State Sex Offender Protocol Training Manual.

According to court records, Hanke was convicted on Feb. 6, 2020, in Drew County of possession of a controlled substance, meth, with purpose to deliver and possession of a firearm by certain persons and sentenced to 10 years in prison, but was later paroled. He was convicted on March 17, 2010, in Saline County on charges of second-degree sexual assault, kidnapping and terroristic threatening and sentenced to 15 years, but was later paroled.