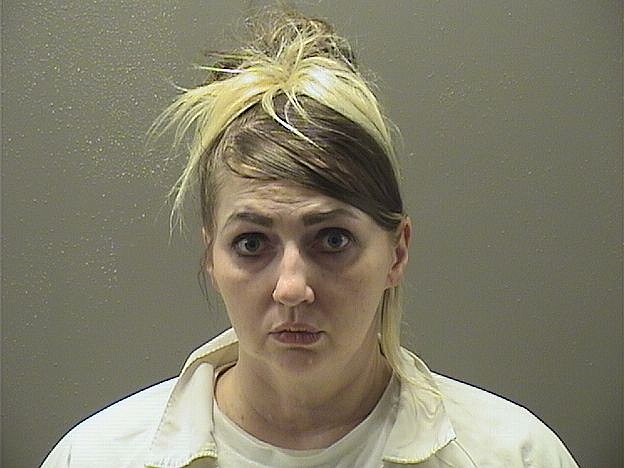 A Little Rock woman who was arrested in Hot Springs in 2021 for felony drunken driving, her sixth offense, after multiple 911 calls from other motorists was sentenced to five years in prison Wednesday after pleading guilty.

Tammy Haynes Russell, 43, who was on parole from a 2015 conviction for felony DWI at the time of her arrest on Sept. 23, 2021, pleaded guilty in Garland County Circuit Court to DWI 6, punishable by up to 20 years, and was sentenced to five years in prison, fined $900 and ordered to pay $320 in court costs.

Russell's parole from her previous conviction was revoked after her arrest, so she has remained in custody since then. Additional charges of driving on a suspended driver's license, driving left of center, and driving a vehicle without registration were adjudicated by time served.

According to the probable cause affidavit, on Sept. 23, 2021, shortly after 4 p.m., a dispatcher advised Arkansas State Police Cpl. Michael Reed of a possibly intoxicated driver in a red Cadillac CTS entering the King Expressway westbound from Highway 70 east and was given the license plate number.

Reed was traveling eastbound on the expressway at the time crossing Malvern Avenue and spotted the Cadillac traveling in the outside lane and noted it crossed the fog line at one point. He was unable to stop the vehicle at that time because of the concrete barrier separating the eastbound and westbound lanes.

About an hour later, dispatchers received a second call about the same vehicle now traveling south in the 5300 block of Central Avenue with callers reporting the vehicle was "all over the roadway."

Reed said he traveled Highway 7 south "nearly to Bismarck," but was again unable to make contact. Shortly before 8 p.m., a third caller reported seeing the same vehicle on Highway 70 east near Crossgate Church in the 3100 block headed east and noted the vehicle was "traveling into oncoming traffic."

Reed was on Highway 70 just west of Highway 128 and met a red Cadillac near Summit Ridge which "traveled well onto the south shoulder" as he passed. He said he was hesitant to turn around at first "because I didn't believe the Cadillac would have made it to me in that short a time" but then was told the vehicle was reportedly in the area of Summit Ridge.

He caught up to the Cadillac and confirmed it had the same license plate reported in all three 911 calls as the vehicle again traveled onto the south shoulder and then drifted into the inside traffic lane. He activated his lights as the Cadillac continued east and noted the driver was "having a difficult time maintaining a traffic lane."

The driver, identified as Russell, finally stopped in a private drive past Fairplay Drive.

In making contact with Russell, Reed noted an odor of intoxicants coming from the vehicle and asked her if she had anything to drink. She said she had one and he noticed her speech was slurred. He asked her to get out and she "staggered" and had to use her door for balance.

Russell told Reed she was positive for COVID-19 and had just been released from the hospital the day before. When asked about medications, she stated she was on blood pressure and pain medications.

Reed administered a portable breath test, which Russell failed, so he took her into custody. At the detention center, Russell submitted to field sobriety tests and failed all three. She refused to provide a urine sample and was having trouble breathing at that point and was unable to provide a breath sample.

Russell said she didn't want to provide a urine sample because she was taking medication for neck pain. Reed noted the medication is "a high-powered muscle relaxer that carries a warning about operating a vehicle and avoiding alcohol while taking it."

According to court records, Russell was convicted of felony DWI on Oct. 19, 2015, in Hot Spring County Circuit Court and sentenced to 12 years in prison, but was later paroled.