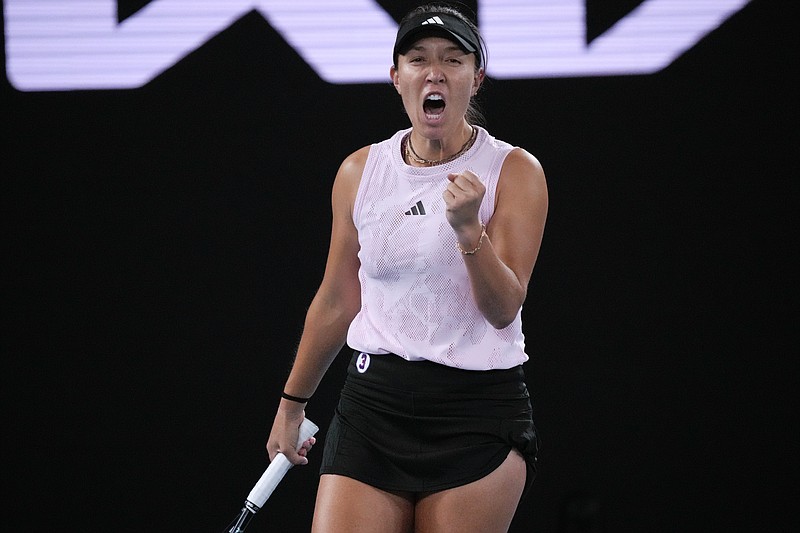 Jessica Pegula of the U.S. celebrates after defeating Aliaksandra Sasnovich of Belarus during their second round match at the Australian Open Wednesday in Melbourne, Australia. - Photo by Dita Alangkara of The Associated Press

MELBOURNE, Australia -- At the draw ceremony for the season-ending WTA Finals in October, the emcee called Jessica Pegula to the front of the room and asked the 28-year-old American about her championship at an event in Mexico a handful of days earlier.

He called it the "biggest title" of her career. Pegula politely corrected him: "Biggest title so far," she said, emphasizing those last two words.

Pegula chuckled when asked about that exchange during an interview with The Associated Press.

"I didn't mean to say that, but that's good that I said that," she said. "So far, that IS my biggest title, so that's factual and true -- but also, hopefully, definitely not the last."

Pegula's had a winding journey in professional tennis and, at the Australian Open, she is hoping to add by far her most significant trophy yet. When she steps on court to face 2012-13 champion Victoria Azarenka on Tuesday, Pegula will be appearing in the quarterfinals for the third year in a row at Melbourne Park -- and for the fifth time overall at a major, all in the past 24 months.

The No. 3 Pegula is the highest-seeded woman remaining, with No. 1 Iga Swiatek and No. 2 Ons Jabeur eliminated.

"I have a great shot here. ... All around, throughout the whole tournament, I've been playing the best I have," she said Sunday after beating 2021 French Open champion Barbora Krejcikova 7-5, 6-2 in the fourth round.

Pegula relies on terrific returning (she's won a tournament-high 64% of games served by opponents) and strong defense. She uses a flat forehand and backhand slice (she's won 61% of points played at the baseline, second-best so far).

"She plays quite simple, which is, I would say, a compliment," Azarenka said, likening that aspect of Pegula's approach to former No. 1 Ash Barty, who "just did certain things so well, over and over and over again." 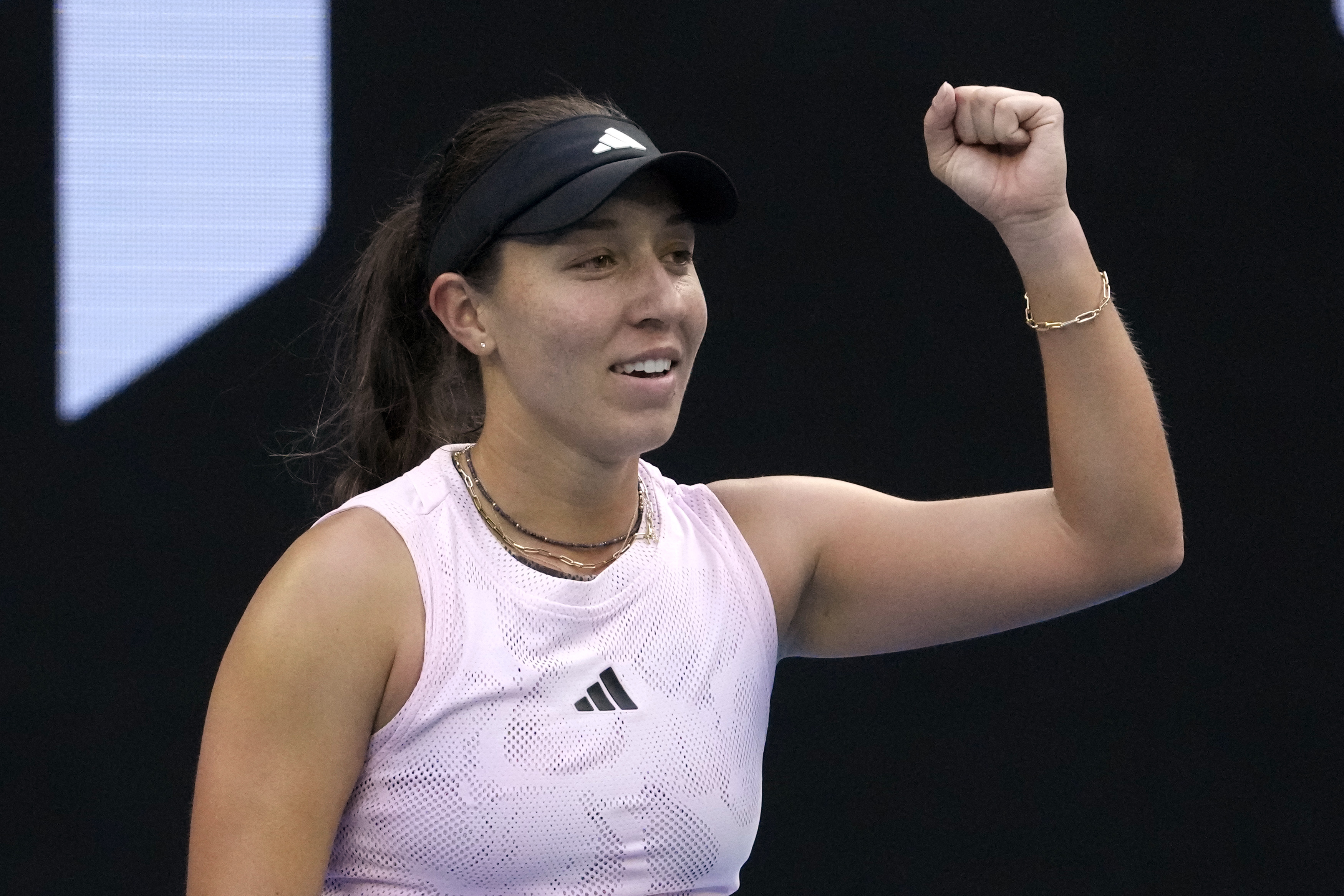 Jessica Pegula of the U.S. celebrates after defeating Barbora Krejcikova of the Czech Republic during their fourth round match at the Australian Open tennis championship in Melbourne, Australia, Sunday, Jan. 22, 2023. (AP Photo/Ng Han Gua 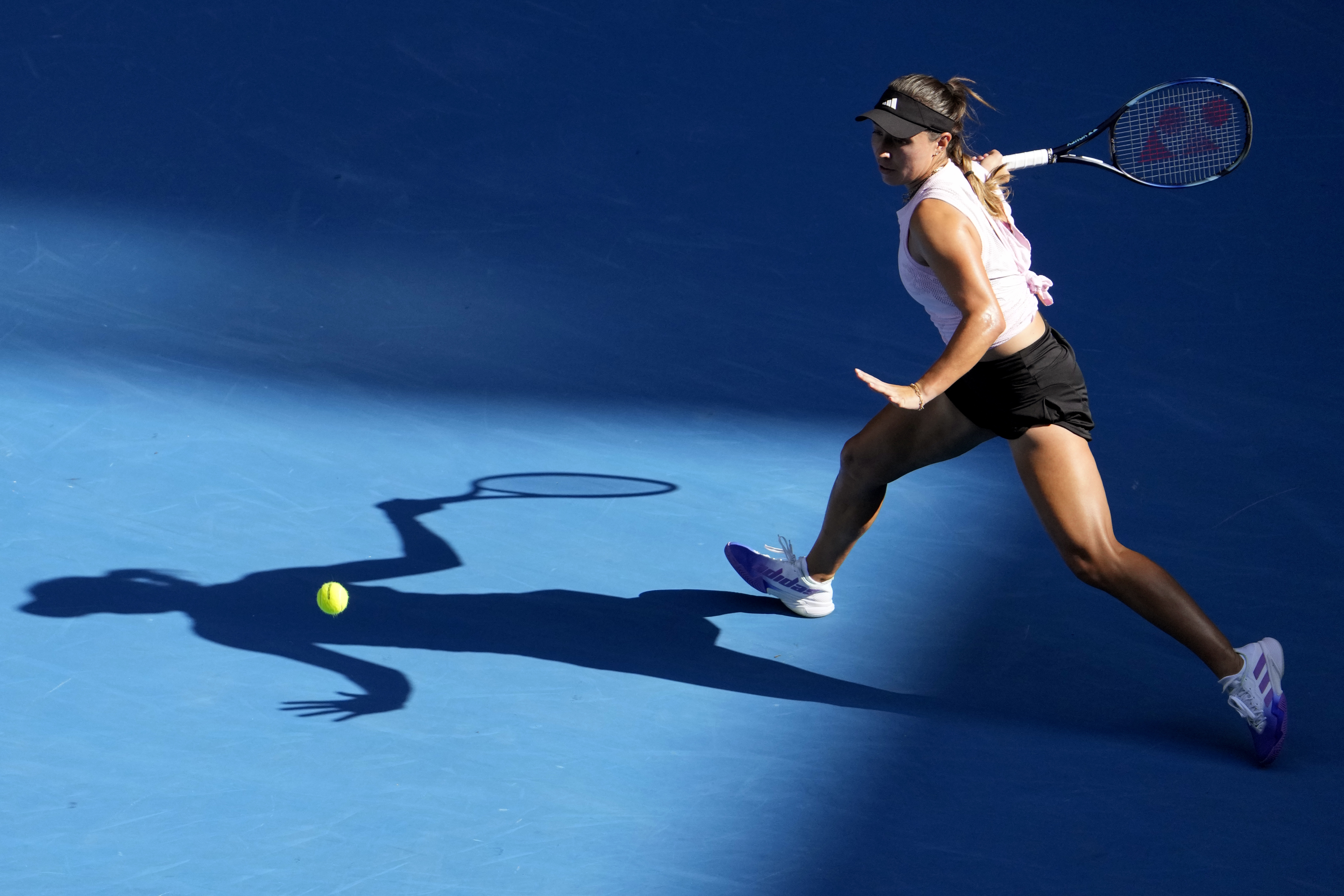 Jessica Pegula of the U.S. plays a forehand return to Barbora Krejcikova of the Czech Republic during their fourth round match at the Australian Open tennis championship in Melbourne, Australia, Sunday, Jan. 22, 2023. (AP Photo/Ng Han Guan)