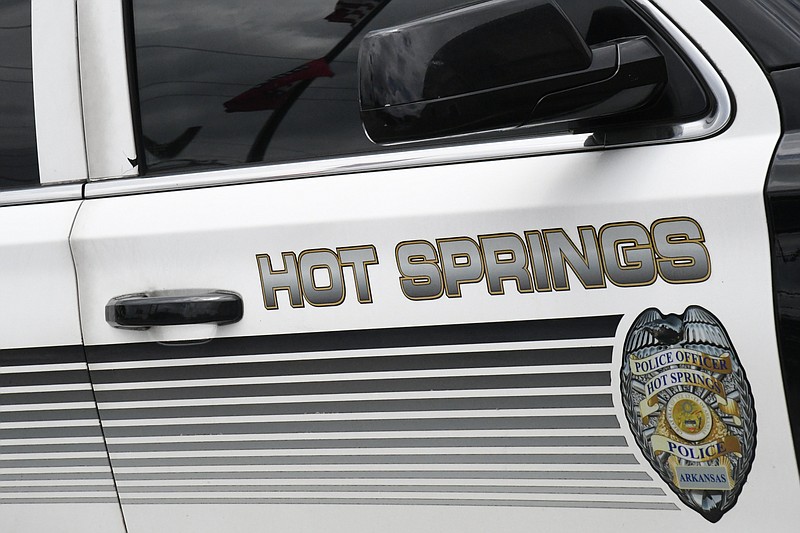 A Hot Springs police patrol unit is shown. - File photo by The Sentinel-Record

A Texas man was arrested Thursday on multiple felony charges for allegedly stealing a $19,000 dump trailer from a local dealership using a phony check after the business owner chased him to Hot Spring County.

Gerson Dario Perez, 38, who lists an Irving, Texas, address, was taken into custody shortly after 5:30 p.m. and charged with theft of property over $5,000 and second-degree forgery, each punishable by up to 10 years in prison, and nonfinancial identity fraud, punishable by up to six years.

Perez remained in custody Sunday in lieu of a $9,500 bond and a zero bond parole hold from U.S. Immigration and Customs Enforcement and is set to appear today in Garland County District Court.

According to the probable cause affidavit, around 2 p.m. Thursday, a man entered Platinum Trailer Group, 999 Airport Road, and purchased a 2022 tandem axle dump trailer using a Wells Fargo check in the amount of $19,000. The man provided a Texas ID card identifying himself and the check was written on an account for a Benton construction company in the same name.

After purchasing the trailer, the man attached it to a 2008 Chevrolet Silverado truck with a temporary Texas license plate and left in an unknown direction. The owner of Platinum, 28, contacted Wells Fargo Bank and discovered there was no checking account in the name of the man or the construction company.

The owner "relocated" the truck and trailer and followed it into Hot Spring County where he was able to make contact with the Hot Spring County Sheriff's Department and one of their deputies and an Arkansas State Police trooper stopped the vehicle on Interstate 30 headed west.

The truck was towed and the trailer was turned back over to the owner while the trooper transported the man, later identified as Perez, to the Hot Springs Police Department where he was interviewed by Detective Corbin Rideout.

The affidavit notes Perez was identified as the one who had presented the check for payment using another man's name and ID. It was noted at the time of his arrest that Perez had a notebook in his possession that contained "numerous other checks" that are being investigated further.

Perez allegedly told Rideout he was in Dallas "looking for some labor work" when he was approached by the man whose name he had used. He said the man asked him to travel to Hot Springs to pick up a trailer and he agreed to do it.

He said the man gave him a check, his Texas driver's license and the Silverado truck and he drove to Hot Springs, went to Platinum Trailer Group and purchased the trailer.

The affidavit notes that "due to a language barrier," Cpl. Jjesus Anaya assisted in the interview. After the interview and further investigation, Perez was taken into custody on the various felony charges.