WATCH | Runs in the family: J’ville siblings shine for Lions 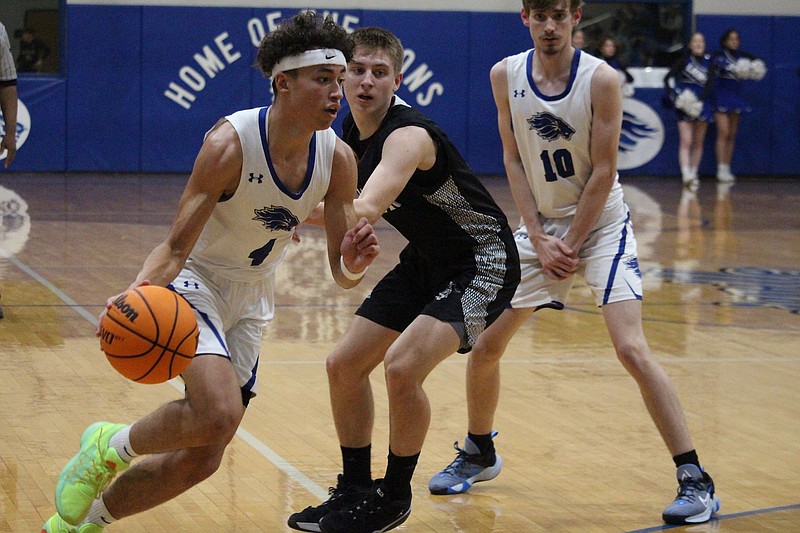 Jessieville's Noah Futch (4) drives past a defender at Jessieville Sports Arena. - Photo by Krishnan Collins of The Sentinel-Record

JESSIEVILLE -- When Jessieville fans attend basketball games, they are usually treated to two standout performances from players with the last name Futch.

Noah and Payton Futch have been lighting up the floor for the Lions and Lady Lions, respectively, this season with big-time performances seemingly every single night.

"We always worked on our game together," Noah Futch said. "Working out and training with our dad has really helped us get to this point."

The siblings started practicing together when they were younger, and being raised in that competitive environment helped shape them into the players they are today.

"Very competitive," Noah Futch said. "She always wants to beat me. But it definitely helped our game."

The older Futch has been excelling for the Lions for multiple seasons now and brings experience to the Jessieville boys team.

This season, his sister came in as a freshman and made an instant impact for the Lady Lions. Payton Futch tends to score in the 30s game in, game out.

"It means a lot," Noah Futch said about his sister's performances this season. "It's really good because we go back to the days we were working out. For her to get to this level, it really makes me proud."

"I mean I was hoping for (the success)," Payton Futch said. "Just working out I knew it could happen. Just playing my game and playing how I know how to play and not worrying about anything else."

Of course, the younger sibling has always had an older brother to look up to throughout the years.

Highlighting his outstanding play this season, Noah Futch notched a double-double with 39 points, 10 rebounds and six assists against Fouke, and he has a 40-point performance to his name this season.

"It's very cool," his sister said. "Like I can just follow his footsteps and look at the stuff he's done."

The brother and sister give tons of credit to their father, who has helped them practice and get better to the level they are at now.

"He's just always been working us out mentally and physically ever since we were little and talking about the stuff we could do and things we're doing right now," Noah Futch said. "So we give him the credit."

Payton Futch said her dad always told them they could be as impactful as they are now, and the siblings are proving him right every game night for Jessieville.

The Lady Lions started the conference season well and currently sit at 5-2 in the Class 3A-7. Scrivener's team is third in the league right now and travels to Bismarck tonight in an attempt to close the gap on Fouke and Glen Rose.

The Lady Lions' standout freshman will no doubt have a big part to play in Jessieville's quest for a good end to the conference season.

"We've been doing good," Payton Futch said. "Like my dad said, it's growing pains when we lose. I mean, we're young. We've just got to get through that. I think we're going to do good this year. We're the underdogs for sure."

Noah Futch and the Lions sit in a good position in the league with the same 5-2 tally as the girls team.

Haskell Harmony Grove is the class of the conference right now with an 8-0 record, but the rest of the league is packed tightly behind the Cardinals.

"We started off a little bit rough, but we got back on track," the older Futch said. "We played a few tough teams and now we're playing conference and doing very good. Hopefully, we make it to state at the end of the year."

Both of the siblings will be vital to any kind of run either Jessieville team makes in the postseason, and for the Futch family and Jessieville fans alike, it is a treat to watch the two show out in white and blue.

"It's just very cool and something you've dreamed of," Payton Futch said. "Just us both doing our thing out there. It's happening, so it's cool." 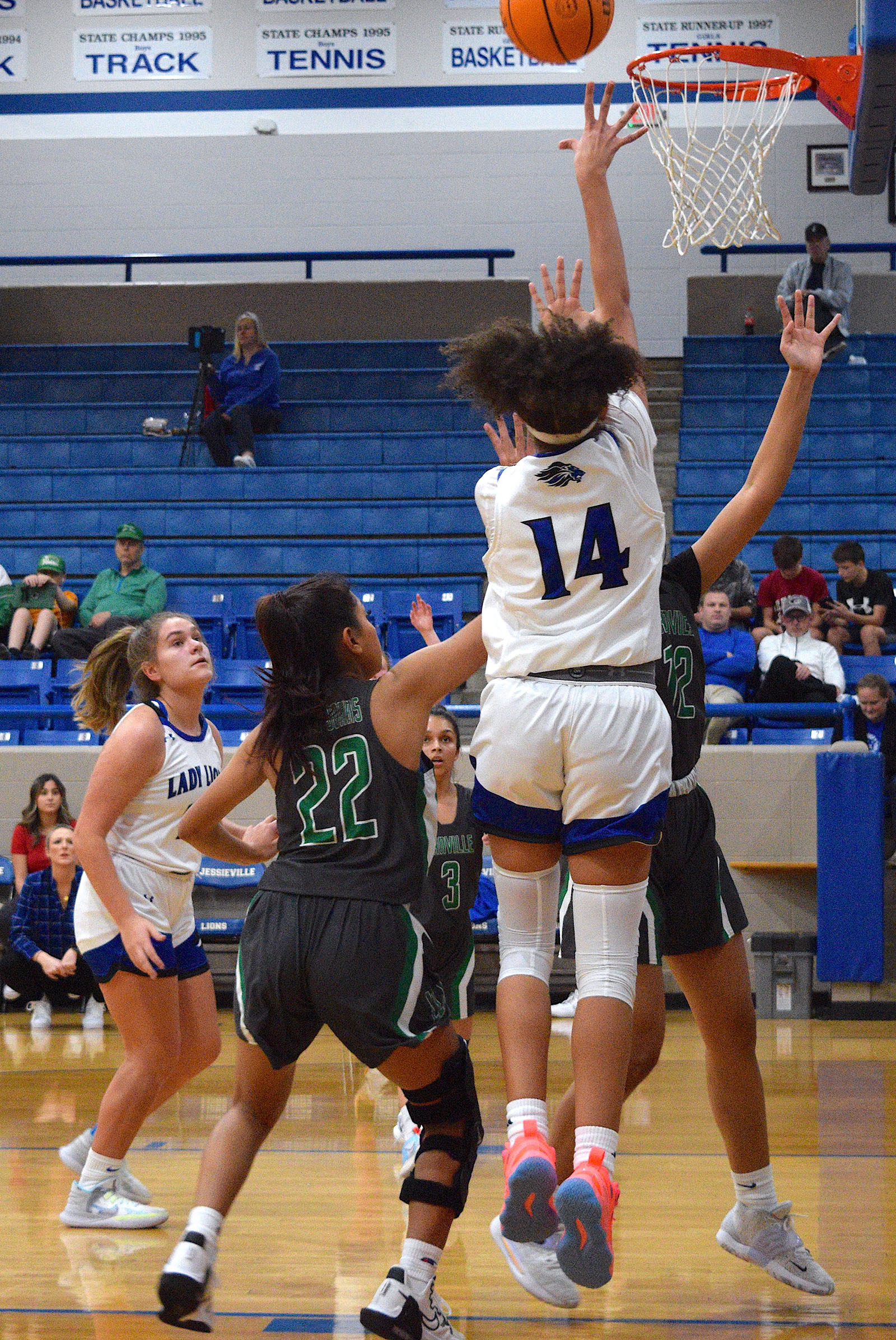 Jessieville's Payton Futch (14) takes a shot against Danville on Dec. 9, 2022, at Jessieville Sports Arena. - Photo by Donald Cross of The Sentinel-Record