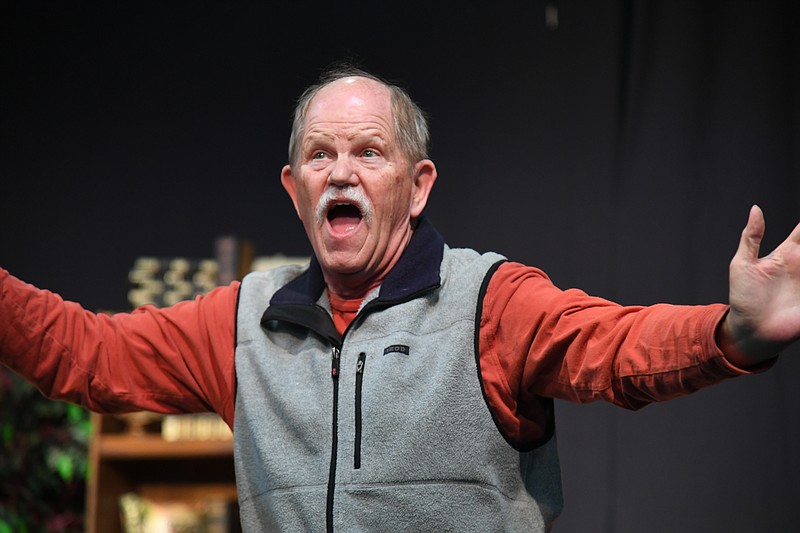 Steven Mitchell, president of the board of the Pocket Community Theatre, dances while practicing his role as Professor Morrie Schwartz. - Photo by Lance Brownfield of The Sentinel-Record

The Pocket Community Theatre is kicking off its 2023 season in the shortest month of the year with a play that features one of the smallest casts of any play -- just two people.

Their production of "Tuesdays with Morrie" is set to premiere on Friday, Feb. 3.

"Tuesdays with Morrie" is based on the real-life account of Mitch Albom, a pianist turned journalist who spent every Tuesday with his former sociology professor, Morrie Schwartz, for several weeks as Schwartz battled with and eventually died from amyotrophic lateral sclerosis, also known as Lou Gehrig's disease, a progressive neurodegenerative disease for which there is no cure.

The part of Morrie Schwartz is played by Steven Mitchell while Mitch Albom is portrayed by Dan Breshears. Mitchell is president of the board for the theater, with Breshears and Day being members of the board, as well.

"I have the great fortune of having two very experienced, very talented actors in this show," Day said. "They really help bring the show to life."

The show runs Feb. 3-5 and 10-12 with Friday and Saturday night shows starting at 7 p.m. and Sunday matinees at 2:30 p.m. General admission tickets cost $20 with tickets for seniors and students at $15.

Tickets may be purchased at the door or by visiting https://www.pockettheatre.com/.

"It's a great show," Day said. "It's a family-friendly show. We touch on a lot of topics here and it's good things for everyone to be reminded of sometimes. It's really going to touch your heart." 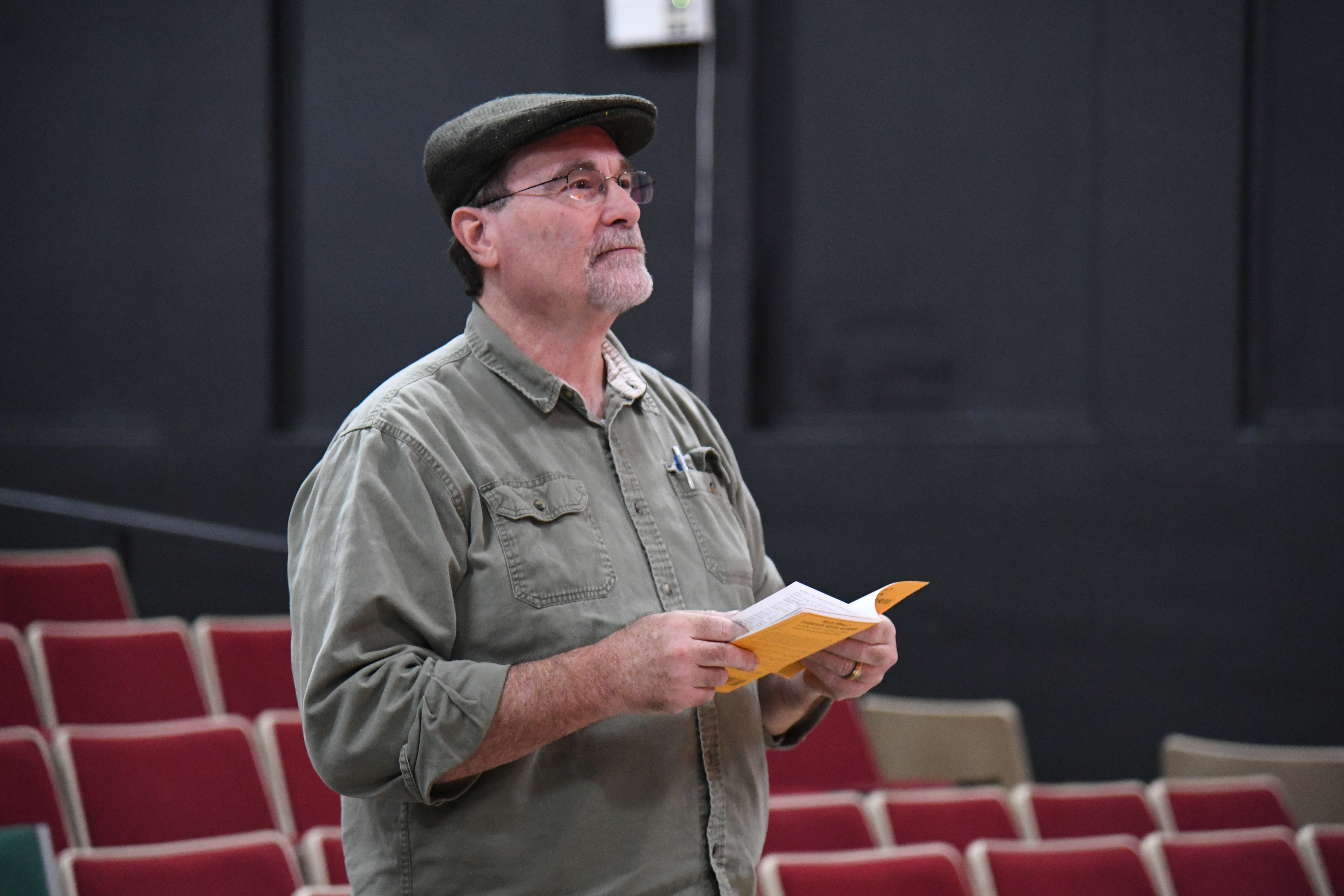 Director Kevin Day looks over the playbook as the actors run through a practice performance of the Pocket Community Theatre’s play, “Tuesdays with Morrie” on Thursday. - Photo by Lance Brownfield of The Sentinel-Record 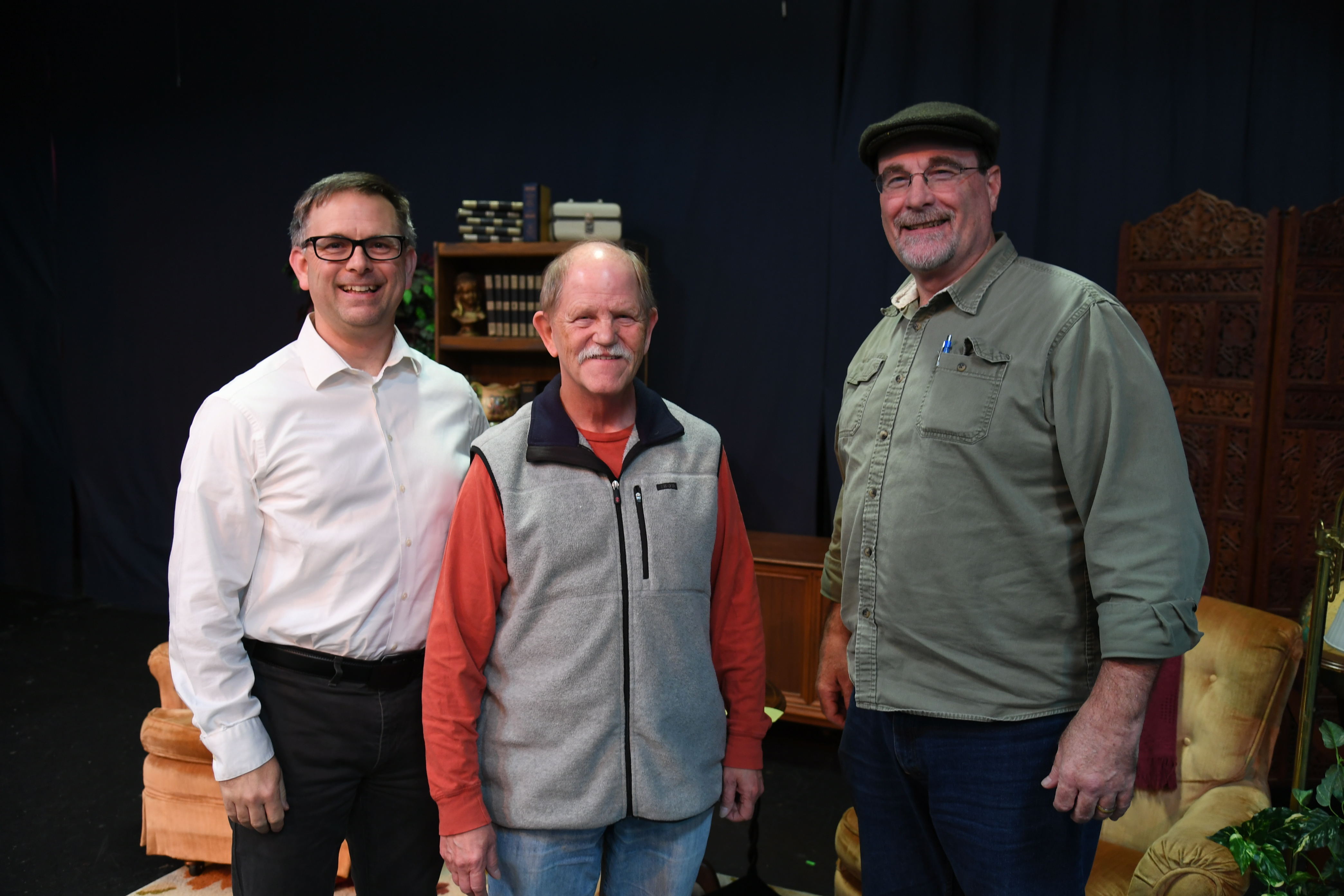 Director Kevin Day, right, is shown with his cast of two, Steven Mitchell, center, who is playing the part of Morrie Schwartz and Dan Breshears, who plays Mitch Albom. - Photo by Lance Brownfield of The Sentinel-Record