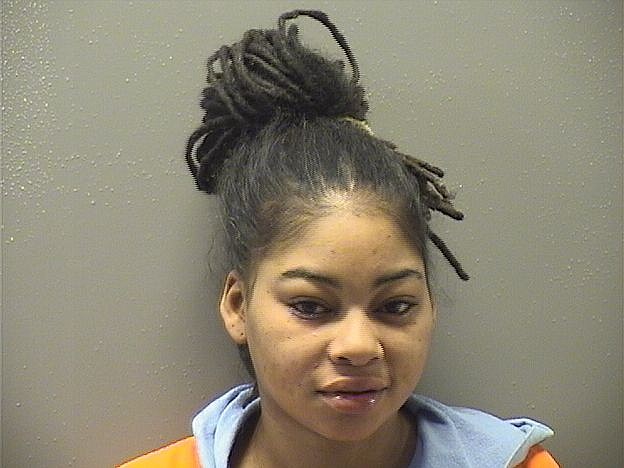 A local woman was arrested on a felony battery charge late Saturday stemming from allegations she caused injuries to her 11-year-old son after they were reported by the boy's school counselor.

Starneisha Geneva Pitchford, 31, of 795 Omega St., was taken into custody at her residence shortly after 11 p.m. and charged with second-degree domestic battery, punishable by up to 10 years in prison.

Pitchford, who also had a misdemeanor warrant for failure to appear, was being held on a zero bond and was set to appear Monday in Garland County District Court.

According to court records, she had pleaded guilty on Nov. 10, 2022, to a felony charge of third-degree escape and was sentenced to five years' supervised probation. The charge stemmed from an incident on Jan. 7 where she was taken into custody on misdemeanor counts of harassment, disorderly conduct and resisting arrest and got free from her handcuffs while being transported to jail, jumping out of the Hot Springs police unit, only to be recaptured a few blocks away.

According to the probable cause affidavit, shortly after 10:30 p.m. Saturday, HSPD Officer Aaron Combs responded to the residence regarding a battery after getting a phone call from a counselor for the Hot Springs School District who had received information one of her students had been attacked by his mother, identified as Pitchford.

The counselor sent photographs of the juvenile victim and officers observed he had a bloody nose and scratches on his left collar bone. Officers got to the residence and made contact with the victim, who reportedly confirmed he had been in an altercation with his mother.

He said Pitchford "became upset" and struck him multiple times in the face and scratched his collarbone. Officers made contact with Pitchford at the scene and took her into custody. A computer check also revealed the misdemeanor warrant.

Officers also spoke to Pitchford's boyfriend, 26, who reportedly stated Pitchford was "intoxicated and upset." He said he attempted to stop Pitchford from attacking her son, but "he was unable to stop her."