Crash into utility pole leads to arrest of felon with gun 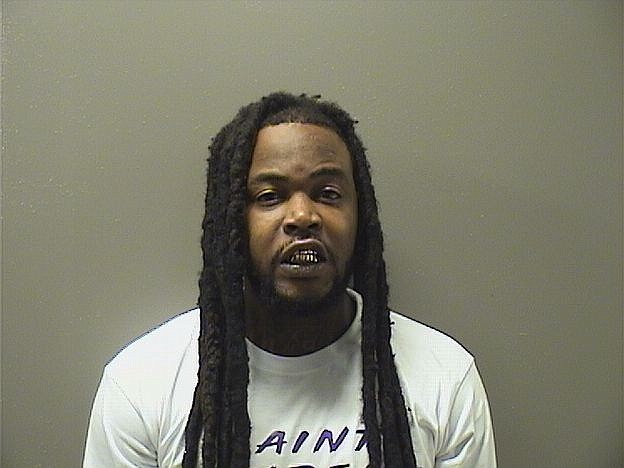 A local felon was arrested late Saturday when a loaded gun was allegedly found in his Corvette after it collided with a utility pole near Transportation Depot.

Tracy Lynn Samuels, 31, who lists a Curbstone Street address, was taken into custody shortly before 11 p.m. in the 100 block of Broadway Terrace and charged with a felony count of possession of a firearm by certain persons, punishable by up to six years in prison, and misdemeanor counts of driving on a suspended driver's license and leaving the scene of a property damage accident.

Samuels, who was also cited for careless and prohibited driving, no insurance, and use of a wireless phone for interactive communication while driving involving a collision or accident, was later released on a $2,500 bond and is set to appear Jan. 31 in Garland County District Court.

According to court records, Samuels was convicted on Jan. 12, 2016, of possession of marijuana with purpose to deliver, possession of drug paraphernalia and theft by receiving of a firearm and sentenced to five years' supervised probation, which was later revoked and then extended by 42 months on June 11, 2018. He was arrested on March 19, 2022, for possession of a firearm by certain persons and later released on a $2,500 bond with a trial date set for May 30 in Garland County Circuit Court.

According to the probable cause affidavit on Saturday's arrest, shortly after 10 p.m., Hot Springs police Officer 1st Class Shane Lewis was on Broadway Street approaching Market Street when he saw a red Chevy Corvette that was traveling southbound on Broadway directly in front of him.

As they got to the intersection with Market, the Corvette veered to the right, left the road and collided with a utility pole on the roadside. It then continued south about 100 yards before finally coming to rest near the driveway to Transportation Depot. The vehicle then entered the parking lot where Lewis was able to make contact with the driver and sole occupant, identified as Samuels.

"Due to prior contacts" with Samuels, Lewis "knew him to have a history of firearms and drugs," the affidavit states. A wrecker was called due to the front passenger wheel of the Corvette being torn off in the collision.

In inventorying the vehicle prior to towing, Lewis allegedly located a Glock 33 handgun loaded with a magazine with 22 rounds and one round in the chamber. There was also an additional loaded magazine found in the vehicle.

A computer check showed Samuels' prior felony history, so he was taken into custody for possession of the gun.

Once at the detention center, Samuels was read his rights and reportedly claimed "that he had his felonies expunged and that he could now be around firearms," the affidavit said.

Print Headline: Crash into utility pole leads to arrest of felon with gun