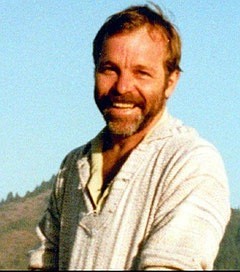 He was born in Hot Springs, Ark., on Oct. 3, 1944, to the late Nadine and Richard (Dick) Pride, the second of their five sons. As the son of an Army officer, he lived in many places growing up, ultimately graduating from Pacific Grove High School in California.

He attended several colleges, including Ouachita University in Arkansas and the University of Tennessee in Knoxville, but ultimately, it was his powerful artistic talent that guided him for the rest of his life. He spent many years in San Francisco before moving to Mendocino, Calif., where he created beautifully designed landscapes and paintings. He also designed sets for many dramatic productions, including an episode of "Murder She Wrote," where he was so happy to have met Angela Lansbury.

Gary was a tender soul. He was never without a dog, and sometimes two. They were his constant companions, and he loved and cared for them passionately.

Following the death of his longtime partner, Dale, Gary returned to Arkansas to be near family, living in Hot Springs and Little Rock while his mom was still alive, and then settling in Eureka Springs.

He was preceded in death by his parents and Dale.

A celebration of his life will be held at a future date.

Memorial contributions may be made to a local chapter of the Humane Association or ASPCA (the American Society for the Prevention of Cruelty to Animals.)