WATCH | ‘Decade in Review’: CMS event celebrates its accomplishments over the last 10 years 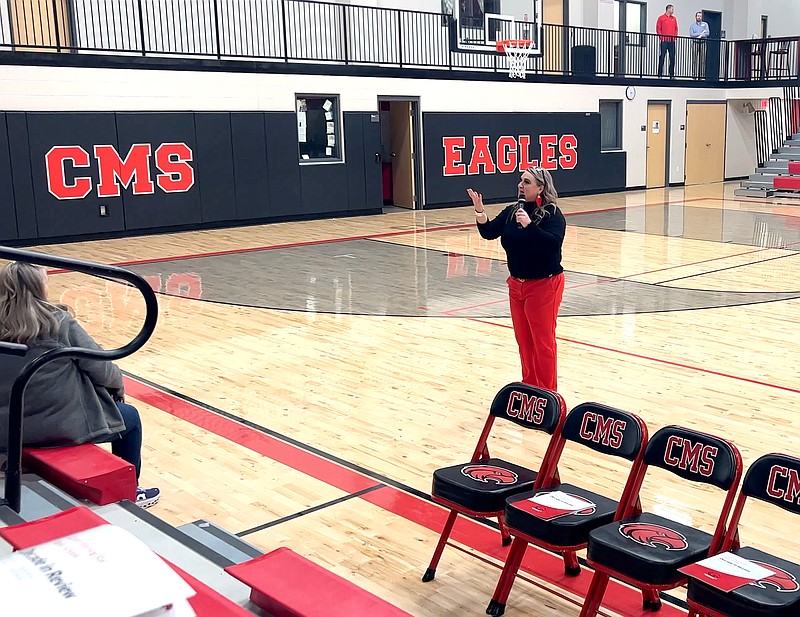 Cutter Morning Star School Superintendent Nancy Anderson talks about challenges the district has overcome in the last 10 years during Monday night's "Decade in Review" at Eagle Arena. - Photo by Brandon Smith of The Sentinel-Record

The Cutter Morning Star School District hosted a "Decade in Review" Monday night at Eagle Arena to celebrate the fiscal challenges the district overcame within the last 10 years.

After being classified in fiscal distress by the state in 2011, aging buildings were replaced as the district slowly began to become more financially secure with the passing of two millage increases in 2012 and 2017.

Along with increases in both enrollment and graduation rates over the past 10 years, in 2014 the district renovated the bathrooms in the elementary school, acquired a building for the Alternative Learning Environment program, and added new administrative suites and a board room.

The new high school and basketball arena were completed in 2020, along with a FEMA shelter, while 2021 and 2022 saw the addition of a new football stadium, new maintenance and transportation buildings, baseball/softball field upgrades, and a car wash opening.

District Superintendent Nancy Anderson recognized both past and present board members with plaques.

"I'm very excited to share the progress that Cutter Morning Star has made over the last 10 years, and it's all because of all of you and your leadership," she said.

She said she wanted to host the event in January because it is Arkansas School Board Member Recognition Month.

"So often, board members do not get the opportunity to see the results of their decisions," she said. "You make a lot of our decisions every day, or every month, and sometimes you're not on the board long enough to actually see the things that have happened through your decision-making."

Anderson said although fewer than 1,000 voters turned out for both elections combined over the five-year period, she believes community support has gained momentum.

"Oddly enough, that was one of the highest voter turnouts that we had had for millage votes when we had that vote. We just didn't have a lot of turnout in the past, obviously, but people, they spoke loud and clear."

She noted that people do not always see their tax dollars at work, as it sometimes goes into such things as HVAC improvements, curriculum and instruction, personnel and other resources.

"That's why tonight was really important to me, because I want people to know that I take it very, very seriously. It's not my money. It is the taxpayers' money, and I do the very best that I can to be a good steward with that money with which I've been entrusted," she said.

Jackson, who coached the Eagles' football team for seven years prior to becoming high school principal at Warren High School in 2007, noted the drastic changes he saw since last being on campus.

"I went out on the football field and there was a cable around the field that was laying on the ground. The visitor's bleachers were tucked over on the side. The lights didn't work. And the pole on the end leaned at about a 45-degree angle. We had one helmet and three pairs of shoulder pads, two knee pads, and I said, 'Welcome to Cutter.' I went in and shut the door and said, 'What have I done?'" he said.

What he did not realize at the time, he said, was "the power of this community and how supportive they are."

"It all went back to the investment of the people in this community," he said.

"It was probably the best eight years that I've been in education. I've been in a large school district, just retired from one that has a thousand students. And bigger doesn't mean better it just means bigger. And it was delightful to come back home.

"My wife come and said, 'When you come back in town, don't hit the bypass, come out here and go look at Cutter's facilities.' I said, 'Take a picture for me.' She said, 'No, a picture won't do it justice.' So when I drove back in, I just stopped on the side of the road, walked over there; it brought a tear to my eye. It was special."

The event ended with a video compilation highlighting the state the school is in now as students told what they liked about Cutter Morning Star.

"Sometimes it's hard for me to put into words," Anderson said. "I get very emotional about it because it's been, I mean, it has been an emotional ride."

She said when she became superintendent in 2012, she did not realize all the challenges the district actually faced.

"But just looking back, I'm just very, very proud. I'm proud for the community, I'm proud for our students. It's all about students and making them, of course, learn, but also developing them and growing them into responsible adults." 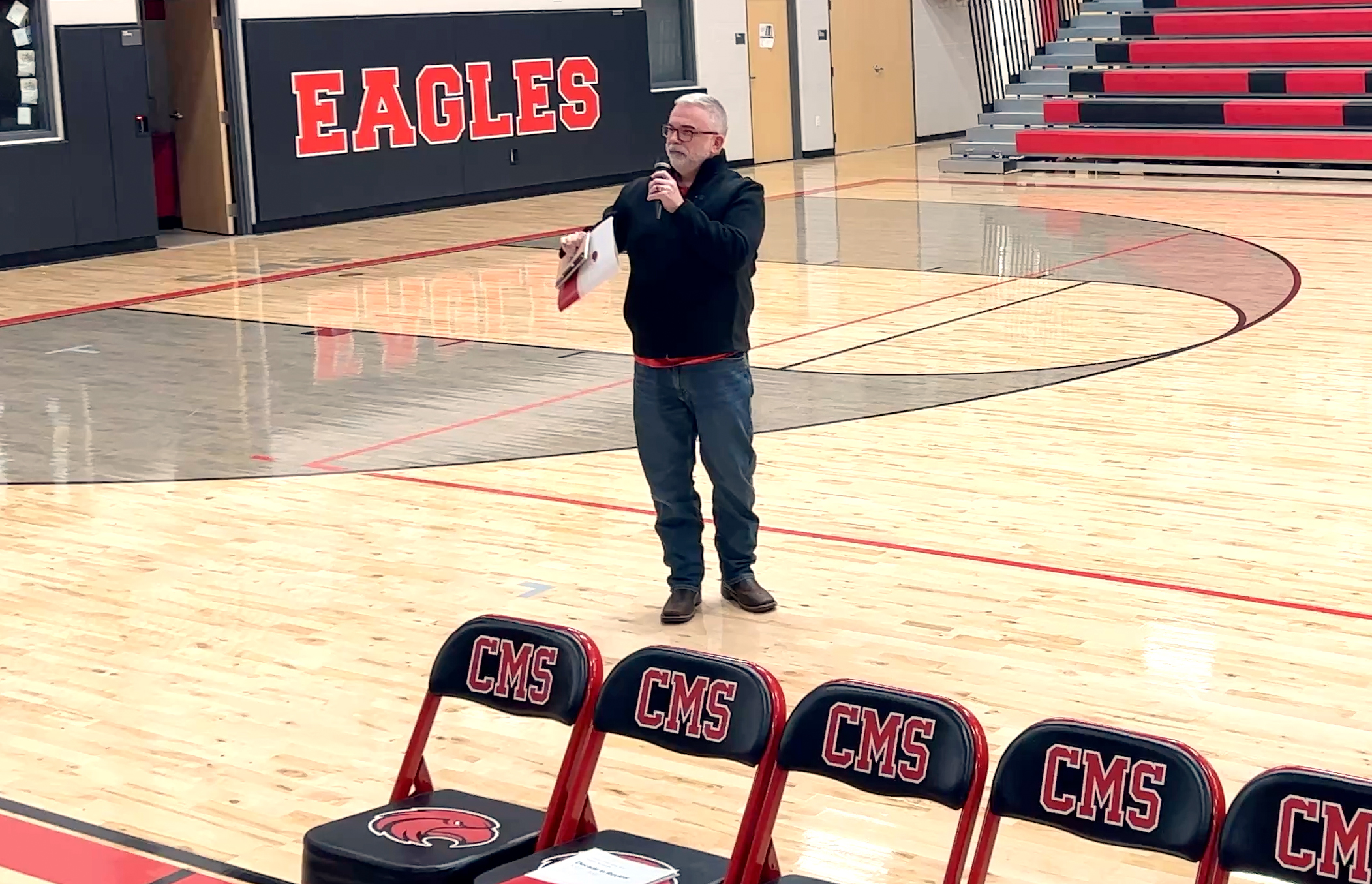 Dawson Education Service Cooperative director and Cutter Morning Star alumni, Darin Beckwith, talks about his days as a student and what made the school so special. - Photo by Brandon Smith of The Sentinel-Record