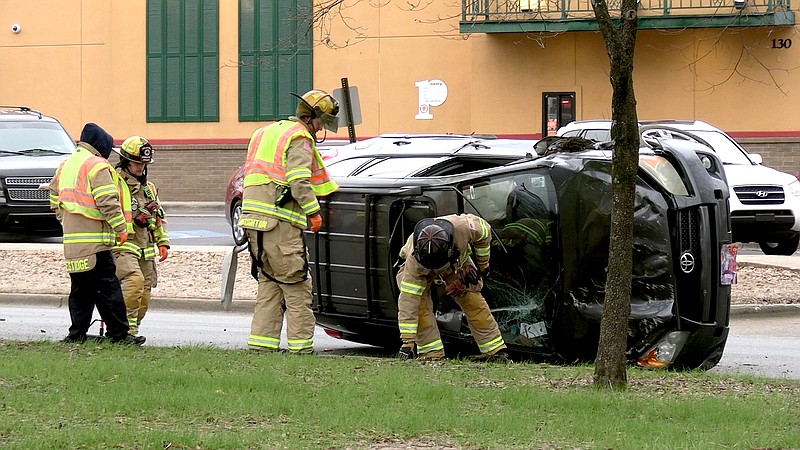 Hot Springs firefighters work the scene of a single-vehicle rollover wreck in the 100 block of East Grand Avenue Tuesday morning. - Photo by Lance Porter of The Sentinel-Record

The driver of a Toyota SUV that rolled over in the 100 block of East Grand Avenue Tuesday morning is facing a driving while intoxicated charge, fourth offense, after allegedly fleeing the scene of the incident, according to Hot Springs police.

The driver, an unidentified woman, lost control while westbound shortly after 10:30 a.m., left the roadway to the left and struck a tree in the median causing the vehicle to flip, Hot Springs police Cpl. Jjesus Anaya, the department's public information officer, said.

The driver, who briefly fled on foot, was transported by LifeNet to National Park Medical Center and later charged with leaving the scene of an accident, careless and prohibited driving and driving while intoxicated, fourth offense.