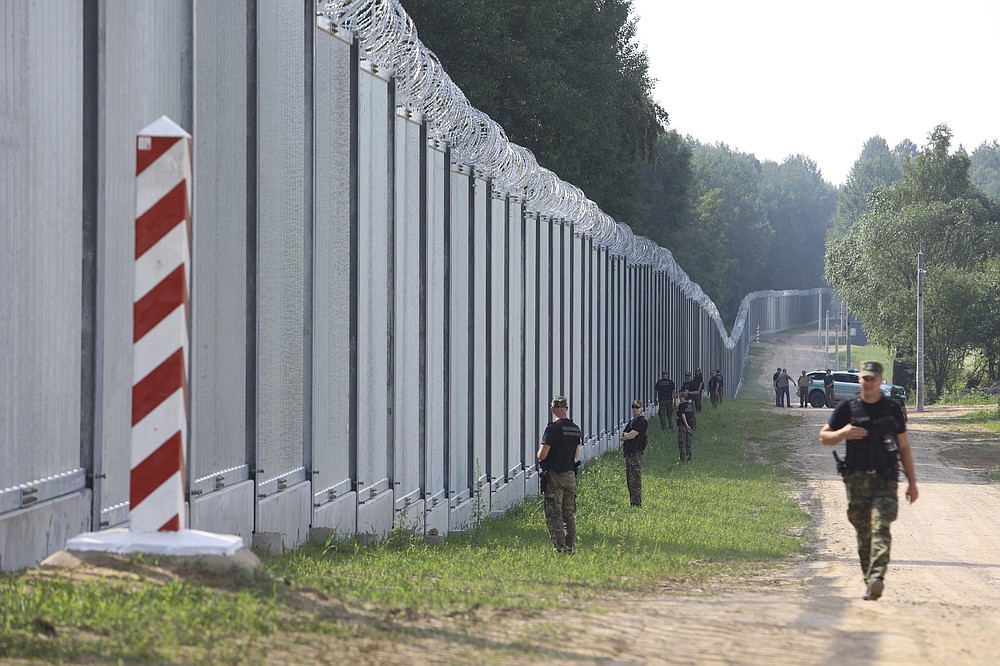 FILE - Polish border guards patrol the area of a newly built metal wall on the border between Poland and Belarus, near Kuznice, Poland, Thursday, June 30, 2022. When relations with Belarus deteriorated after its authoritarian President Alexander Lukashenko was declared the winner of an election widely seen as fraudulent, the government in Minsk sent thousands of migrants streaming across the EU's frontiers. In response, Poland and Lithuania erected walls along their borders with Belarus. (AP Photo/Michal Dyjuk, File)