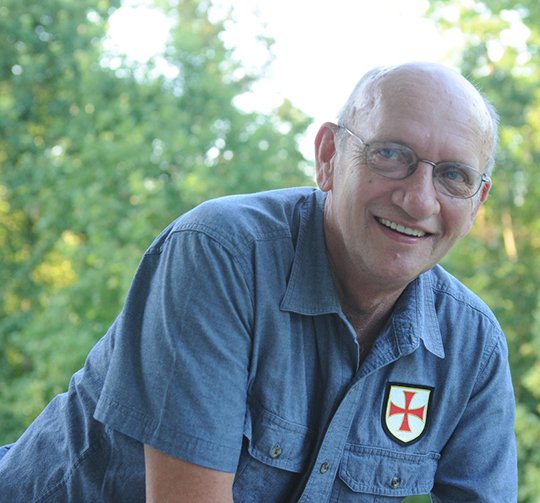 Submitted photo FIRST WORK: "The Braverman Tablet" is the first work of fiction published by Jessieville resident Denny Lee Penticoff. The book is available through special order at major book stores and online through Amazon, Create Space and Kindle.

What if someone from the eastern hemisphere found their way to South America two millennia before Christopher Columbus and left behind an artifact that could alter history?

That is the central question in Jessieville resident Denny Lee Penticoff's first published work of fiction, "The Braverman Tablet."

According to the website for the book, it follows the story of an Indiana Jones-like archaeologist and professor after he and his colleague and lover, Teresa Vega, an anthropologist, are given an obsidian tablet engraved in Biblical Hebrew. The tablet was found by two American tourists, Aaron and Betty Braverman, and their Mayan guide while visiting the Yucatán.

"The inscription may be a new revelation from God but is incomplete," the site said. "Its discovery ignites worldwide interest, particularly from the Mormon church, desperate for archaeological evidence to prove the historicity of the Book of Mormon. Josh and Teresa are plunged into intrigue, corruption and are nearly torn apart when a Mexican crime syndicate tries to murder them and sell the tablet in the black market. They might find salvation from a Japanese industrialist, but don't trust his motives or his omniscient abilities."

Penticoff was inspired by a mixture of his own visit to the Yucatán 20 years ago and his interest in history, which he said he "salt and peppered" throughout the book. Penticoff said the places and historical facts are accurate, but the story is completely fiction.

"I tried to bring (the history) in a way that is completely plausible," Penticoff said.

Penticoff said he originally wrote the book after visiting the Yucatán two decades ago. He decided this past Christmas to pull the manuscript out and update it for 2016.

In addition to his work with the ASA, Penticoff has worked as an attorney, a district manager for Federated and owned his own mortgage company.

He retired in 2002 and moved from Florida to Mountain Home. In 2007, he and his wife, JoAnn, built a home near Jessieville.

"The Braverman Tablet" was self-published in May of this year and is intended to be the first of a trilogy. He is currently working on the second book, "Quest for Eden," and hopes to have it out by Christmas.

He said the timing of the second book depends on his editor, Carol McKibben, who he said is superb.

"She helped me turn a good story into a great book," Penticoff said.

According to Penticoff, "The Braverman Tablet" can be purchased through special order at any major book store or online through Amazon, Create Space and Kindle.