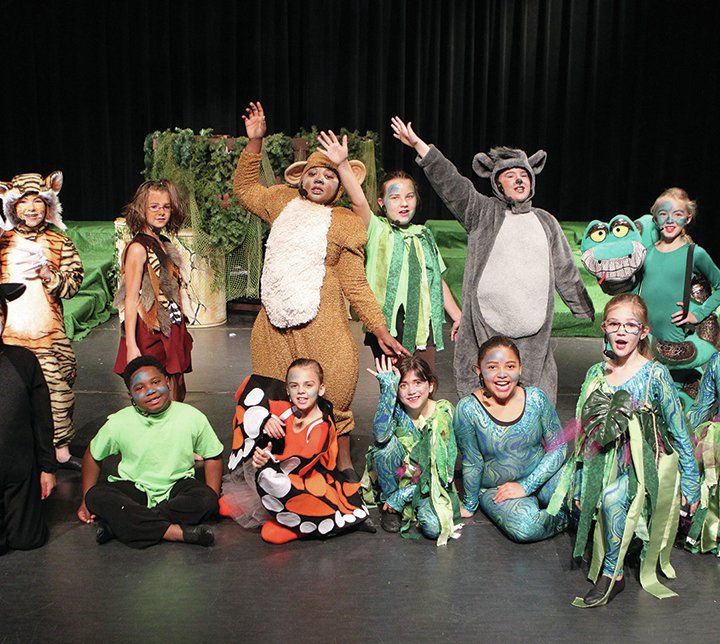 Rudyard Kipling's characters are taking over the stage of Oaklawn Visual and Performing Arts Magnet School, 301 Oaklawn Blvd., for the school's production of "The Jungle Book Kids."

Whitney Thornton, arts coordinator for the school and production coordinator for the play, said this year's performance is different from plays they have done in the past. She said they chose to do this musical because it had great colors, great music and is child friendly.

Thornton described the play as the story of a young boy, Mowgli. After being raised by wolves, "young Mowgli is sent off in search of the man village to stay safe from Shere Khan. Along the way, he encounters lasting friendships that help him realize his place is in the village, but that he will always have a place in the jungle." The play is based on the Disney film.

Every student in the school, which is Pre-K through fourth grade, participates in the musical, according to Thornton. Each grade performs in at least one song on one of the two days the show will run. The dance students will perform in different musical numbers throughout the show.

Half the students will perform during one day's performances while the other half watch. Then they will switch for the second day of the show.

Third- and fourth-grade students auditioned for the main cast roles at the beginning of the year. They had to learn dialogue, music and create their own audition choreography.

The cast has been rehearsing since the beginning of September, she said.

Thornton said that, for the main cast, taking part in the play has given the students more pride in their school and made them feel like leaders for the younger students and given them a great sense of accomplishment.

"This is a great way for the students to feel responsible, to feel involved," Thornton said.

In addition to the students, Thornton said the entire staff of the school has worked to put the production together.

The play is directed by Steve Hogue, with musical director Kina Clayton. Choreographer is Abigail Baze and set design is by Allison Cote. The school arts staff working on the play are Jessica Jeffers, Matthew Everett and Mike Wyatt.

"I think it is amazing what we do here and what our students do here," Thornton said. "There is so much thought that goes in to this, so much hard work, so much heart goes into it. It is something I feel like our students remember forever."

Admission to the play is free. Performances will be at 9 a.m. and 6 p.m. Tuesday and Thursday. The doors will open at 7:30 a.m. for the early performance and 5:30 p.m. for the later performance. Thornton said they have had a full house at previous years' performances.