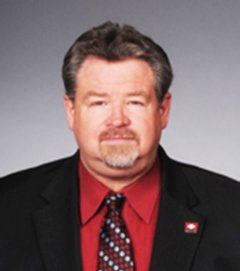 State Sen. Alan Clark, R-District 13, called a Department of Human Services internal email he said was withheld from the legislative oversight committee he co-chairs the "smoking gun" in the attempt to conceal information related to the investigation that led to the removal of seven Garland County children from their home in January 2015.

A DHS Division of Children and Family Services supervisor sent the email to other DCFS personnel Jan. 13, 2015, the day after the children were placed in DHS custody following the execution of a search warrant by the Garland County Sheriff's Department's Tactical Response team at Hal and Michelle Stanley's Treasure Isle Road home.

The Stanleys' attorney, Joe Churchwell, obtained the email from DCFS and provided it to The Sentinel-Record. The release of the email coincides with the release of an analysis concluded in June by a DHS-contracted consulting firm. It found that from January 2015 through March 2016, at least 300 child removals may have been unnecessary, contributing to a 30-percent increase in children entering the foster system from January 2015 to the end of last May.

A report to the child abuse hotline alleged the Stanleys had poisoned, burned and injured their children, leading to the Arkansas State Police's Crimes Against Children Division issuing nine true findings of abuse that an administrative law judge overturned almost a year later on grounds of insufficient evidence.

The email said the CACD's case against the Stanleys "feels like the ultimate violation of a families (sic) freedom to live their own culture."

The allegations included reports that Hal Stanley had forced his children to consume Miracle Mineral Supplement, the substance sought by the sheriff's department's warrant. DHS Office of Appeals and Hearings Administrative Law Judge Gary Austin's final order overturning the true finding of exposure to a poisonous/noxious substance determined that there was no evidence in support of claims that the children had consumed the substance.

The email said that the Stanleys' unconventional parenting didn't rise to the level of abuse or neglect. The 12 true findings of educational neglect related to their failure to properly register their six minor-aged children as home-schooled are likely to be overturned without a hearing, Churchwell said.

The CACD has said it won't defend the appeal, and Churchwell said Austin has indicated he'll issue a final order overturning the true findings without convening the hearing scheduled Nov. 11.

The order will remove the couple from the Child Maltreatment Central Registry, which they were placed on in February after a mediated agreement returned custody of the four youngest children in March 2015. Following a 60-day trial home placement, where DCFS case workers had access to the family's home for 20 hours a week, Hall and Michelle Stanley were given full custody of the seven children June 24, 2015, Churchwell said.

"It is apparent to me that this family has its own unique culture," the email said. "They home school. They don't believe in modern medicine, and they use a legal vitamin to try and keep the children healthy and from all accounts it appeared that the children were very healthy.

"From reports, the search warrant did not find anything that would constitute the children being severely maltreated. It appears to me the only thing this family has done is not conform to modern society and how certain government officials feel they should be living."

Clark said Wednesday that he learned of the email a few weeks before the Legislature's Joint Performance Review Committee's Sept. 15 hearing on the need for CACD and DCFS oversight. He wasn't provided a copy until the day before the proceedings. He had asked for all of the information related to the Stanley case before the JPR committee began looking into DCFS and CACD's enforcement of the Child Maltreatment Act in July 2015.

"It indicates a cover-up from the day after it happened," Clark said, referring to the Jan. 12, 2015, date the children were removed from their home. "I had asked for everything on the Stanley case. By law, they have to give it to me. I asked for everything, but I didn't find out that (the email) even might exist until about two weeks (before the hearing)."

Clark said DHS told him it was unaware of the email, which a DHS supervisor and CACD Area 9 Administrator Michelle Gatlin were copied on. The law prohibits DHS from commenting on specific cases. It didn't respond Wednesday to a request for comment on the email.

Clark said a Bureau of Legislative Research attorney advised him that he'd be violating the confidentiality provision of the Child Maltreatment Act if he distributed the email to other legislators on the oversight panel. The law prohibits the disclosure of information DHS compiles during maltreatment investigations. Violating it is a Class A misdemeanor punishable by up to a year in jail and a $2,500 fine.

"Another legislator can ask DCFS for it, but I can't give it to them if they ask me," he said. "It's the most absurd thing I've ever heard. It makes it impossible to investigate a cover-up."

Clark said DCFS and CACD have used the provision to deflect JPR Committee questions about the Stanley case and other maltreatment investigations.

"If you read the (email), there's nothing in there that could hurt the family," Clark said. "That's supposedly why we have to keep it secret, for the privacy of the family, but all it protects is people's careers. We need these agencies to protect children, but they're running roughshod over families like the Stanleys.

"You can't call this anything but persecution. It's amazing things like this can go on in the United States of America."

Churchwell said the analysis by Hornby Zeller Associates Inc. released Wednesday didn't touch on the role of parent counsels in the rise of children entering the foster system, which, according to the report, grew from 3,811 children at the end of 2014 to 4,932 at the end of last May. The court-appointed attorneys represent indigent parents in dependent-neglect cases, but Churchwell said they don't have the resources or inclination to adequately serve their clients.

"The parents' counsel is worthless," Churchwell said. "They're not zealously representing their clients, otherwise more kids would be returned. If they go in and fight, they'll lose their job, so a lot of kids are unnecessarily removed and stay longer in the system than they should."