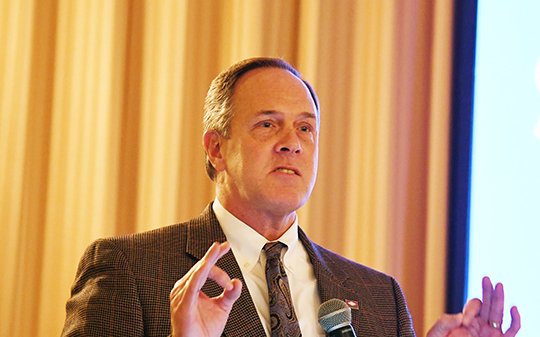 Mid-America Science Museum’s proposal to expand by 7,000 square feet would make it the largest venue for science exhibits in the state and allow national exhibits and new educational resources to come to Hot Springs, its director and a state representative said Wednesday.

City residents will vote on a $2 million capital improvement bond issue to fund the expansion in September. 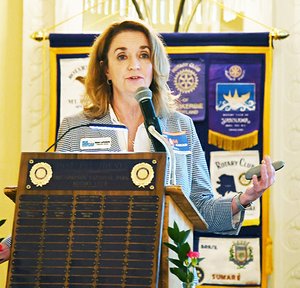 The museum’s most recent $7.8 million renovation took place in 2015 and LaFollette said visitation to the facility grew to about 125,000 visitors annually after the museum reopened. Now, the museum averages 110,000 visitors per year, which she called an impressive number, considering Hot Springs is home to only about 35,000 residents. She said that while museum visitors are primarily from Arkansas, they also come from across the country, with a large number visiting from states including Texas, Oklahoma, Louisiana, Tennessee and Missouri.

“The museum needs to continue to grow. We need to continue to find new ways to serve people, impact kids, serve our mission, foster that family learning, and provide those educational resources. In order to do that — there’s lots of ways that we can — but one way, if you look at history, one way to do that is through new exhibits,” LaFollette said.

The new addition will include 5,000 square feet for exhibition space and 2,000 square feet for utilities. LaFollette said the temperature and humidity will be separately controlled from the rest of the facility, which will allow Mid-America to maximize its partnership with the Smithsonian Institution, as it will be able to house exhibits that include artifacts that need to be protected from humidity and light.

She added that the space will be used for such things as conferences, workshops, professional development and after-school care when not being occupied by an exhibit.

LaFollette introduced Rotarians to some of the exhibits the museum is looking to bring to Hot Springs if the expansion is approved. Exhibits could include “Titanic: The Artifact Exhibition,” which tells the stories of individuals onboard the Titanic through recovered artifacts; “Star Wars and the Power of Costume,” which guides visitors through the process of creating costumes for the characters of “Star Wars;” “Hall of Heroes,” which allows visitors to assume the identity of their favorite superhero; and “The Animation Academy,” allowing visitors to explore the world of animation.

Warren stressed to Rotarians that the new expansion will not require taxpayers to put forth any additional funds. The bonds would be repaid using existing revenues of the Hot Springs Advertising and Promotion Commission.

“We are the envy of the rest of the state of Arkansas,” he said. “People love to come to Hot Springs. The one thing I want to emphasize here: we can’t become complacent. We have got to be looking for the next big idea, the next big event. What can we do that continues to make Hot Springs that place to come, the place in Arkansas to go, and this is it. One small decision for voters, one giant leap for kids.”

In 2016, Mid-America was one of only 10 institutions in the United States to be awarded the National Medal for Museum and Library Service.

“We are being recognized, not just on a state level, on a national level, and we’re talking about making this museum even better,” Warren added.

According to the museum’s website, if approved by voters, the anticipated completion of the expansion will occur in nine to 12 months, with a tentative opening in fall/winter 2019.