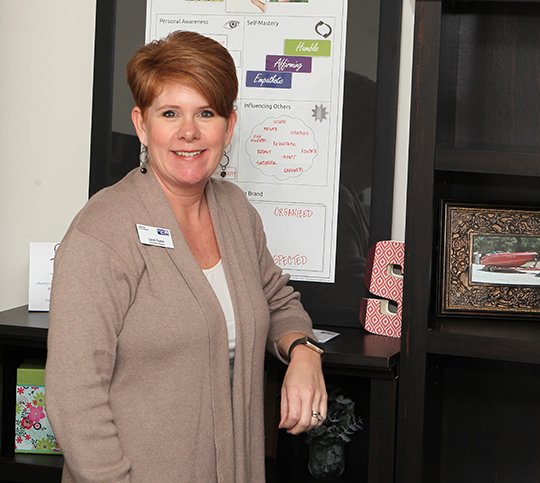 Arkansas native Sarah Fowler has stepped into her new role as United Way of the Ouachitas executive director following the retirement of former director Jane Browning.

As executive director, Fowler will be responsible for planning, organizing, directing and conducting all facets of resource development including workplace giving, fundraising and impact events, a news release said. She will also oversee the community impact process, work closely with the board of directors, and build stronger relationships with area nonprofit and business communities.

Fowler and Browning were hired by United Way at the same time, having preplanned for Fowler to take over when Browning retired.

"We were hired in succession when the board hired us both. Basically, it was just kind of whenever she was going to retire is when I would roll up into the executive director role. I've worked here the same amount of time as she has and I've known that it was going to happen," Fowler said.

Until this year, Fowler served as United Way of the Ouachitas' resource development director.

One of her goals in this new role is to strengthen United Way's relationships within the local business community.

"United Way not only raises money to create impact through our partner agencies, but we ourselves create impact and we have programs that we do out of our office, which is now just a staff of two people. We're super small and we've got a lot of programs that we do, too, that folks may or may not be as familiar with. We want local businesses to know who we are, what we do, and why we do the things we do," Fowler said.

She added that educating United Way's board of directors on those same topics is another goal in 2018, which will begin with a board retreat next week during which a facilitator will talk about board/CEO relationships. Board members will complete self assessments during the retreat to aid Fowler in better moving the organization forward and equipping them as members of the board.

"Sometimes board members know who you are and they know that you do good work, but what is it that you really do? If you can't engage people -- it's hard to engage folks if they're not educated on what they're serving for. So, my goal is to really educate them and then hopefully that will draw more engagement.

"There's only two of us so we can't be everywhere all at the same time, but (our goal is) to really start to build and lay those foundational relationships and build on the ones that we have, not just with the business community but also with our partners," Fowler said.

Fowler received her Bachelor of Professional Studies from Arkansas Tech University and is a graduate of United Way Worldwide's Global Fellowship Program. She and her husband, Don, have two daughters, Elizabeth and Alexandra. In her spare time, she enjoys baking, cooking, quilting, crocheting, boating and spending time with family, friends, and her Sheltie, Zoey.