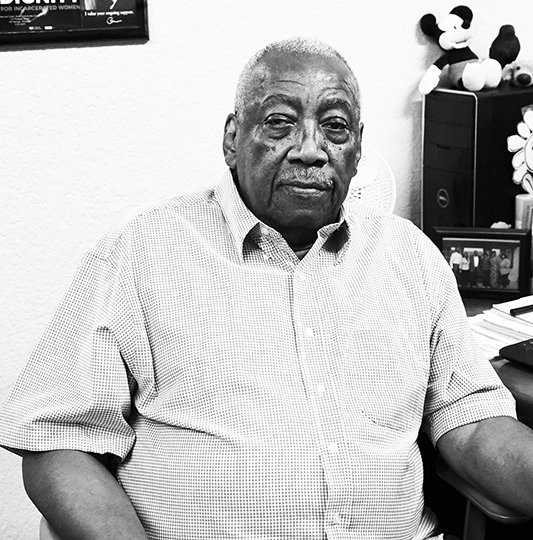 The Sentinel-Record/Grace Brown DEDICATION: The front room of the Webb Community Center will be named in honor of the center's executive director, William "Bill" Watkins, during a dedication ceremony on July 21 at the center.

The front room of the Webb Community Center will be named in honor of the center's executive director, William "Bill" Watkins, during an upcoming dedication ceremony.

The center, located at 127 Pleasant St., will host a reception from 2-5 p.m. July 21 to salute Watkins for all of his hard work and dedication.

The room will be named the William C. Bill Watkins Room.

Though hesitant at first, Watkins, a retired police officer, assumed the role as the center's executive director in 2012 despite its major financial problems. According to Mary Moore, event coordinator and board member for the Webb Center, Watkins was instrumental in repairing the center's reputation.

"In 2011 I found out that the Webb Center was behind three payments on the note, and all the utilities were shut off. We raised money so we could catch up on the note and we got the utilities back on, and then we had to find a director and form a board," Moore said, adding that several respected individuals in the community suggested Watkins for the open director position.

"They told me Mr. Watkins would be a good director because of his experience, because of his connection with the community and because he's been here all of his life and he's served as a police officer," Moore continued. "The reputation of the Webb Center had kind of gone down, so you had to put someone in there that people trust and respect. I was calling and pretty much begging him, and to make a long story short, he accepted."

Moore noted that because Watkins is not financially compensated for his work with the Webb Center, the dedication is their way of thanking him.

"We're having this program because we didn't want to just say, 'Hey, Mr. Watkins, we're going to name the room after you,' and go on, because it's an honor for him -- it would be an honor for me," she said. "We want to share it with the community. And, we want to 'give him his flowers while he lives.' I had a friend that said once, 'I don't want any flowers at my funeral; if I didn't get them while I was living, I don't want them at my funeral.' You go to a funeral and people are going on and on about the person, and, well, that person can't hear it, doesn't know it. You should have told them while they were living. We want him to know that we the board appreciate him and the community appreciates him. It would be a legacy for his family."

Watkins joined the Hot Springs Police Department in 1964 and was promoted to sergeant within six years before becoming a lieutenant in the 1980s. He spent five years as a probation officer for the 18th Judicial District East, then switched gears and began working as an investigator for Prosecuting Attorney Paul Bosson, and later his successor, Steve Oliver.

Watkins said his six years as the center's director have been "altogether a different experience" than his law enforcement career.

"We've all gotten along pretty good and we've all filled in; I've had a lot of help," he added. "My family has been a real big help -- they're the ones that got me started on this."

Moore said, jokingly, that she refers to Watkins as "the Godfather."

The reception, to be emceed by the city's District 2 Director Elaine Jones, will be open to the public and light refreshments will be served.