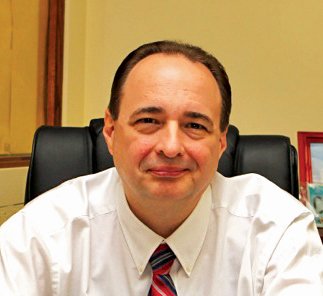 " ... Ensure that this never happened again."

Those words, spoken 17 years ago by Kenneth Mascagni, a Shreveport attorney representing two survivors of the 1999 sinking of the "Miss Majestic" on Lake Hamilton, haunted my thoughts Thursday night as I watched the tragedy unfold on Table Rock Lake in Missouri.

Mascagni made the comment as we stood in the hot summer sun watching the remaining assets of Land & Lake Tours, which operated the duck boat, being auctioned off, with the proceeds going to the survivors of the tragedy.

Mascagni said the auction helped bring closure to his clients, Laura Todd and her son, James McGuirk, both of Louisiana. Todd lost her husband, Ronald, and two children when the "Miss Majestic" sank on May 1, 1999, killing 10 others.

"What they just wanted to do was to ensure that this never happened again," he said. "And, quite frankly, I don't know how to get the government's attention other than to sue them."

That was August 2001. I don't know if I believed, at the time, that history wouldn't repeat itself. I guess I had hoped that, if there were another incident, it wouldn't be of the magnitude that we saw Thursday night because of the changes that took place after the "Miss Majestic" sank.

Certainly, the safety of the amphibious tour boats will again be called into question with this latest tragedy, as it was nearly 20 years ago following the "Miss Majestic" sinking. The question is whether it will make a difference.

Many of the duck tour vehicles in use across the country were originally built for land and sea military logistical purposes, including conversions of the World War II DUKW, like "Miss Majestic," the 1960s LARC and the British Alvis Stalwart.

In 2002, the National Transportation Safety Board's final report on the "Miss Majestic" tragedy noted that "DUKWs were not originally designed for passenger service and do not have adequate reserve buoyancy to remain afloat in the event of a breach of watertight integrity."

"Inadequate maintenance" caused "Miss Majestic" to sink on Lake Hamilton, the NTSB found. The amphibious sightseeing vehicle was about 250 yards west of St. John's Island while touring Lake Hamilton around noon May 1, 1999. It had been in the lake only 5 to 7 minutes when its stern became awash; within a minute, the vessel was swamped with water coming over the stern, and it sank.

Investigations by the NTSB and the U.S. Coast Guard determined that water entered the hull through a loose rubber boot that was supposed to provide a watertight barrier where the drive axle penetrates the hull. Seven passengers and the driver managed to escape.

Unlike Thursday's tragedy, the "Miss Majestic" sank in picture-perfect weather. It did not capsize; instead, it sank by the stern, which contributed to the loss of life. Investigations determined that passengers became trapped under the boat's canopy due to the force of the rushing water and that an even greater loss of life may have resulted if all passengers had been wearing life jackets because of the vinyl canopy. Canopies are not part of the DUKW's original design; a metal frame was added after the vehicles were converted for commercial passenger service.

The NTSB report concluded that continuous canopies like the one on "Miss Majestic" represented an "unacceptable risk" to passenger safety, and should be replaced by a Coast Guard-approved version that does not restrict escape by passengers in the event of sinking. Whether the canopy contributed to Thursday's tragedy remains to be seen.

Survivors and families of the 13 victims from the "Miss Majestic" filed a total of seven lawsuits in U.S. District Court at Hot Springs against the tour boat company, Land & Lake Tours, and the U.S. Coast Guard, which was responsible for inspecting the vessel. They settled with the federal government for an undisclosed amount, and the tour boat company's assets were auctioned off. The families split the government settlement and the tour company's settlement that included the proceeds from the sale and a $1 million insurance policy held by Land & Lake Tours.

Mascagni later told me that the effects of the 1999 accident had been far-reaching. By 2002, all Coast Guard rules and regulations regarding the operation of ducks on water in commercial operations were substantially different from what they were in May of 1999, he said.

It's impossible to predict what changes might result from Thursday's tragedy in Branson. But I will repeat what was said 17 years ago: This should never happen again.