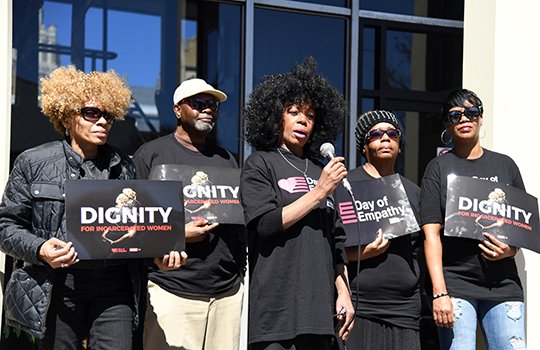 Ruby Carter-Welch, center, speaks to the community about the struggles incarcerated and formerly incarcerated women face in the justice system on Tuesday, the National Day of Empathy, during a program presented at City Hall. Carter-Welch said she worked with the University of Arkansas for Medical Sciences as a community advocate for formerly incarcerated women after being released from prison. She said she hopes to bring about awareness and change in her hometown.