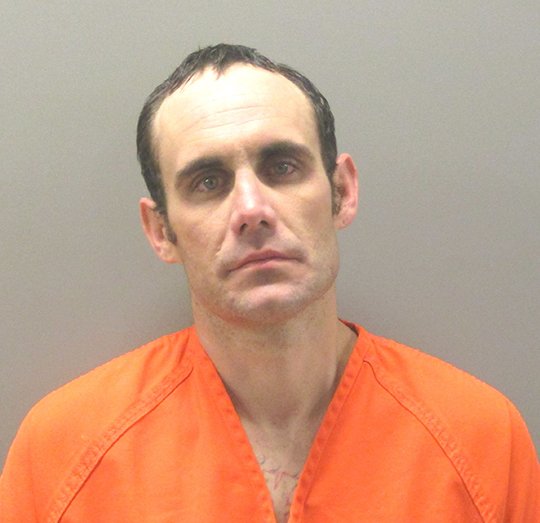 A shoplifter who threatened a Walmart employee with a pellet gun last year pleaded guilty to a felony robbery charge Monday in Garland County Circuit Court.

Andrew Rodney Hetherington, 32, who has remained in custody since his arrest Dec. 6, 2017, was originally charged with aggravated robbery, punishable by up to life in prison, and set to stand trial Aug. 16. He pleaded guilty to a reduced charge of robbery and was sentenced to 10 years' supervised probation, fined $2,500 and ordered to pay $420 in court costs.

According to the affidavit, on Dec. 6, around 5 p.m., Hot Springs police were dispatched to Walmart, 1601 Albert Pike, to a reported robbery and spoke to an employee who said about 15 minutes earlier he had seen a white male, later identified as Hetherington, selecting several items of merchandise and concealing them in his pants.

Hetherington told the employee he had a gun and would use it and pointed to the gun in his waistband. He then fled the store but was located moments later by Officer Justin Bradbury in the parking lot at 1623 Albert Pike.

Bradbury noted Hetherington was shirtless and kept reaching for his waistband. A handgun then fell down his pants into his pants leg where it was recovered and found to be a pellet gun "the average person would believe to be an actual firearm," the affidavit states.

When questioned later, Hetherington stated he was shopping at Walmart and had purchased a yellow bandanna and a soda, but had also selected a Batman hat but forgot to pay for it at the self-checkout. He said he was stopped by an employee and a scuffle ensued during which he lost his jacket and shirt.

He admitted to being in possession of a pellet gun and that he didn't have a receipt for the merchandise he had.