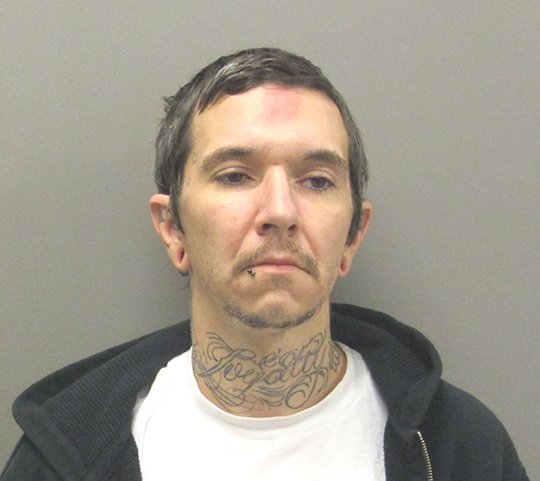 One of the last of nine primary suspects being sought as part of an almost five-month drug sting operation by the local drug task force targeting heroin dealers operating in Garland County was arrested Thursday afternoon.

"They picked him up at a house on West St. Louis (street)," Daniels said.

Evans is charged with a felony count of delivery of a controlled substance, heroin, punishable by up to 20 years in prison, as well as two felony warrants for failure to appear and was being held on zero bond. The warrant on the delivery charge was issued Oct. 15 and the charge was filed directly to Garland County Circuit Court.

The drug sting, dubbed Operation White Horse, resulted in the arrest of 13 suspects, the majority between Oct. 17 and 19, culminating in a news conference Oct. 19 held by Prosecuting Attorney Michelle Lawrence, who oversees the DTF.

In late May, DTF investigators had received information about "a small group of individuals establishing themselves as heroin distributors in and around the Garland County area," she said, leading to the planning and execution of the operation.

"A core group of six individuals with ties to other states, including California and Texas, were the primary focus," she said, with an additional three suspects with links to the original group added as the investigation progressed.

Heroin and three firearms, including an AR-15 assault rifle, were purchased from these nine suspects, Lawrence said, and roughly a half-ounce of heroin, with a street value of $3,600, "was taken off the streets of Hot Springs and Garland County."

In total, 13 individuals were arrested with ties to distribution of both guns and heroin, Lawrence said. Four of the guns were seized from convicted felons who are prohibited by law from possessing any firearms, resulting in additional charges against them, she said.

Of the nine primary actors identified, seven were in custody, but Evans was still at large at the time of the news conference so his photo and information was published in the Oct. 20 edition of the newspaper and on social media.

Another suspect, "the California contact," was still being sought but his information remained sealed, Daniels said.

According to the probable cause affidavit for Evans on the delivery charge, on Sept. 14, 2018, agents used a confidential informant to make a controlled purchase of heroin from Evans, who allegedly delivered three clear plastic bags of what later tested positive for heroin, approximately 2.5 grams.