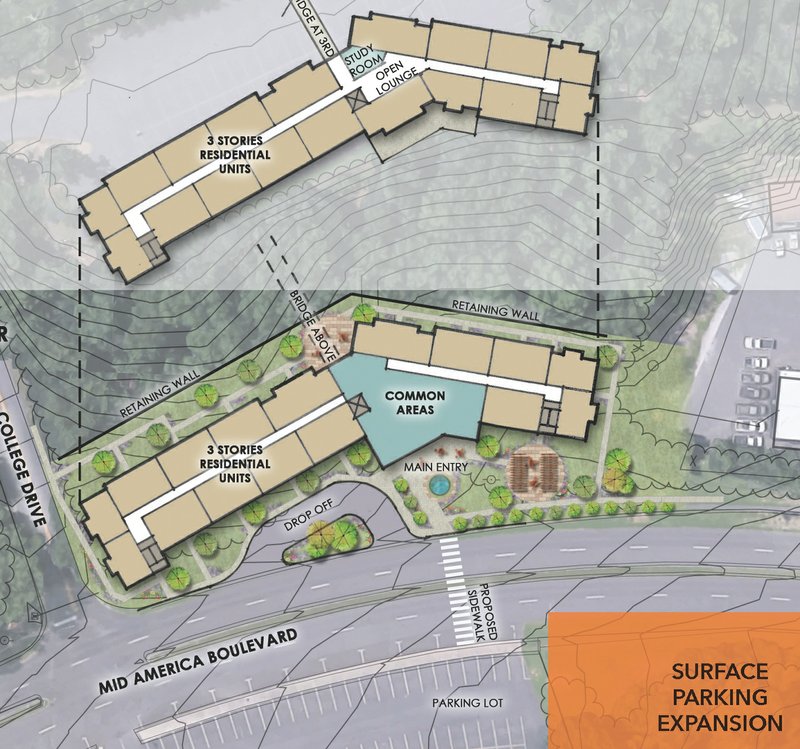 The National Park College Board of Trustees approved resolutions Wednesday to enter into contract negotiations for residence halls and food services.

Servitas was selected to build and operate on-campus housing. A comprehensive feasibility study completed by the vendor revealed a significant demand for affordable housing options.

During its June 27 meeting, the board approved entering a feasibility study as the need for on-campus housing was identified during a campus climate survey earlier this year. NPC plans to continue expanding its honors program and extracurricular activities. The college is set to announce three new sports Dec. 4 that will be added to the Nighthawk Athletics program.

Study results from Servitas indicated more than half of the 586 respondents were ages 17-24, and 86 percent would consider on-campus housing. One-quarter of all respondents commute more than 40 miles each day to attend NPC and 15 percent travel more than 60 miles daily.

John Hogan, NPC president, said in a news release he considers on-campus housing an investment in retention and student success.

"Residence halls on campus will allow us to attract a new market of students," Hogan said. "It is also an economic investment. Our ultimate goal is to retain those students in our community so they learn here, earn here and pour back into our local economy."

In June, Hogan said the college had been exploring on-campus housing for a year.

Demand is estimated at 237 beds. Servitas is recommending the college start with a 52,000-square-foot, 180-bed facility.

The three-story facility would be managed by Servitas through a public/private partnership, with it leasing the land from the college. Three suite styles were proposed in the building committee meeting ahead of the board of trustees meeting, two options featuring four beds and one featuring two beds.

Housing fees are estimated to be around $575-$725 monthly, depending on the style of unit.

The proposed location of the building would be just east of the Gerald Fisher Campus Center with a public entrance facing Mid-America Boulevard, according to an artist's rendering.

When asked about other locations on campus, Hogan said the location was proposed based on the feasibility study, but he expects that additional housing will need to be constructed over the years on campus.

Servitas would be under a 30-year land lease agreement with the college to build, maintain and manage the facility, which is expected to provide an annual return to the college.

The goal is to have the housing complete by fall of 2020. There are no upfront costs to the college for the project.

"We also think it's going to help with really retaining students within the county," he said. "A lot of our students we know in that age group, they make a decision, they want to go off to college because they believe they can have that full college experience. But if we had housing here on campus and giving students that option, we think students would really decide with their parents along, that they would stay in the county and pursue their degree right here at home."

Chartwells was selected to offer food services. The vendor will be housed in the new student commons building that is expected to be completed next summer and will also include a cafe and coffee bar and optional catering services.

Thomas said in the release quality food options improve a student's overall campus experience which helps with attracting new students to campus. The move will provide a variety of quality healthy food options for students, faculty and staff at an affordable rate. Students will be able to purchase meal plans using financial aid funds.

NPC will receive commissions from each sale and from catering events. Chartwells plans to have an on-campus chef with a staff of approximately 15 employees. They currently provide dining services to Lake Hamilton, Lakeside, Cutter Morning Star and Hot Springs school districts.