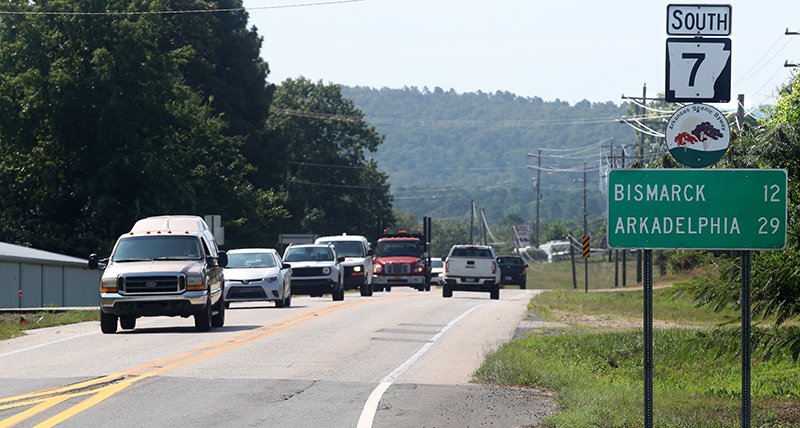 The Arkansas Department of Transportation said it has acquired almost half of the right of way pieces needed for Highway 7 south safety improvements it expects to bid later this year.

The project, covering 3.79 miles, according to the State Transportation Improvement Program, spans Garland and Hot Spring counties. ArDOT said a center turn lane will be added to the highway, and the bridge over Sorrells Creek will be replaced. A $7.8 million cost is estimated, with federal funds picking up most of the expense. The improvements are scheduled to be bid in November, joining numerous other projects the state highway agency has completed or has underway in Garland County.

They begin at the south end of the recently completed $10.7 million widening of Highway 7 south from the south shore bridge over Lake Hamilton to the Highway 290 junction and reach into Hot Spring County. A $4.52 million resurfacing of 3.7 miles of the King Expressway is in progress, and a 1.65 mile widening of Highway 270 west from the Highway 227 junction to Fleetwood Drive is scheduled to be bid later this year.

The projects are part of the more than $100 million ArDOT has invested in area road improvements since 2017, including the $80 million widening of Highway 70 east that was paid for by the 0.50 percent state sales tax voters approved in 2012.

ArDOT said it has acquired 39 of the 91 right of way sections for the Highway 7 south improvements. According to court records, ArDOT filed condemnation actions against two property owners earlier this month. One filing claimed the $3,250 offered for 0.14 acres in Hot Spring County was fair compensation, and the other asserted the $4,950 offered for 0.16 acres in south Garland County was also a just price.

The 1.04-acre section in the 6000 block of Central Avenue is the largest piece ArDOT has acquired for the project in Garland County. It was purchased for $8,850. A 0.58-acre piece on the opposite side of the street was acquired for $20,550.