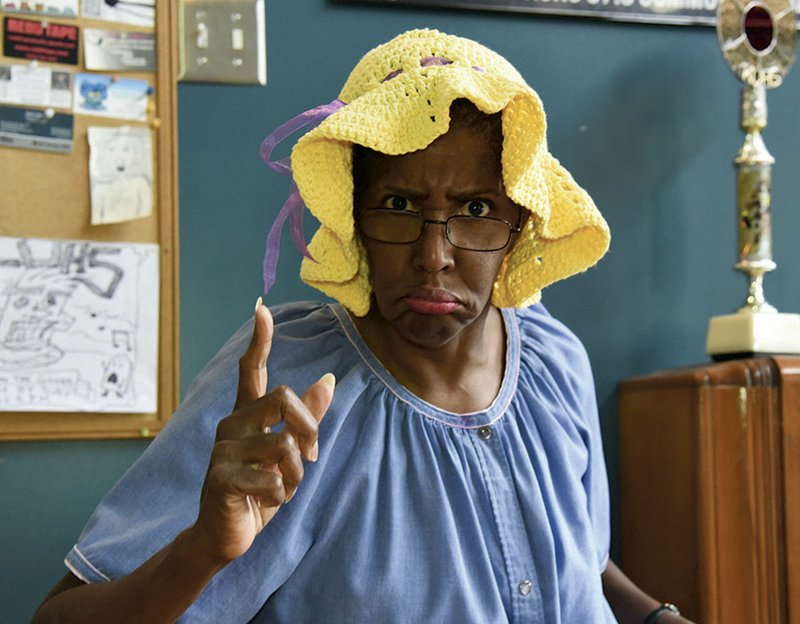 Pier Clark, known for her on-air personality, Mama P, has her photo taken at KUHS Community Radio Station dressed as Mama P. - Photo by Grace Brown of the Sentinel-Record.

Since the inception of Hot Springs' solar-powered community radio station, aspiring disc jockeys and on-air personalities have a platform and safe space to perfect their craft. While some local disc jockeys began airing their shows with ample experience behind the microphone, others approached the opportunity with clean slates, ready to learn the ins and outs of radio broadcast.

Nearly three years ago, Pier Clark decided to take a leap of faith and push herself to into the unknown territory inside a community radio station. Clark's long-standing show features her on-air persona, Momma P, special guests, music, and a healthy dose of comedy. While she claims she still has much to learn, Clark dedicates time in and out of the studio each week perfecting her craft so that she brings her listeners the best of Momma P every Saturday morning.

"So I came up here one day and Zac (Smith, KUHS station manager) happened to be here. And I talked to him about it. And, you know, he asked me the usual question, 'What do you know about radio?' And I told him,' I'm a virgin,'" she laughed.

Shortly after, Clark secured a time slot on-air and introduced Mama P to everyone listening to KUHS Community Radio. She spent the first few shows under the station manager's direction, learning how to work the soundboard, set up her playlists and navigate the station's system.

"It was exciting but intense. You know, anytime you take something on there's always that question of, 'Can I do this?'" she said. 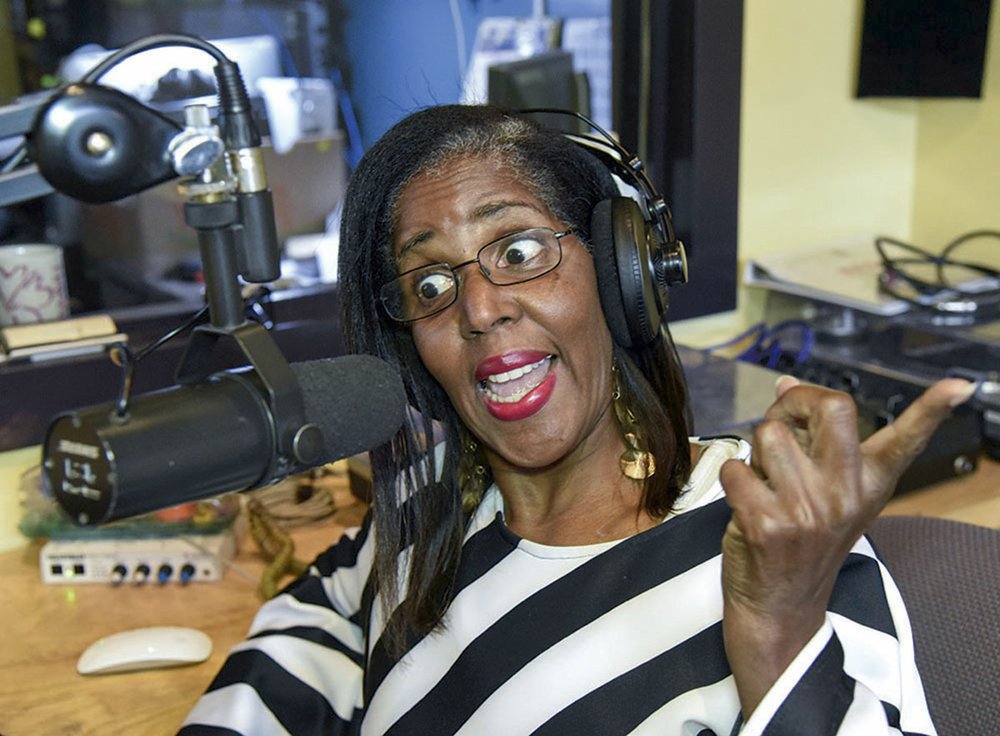 Pier Clark, known for her on-air personality, Mama P, demonstrates a segment of her show at KUHS Community Radio Station. - Photo by Grace Brown of the Sentinel-Record.

"I've always had a love for theater. So when this came up, it was just something new and challenging. I didn't know how I was going to handle it but I did," she said.

At first, she admits she shied away from the more complicated aspects of the station, but she said she has recently started to warm up to the technology around her. Clark said she feels like it took her a bit longer to learn everything because she was only in the station for a few hours on Saturdays.

"I don't know a lot of the stuff that these 20-year-olds and other (younger people) know, but I can do the basics of it. I'm perfectly happy with that. I am trying to learn a little bit more about the board and things because I think I'd like to do a little bit more," she said.

Once the station manager stepped aside and Clark began running her show solo, she admits the experience was a bit nerve-wracking. Aside from navigating the still unfamiliar technology around her, Clark said a large source of anxiety came from the fear she would "mess up" the live broadcast. However, after those first few solo broadcasts, Clark said a sense of confidence washed over her.

However, Clark said slipping into the shoes of Mama P each week feels effortless.

"My parents were older. So because they were older when I decided to come along, everybody I knew was older. I watched Moms Mabley and Red Fox growing up as a child and they were all older (at the time). So by being around so many old people, it was kind of easy to just do a little old woman. You know how it is, child," she said, shifting into her Mama P voice.

Throughout her show, Mama P introduces her listeners to a wide range of music across several different genres. In between songs, Mama P pops on-air to speak with her listeners and even show off her freestyle rap skills.

"Mama P just decides she's got something in mind and she comes up with it that quick," she said, snapping her fingers.

Clark also uses her platform to raise awareness about causes in the community she feels her listeners may find interesting and worthy of their attention. Most recently, she hosted a representative from a local gym to talk about the importance of a healthy lifestyle. 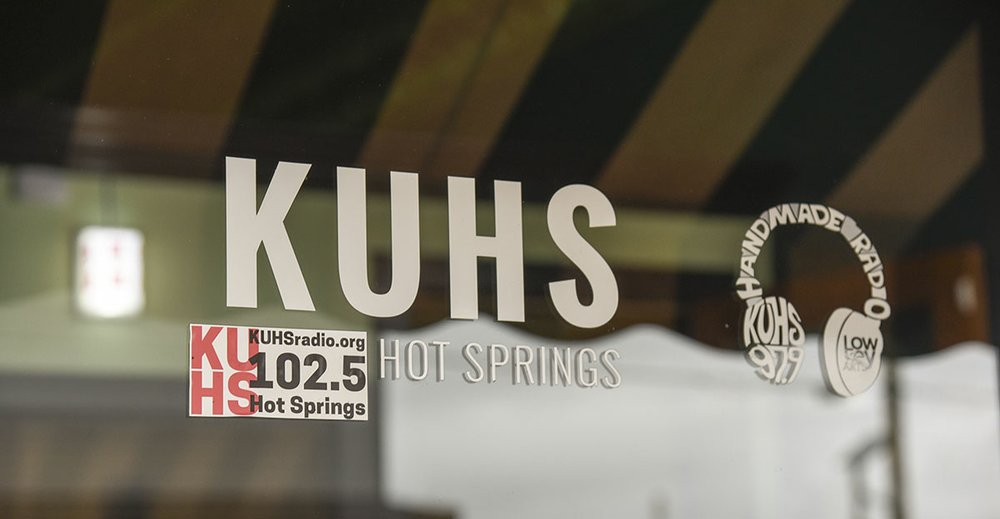 The door of the KUHS Community Radio Station is shown. - Photo by Grace Brown of the Sentinel-Record.

However, anyone going on the Mama P show needs to know how to have fun and roll with her bold character. Clark said she likes to get to know each one of her guests a little more prior to asking them to join her on-air. She puts great thought into maintaining a consistent atmosphere for her show and wants to ensure each guest fits within her plan. That includes staying in character throughout the show.

"Most of the time they know Mama P when we go on air because they've heard me. I just like to remind them, 'Now remember, I'm not Pier. I am Mama P, so that's who I be, baby," she said, slipping into character again.

For now, Clark says she sees no end in sight for her show at the community radio station. In fact, she only has her sights set on growth. Her show, "Mama P -- That's Me!" airs every Saturday morning from 8:30 until 10 a.m. on KUHS LP Hot Springs 102.5 FM.