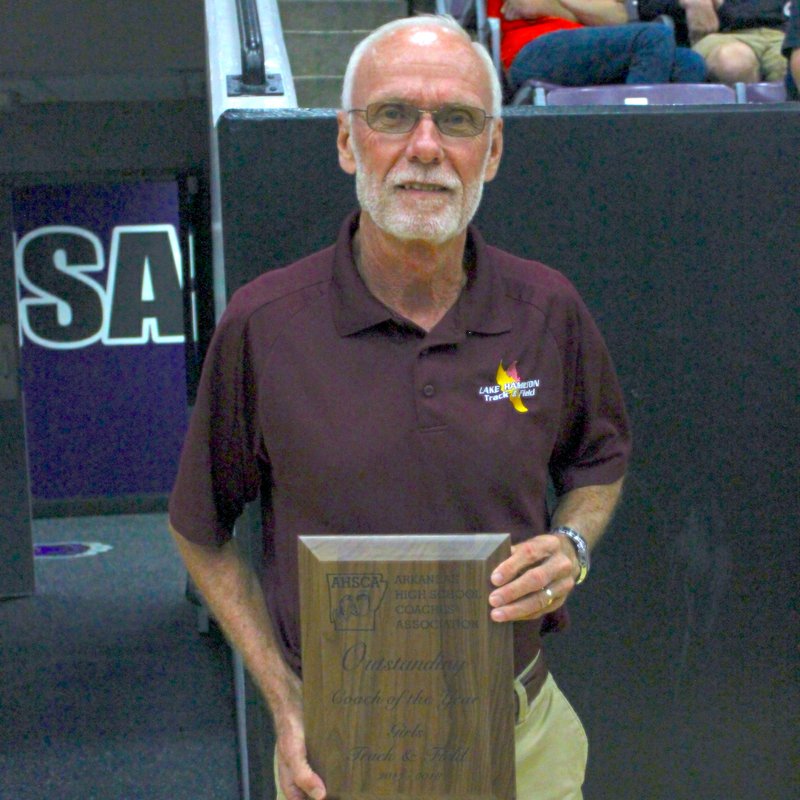 One of the most awarded high school track and cross country coaches in the state is among those announced Thursday as part of the state's 2019 Hall of Fame class.

Karl Koonce, who has accumulated 29 state titles and 45 state runner-up finishes in his 45-year career as a coach, is one of the six coaches who will be inducted into the Arkansas High School Coaches Association Hall of Fame on July 12 at the Hot Springs Convention Center. Gary Segrest, who coached at Lakeside after his long stint at Nashville before going to Mineral Springs, is also among those being inducted in this year's class.

"Obviously, it's a great honor, and I'm very appreciative of being nominated and, of course, being selected," Koonce said. "It's always great when fellow coaches and the association think enough of you to put you in something like that. I'm very humbled, and I feel very honored to be selected."

Koonce is the only active coach being inducted into the AHSCA Hall of Fame, having coached at Lake Hamilton since 1981. Prior to Lake Hamilton, Koonce coached for three years at Southwest Junior High, four years at Dumas High School and a year as a graduate assistant at Henderson State.

"I got hired here at Lake Hamilton as head track coach and cross country and assistant football," he said. "The cross country program grew to the point that I needed to quit football and concentrate on cross country.

"I enjoyed my time at football, but I really wanted to focus on cross country, and they allowed me to do that. A guy named Charles Payne, our superintendent and athletic director, let me do that, and I appreciate him doing that."

"I'm proud of those runners-up, too, because that beats third and fourth, too," he said. "You always want to get No. 1, but second is better than third, third is better than fourth and so on. We always try to be the best we can."

While Koonce's coaching career is impressive, he was an outstanding athlete in his own right, holding the Class B state record in the mile for 38 years and was the Class B state champion in the mile and 880-yard events in 1968 and 1969 while an athlete at Genoa Central. He was also the 1969 Class B Athlete of the Year and holds the record in the two events at Genoa Central as well as at Henderson State University, completing the events in 1:51.60 and 4:08.00 in college.

Koonce, the 2018 state champion boys' and girls' track and field teams, and the 2018 boys' cross country state title team will be recognized on Feb. 19 at the State Capitol.