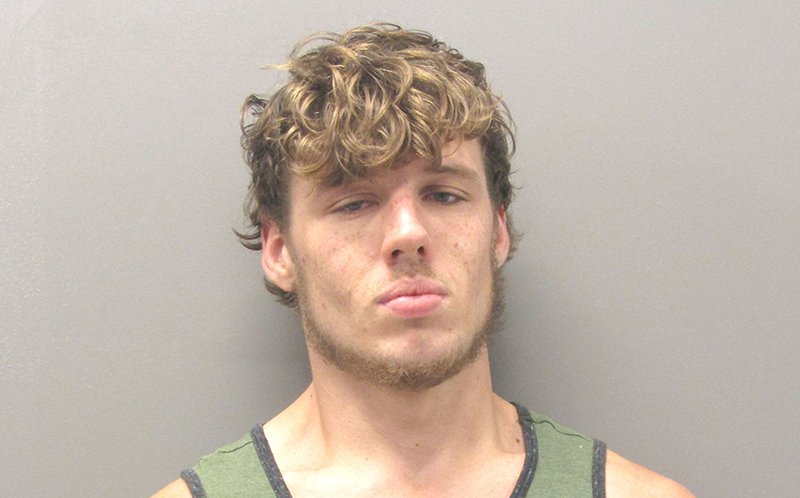 A check of a suspicious person lurking around a vacant house resulted in the arrest of a Jones Mill teen on felony and misdemeanor drug charges Tuesday morning.

Atlas was being held on $6,000 bond and was set to appear Wednesday in Garland County District Court.

According to the probable cause affidavit, shortly after 8 a.m. Tuesday, Hot Springs police responded to the 100 block of Brandt Place regarding a suspicious white male walking around a vacant house dragging a red wagon.

Upon arrival, officers walked around the house and located the red wagon containing various items including a butane tank, birdseed and a handheld vacuum cleaner. Officers did a quick perimeter search of the residence and located Atlas hiding underneath the porch area.

Officers immediately spotted a glass pipe in the teen's front pocket which was found to have a white crystallized residue so he was taken into custody. Upon a further search of his person, officers reportedly found a bag with multiple pills in his pocket, including 14 Xanax pills and 10 pills with strange emblems of the state of Texas and the New Orleans Saints football team that were tested and determined to be ecstasy.

Atlas had pleaded guilty on May 20 in Garland County to felony counts of theft by receiving of a credit or debit card and fraudulent use of a debit or credit card and was sentenced to three years probation, fined $1,000 and ordered to pay $170 in court costs.